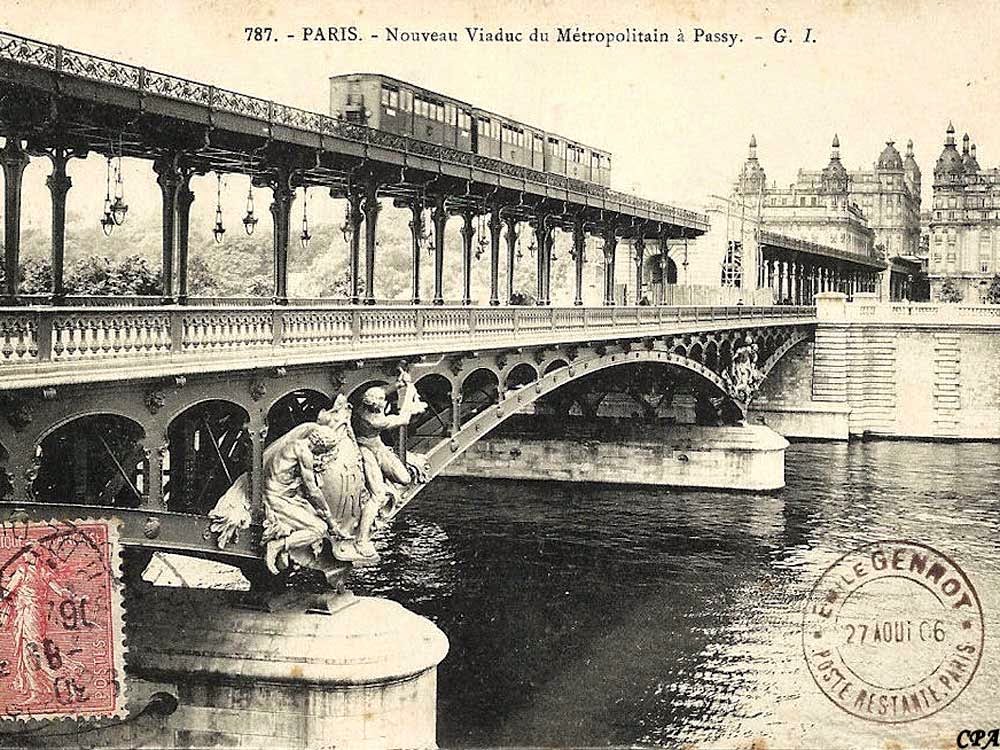 The bridge island hops with a monumental stone arch set on the Ile aux Cygnes marking the mid-point. On the tip of the island there is a striking equestrian statue. We assumed it was of Mars because it is close to the Champ de Mars, but it is much more entertaining than that. The work is by a Danish sculptor and is a gift from Denmark to France. It actually represents Joan of Arc, but is called La France Renaissante. When the statue was installed in the 1950s Joan was considered too warlike, too 'emphatic' an icon, and so after much argument and controversy, in order to avoid a diplomatic incident the name of the statue was changed and it was finally put in position, despite ongoing strong opposition to the work.

What the bridge looks like now.
Both the old and modern views are from the Quai Branly looking across to Passy. 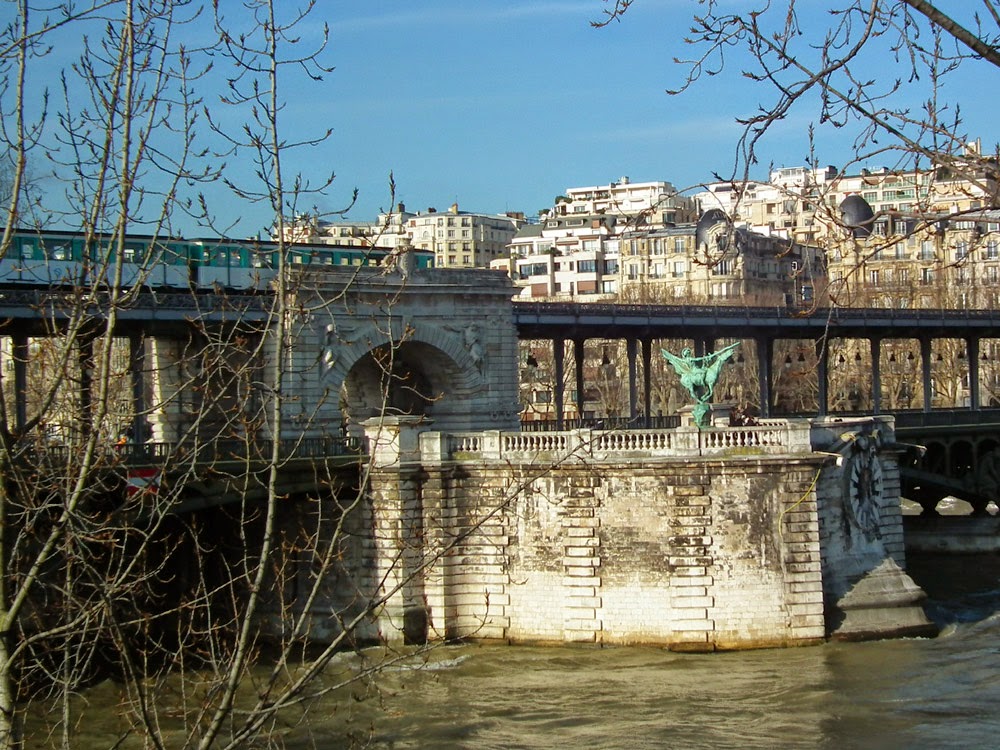 After the Second World War the name of the bridge was changed to Pont de Bir-Hakeim to honor those who fought in this crucial battle. Bir-Hakeim is to France what Tobruk, part of the same North Africa campaign, is to Australia. The plaque says 'At Bir-Hakeim from 27 May to 11 June 1942 the First Brigade of the Free French Forces repulsed the furious assaults of two enemy divisions and affirmed to the world that France had never stopped fighting'. The soldiers were mostly French Legionnaires and a thoroughly romantic and courageous bunch of chaps (and chapesses) they were. Check out the Wikipedia entry for an account of the battle and be sure to click on the links for the individuals present.

The plaque on the bridge commemorating the bravery of the French soldiers at the Battle of Bir-Hakeim. 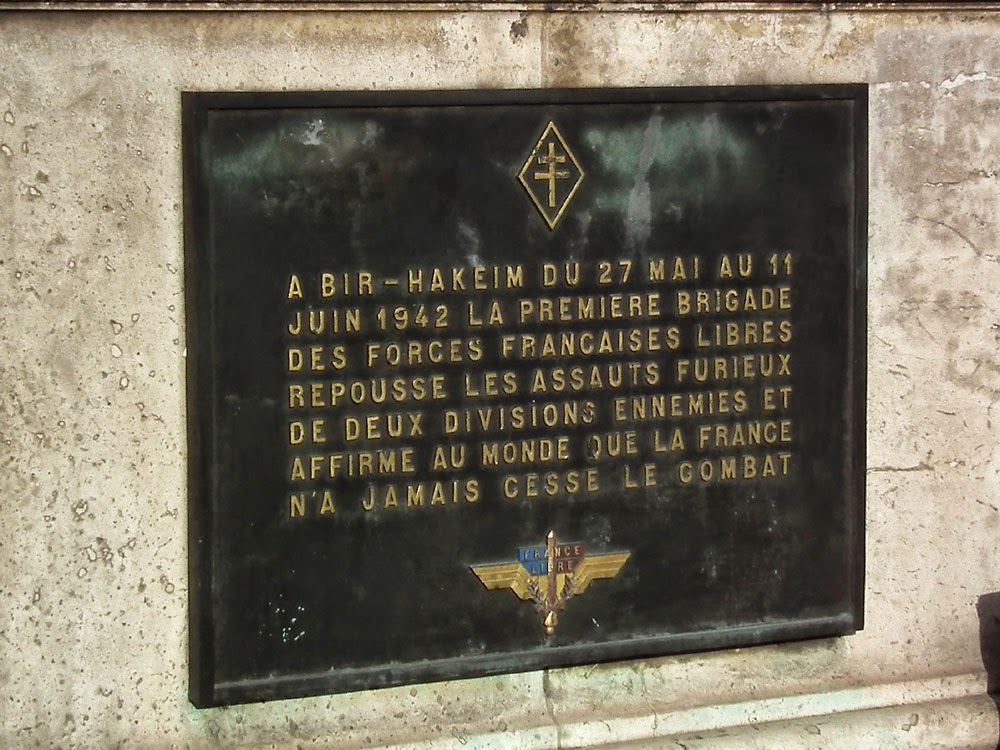 From the Pont de Bir-Hakeim, if you look downstream to the other end of the Ile aux Cygnes you can see a quarter sized replica of the Statue of Liberty.

A replica of the Statue of Liberty, looking towards her big sister in New York. 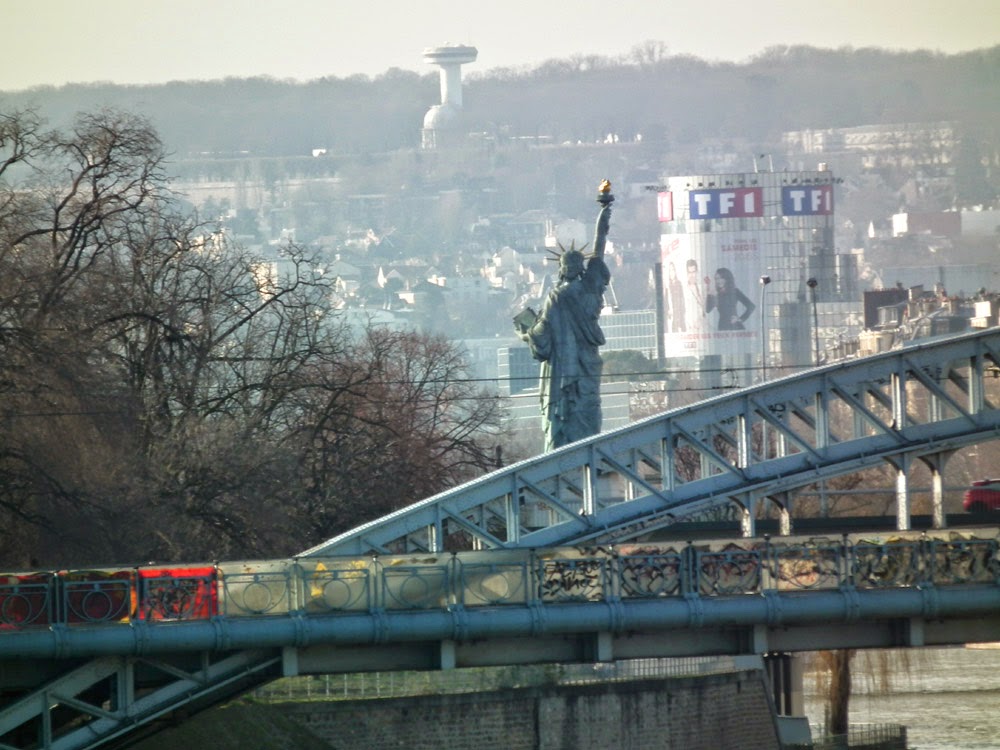 If you look across the river in the other direction you can see a big brown thing. 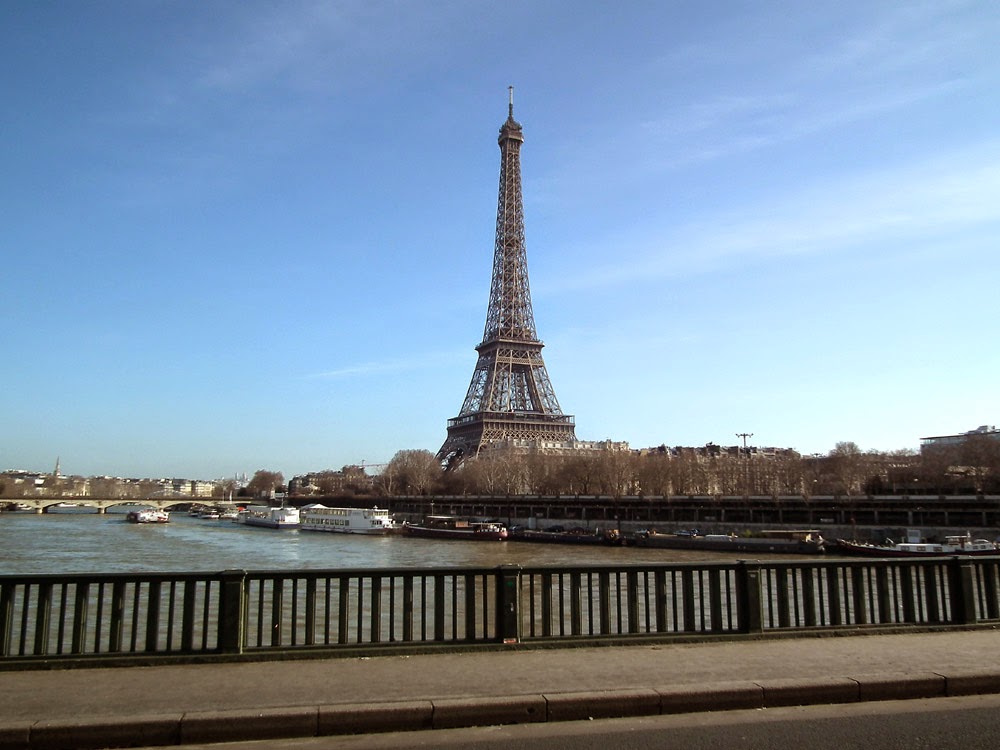 As far as I know, there is no Bir-Hakem District in the 15th arrondissement in Paris. Only the pont de Passy and the Grenelle metro station were renamed after Bir-Hakeim following WWII. This district is still known as Grenelle.

You are quite right -- it is known as Grenelle in French. However, the area is frequently referred to as Bir-Hakeim in English, I suspect because people remember the name of the station. I consciously referred to the area as Bir-Hakeim mainly so as not to complicate things. Technically I don't think Boulevard de Grenelle crosses the river, I think it stops at the bridge, and the street the other side is definitely called something else. It all just got too clunky in the opening para though.