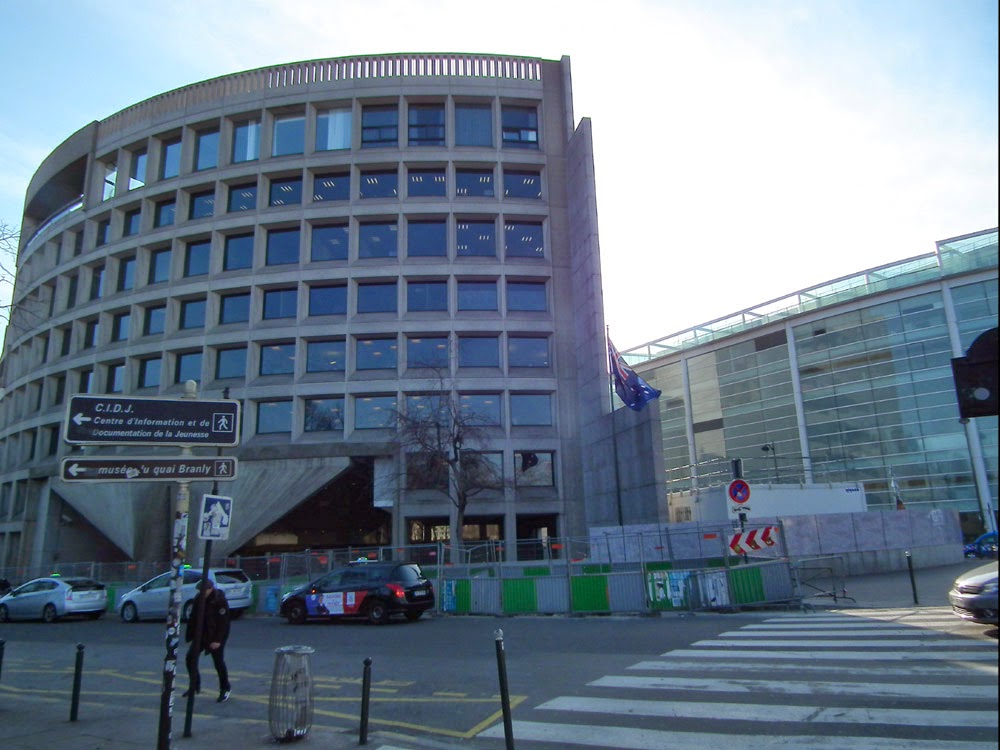 One of our goals on our recent Paris trip was to renew my Australian passport. To do this I had to go in person, armed with my old passport, the application form for the new passport and suitable photos. I was a bit worried about the photos as the Australian embassy site itself says that the spec for French passport photos is different to Australian. I was worried that a French ID photo booth would produce something that would be rejected. However, I need not have been concerned. The photos passed without a problem. Fortunately there is some overlap in the sizes, so photos at the maximum end of the French spec are at the minimum end of the Australian spec.

What I didn't have was a prepaid self-addressed envelope for them to post the passport back to me, so we dashed off to the nearest post office and bought a suitable envelope which I then dropped off at the relevant office in the embassy.

I'd never been to the Australian embassy in Paris before. In fact I didn't even know where it was and don't recall ever having walked past it even (although I suspect I have at least once). I was surprised to discover that it is almost next door to the Eiffel Tower. 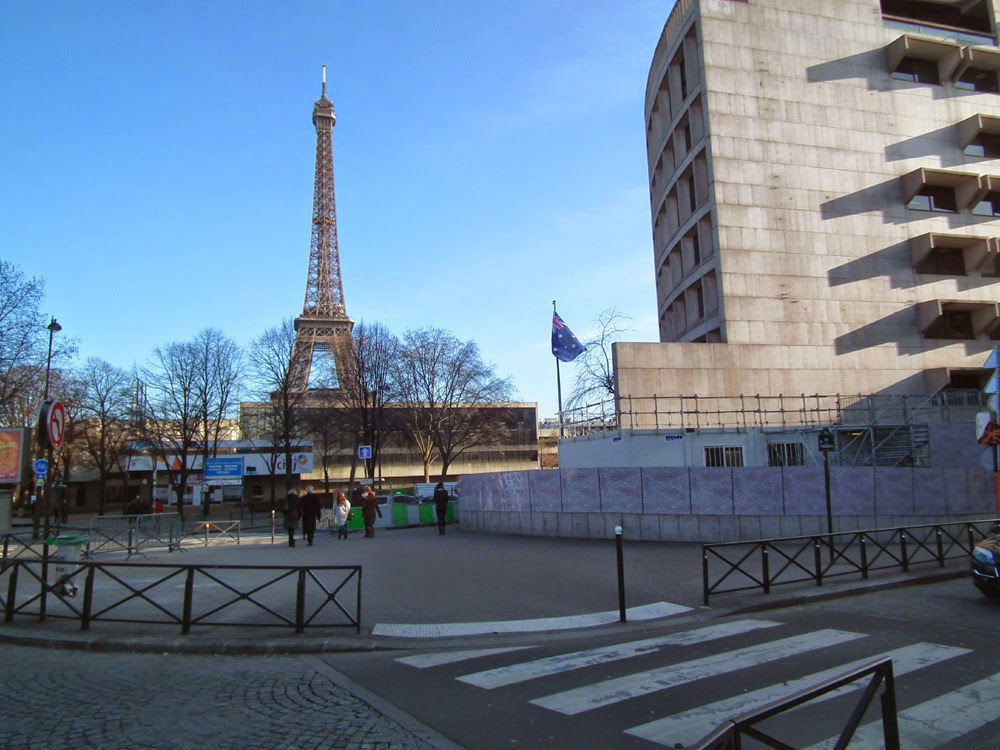 The passport cost me €176 and arrived in the post the day after we got home, so it took about a week.

One of the things I discussed with the embassy staffer who dealt with me was registering online as an Australian in France. In all the time we've lived outside of Australia we've never bothered to do so, but I can see why we should. In these uncertain times it might be helpful if the embassy knows of our existance.
**********************************************
Mammogram: Yesterday I went for my bi-annual mammogram at the radiographers in Loches. No problems showed up but the X-rays will be sent to Tours for a second opinion. The small circular spot that was there last time and meant I had to have a check up three months later is still there but unchanged. The doctor who dealt with me asked if I understood French and looked deeply (almost comically) relieved when I responded that I would be able to understand most things he said to me in French, and would let him know if something was unclear.
****************************************
A la cuisine hier:  Pork chop braised in red wine, mash, carrots and peas, followed by a slice of tarte fine caramélisée aux pommes.
Posted by Susan at 09:00

I had to go to the consulate in person with my daughters to renew their passports, but mine can be renewed by mail. Which reminds me I need to do that sometime this spring!

Now I've got to do my British passport...

What a carry on. Glad to hear about the mammogram result. I think everyone gets them sent to Tours for a second opinion, certainly mine were.Always better safe than sorry. Pauline

Yes, I got the impression that sending the X-rays to Tours was now standard practice. It wasn't last time I went though, because I got my X-rays straight away. Although maybe they don't bother with Tours if they decide from the off to bring you back for a second check.