Past and Present: the Tailors 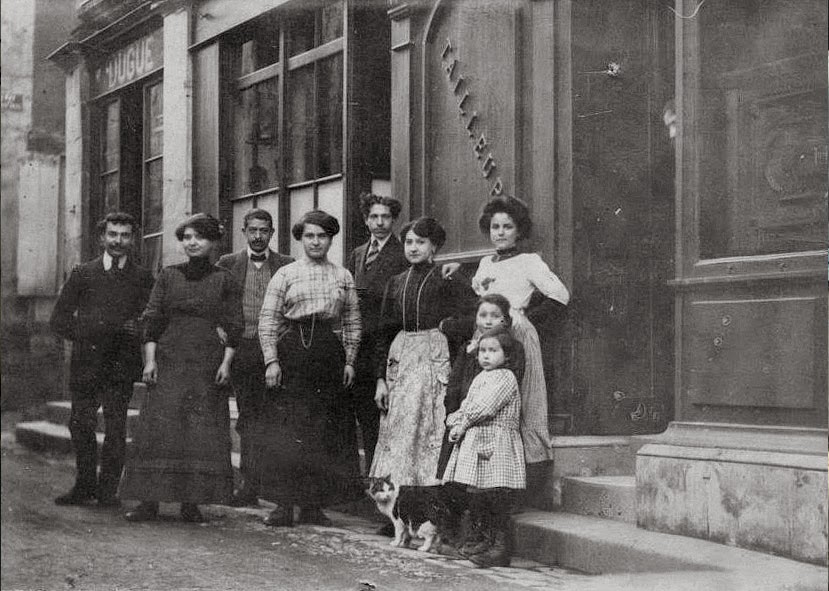 This house in rue d'horloge in Preuilly is owned by friends of ours. Old Madame L, who is in her 80s, told me she came to Preuilly as a young bride and seamstress, having married Monsieur L, a tailor. Neither were originally from Preuilly. They lived all their married life in this building, above the shop. What their connection to the people in the photo above would be I am not sure. I suspect old Monsieur L came to work at the business, which remained a tailors through a succession of owners. Monsieur L in his turn then took over or bought the business. Upstairs in the house there are old tailors drawings stuck to the walls. 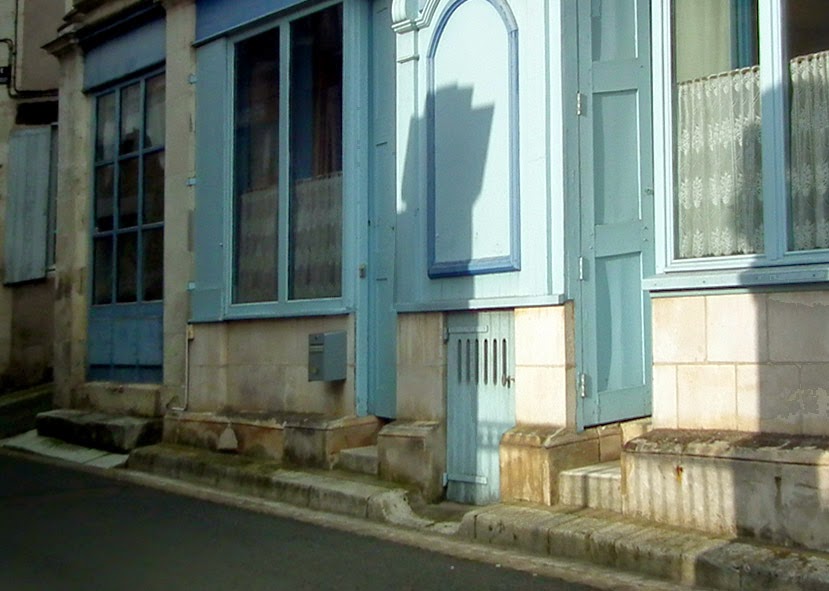 Roger Lezeau, a local historian writing of his memories of Preuilly in the 1920s when he was a small boy says this of the occupants of the two premises in the photos:

Dugue senior belonged to a highly regarded family of cutlers from Preuilly, along with Cormier and Lucaire-Lieutard. His shop was on the first floor, on the landing for the bedroom. He had a secret technique for tempering the blades which was considered a bit magical and remarkable. He lived to a very great age, always using his pile of fire wood stored at the entrance to l'Ane-qui-butte with extreme economy, saying he was being careful to be prepared for his old age.

The tailor [next door] Mispoulié seems to have come to Preuilly to get married and thereby gain a place here. He was of distiguished appearance, being shaved at Brunet's twice a week. While waiting his turn he would say 'What we need is a king' which was not the best means of being accepted by his neighbours on the bench, who would all have a week's worth of stubble. He was nevertheless respected because he would regularly go up to Paris to serve his clients at Passy. The exercise was necessary because his prices were too high for the country folk.

He had a mare called Jaquette. Under the pretext of going to give her a tonic and to escape his wife and daughter he would meet some friends for a few apparently irrestible glasses of white wine before lunch and dinner.

Your road must have been quite busy in those days...
is that a furniture shop next down towards you...
the one with someone "bombing" the photo?

I love your "Past and Present" photos. The angle and cropping of your photo perfectly matches the old.