The Troglodyte Village at Souzay Champigny 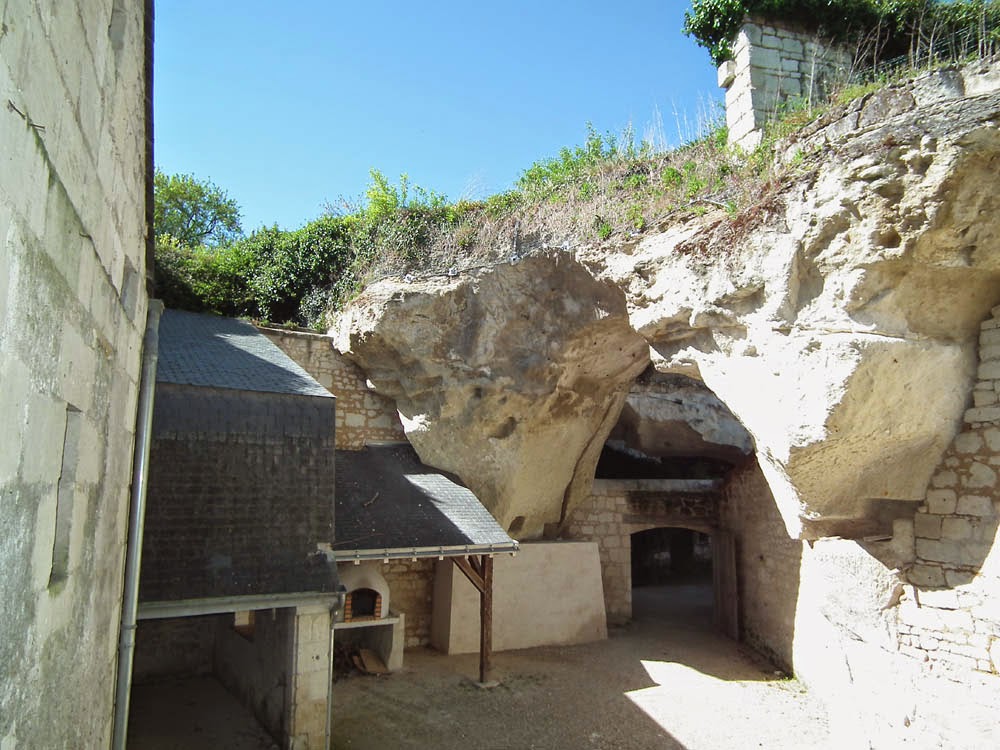 Imagine you are cycling along the Loire between Turquant and Saumur and all of a sudden the signs direct you off the levee bank and up onto the river cliffs. Not just along the old road in front of the chateau and the other fine houses that back onto the cliff either. You are directed underground, into the atmospheric world of the troglodyte caves. Our friends Rosemary and Jean Michel had just this experience and wrote about it on Aussie in France. I was so intrigued by the troglodyte village they encountered that I was determined to go there myself. A visit from our good friend Liselle provided the perfect opportunity, as we could show her something new and exciting that we hadn't seen either. 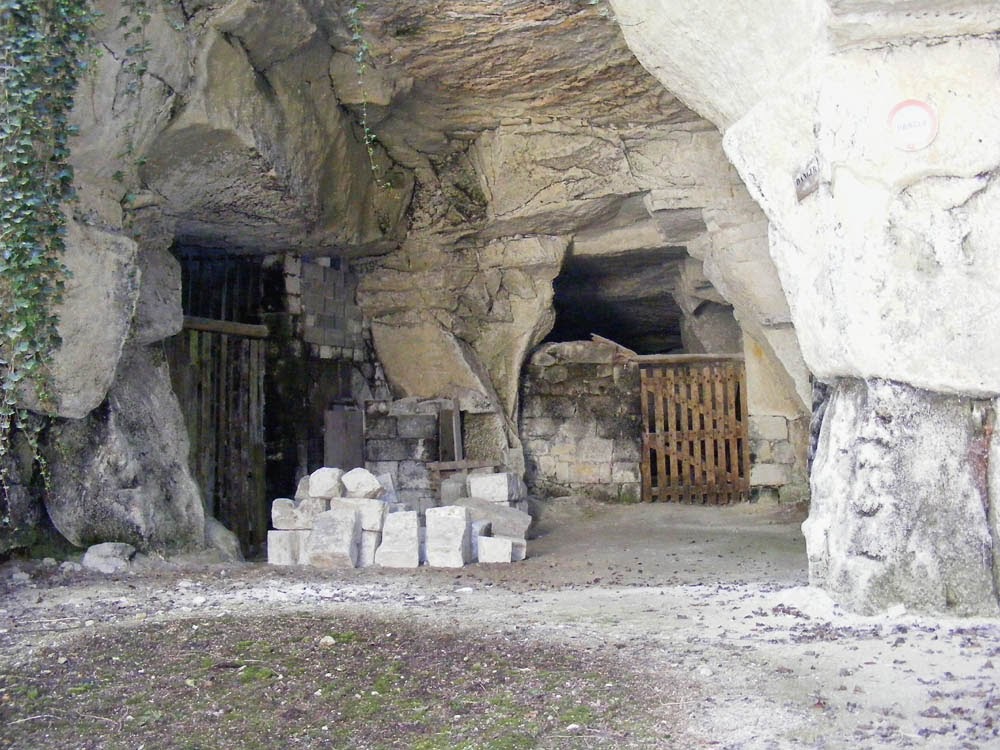 The troglo system is vast and stretches from one end of the village to the other. Periodically one pops out into the sunshine where the roof of a cave has collapsed and created a sun drenched hole in the ground. In these holes you will find private houses tucked away, or a stylish slate picnic table and public toilets for tired and hungry cyclists. 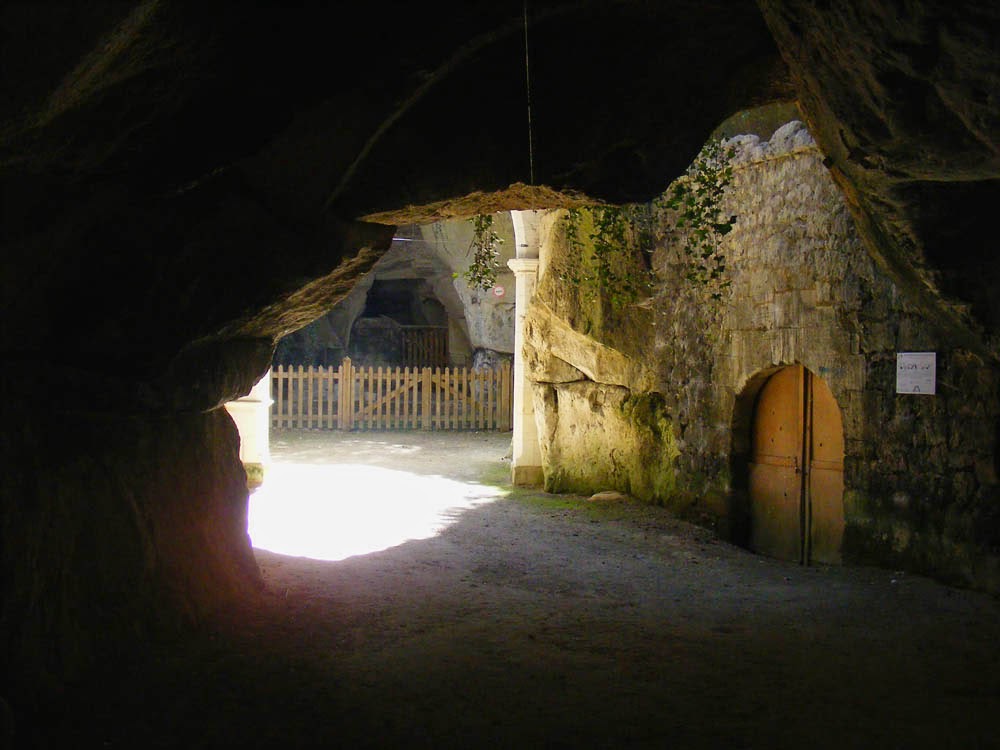 One section of the complex was a medieval parade of shops, others were workshops, storage units or houses. Throughout there are excellent illustrated information boards (in French) explaining the quarrying process, the geology of the area and the various uses the caves have been put to subsequently. 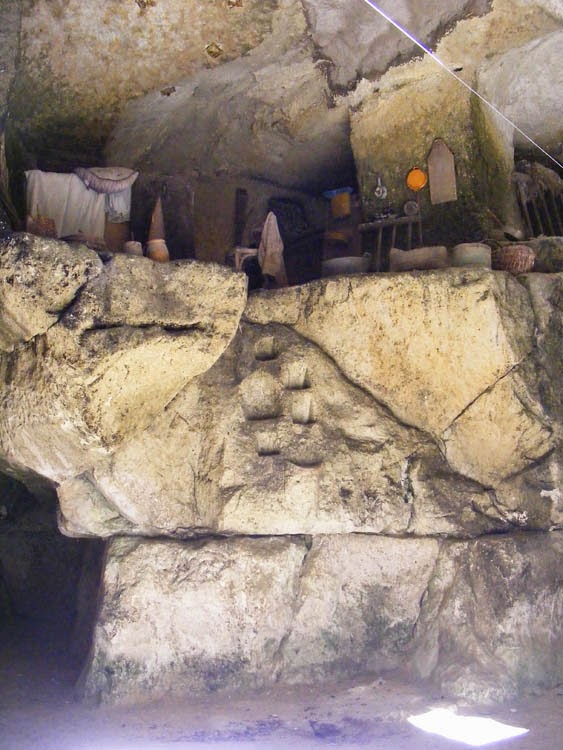 For example, some of the caves were used to store silk worm coccoons. It wasn't until the 12th century that the secret of how silk was made arrived in southern Europe. In the 15th and 16th centuries, numerous mulberry trees were planted in the south of France and the Loire Valley and buildings or caves given over to the raising of silk worms by local women. 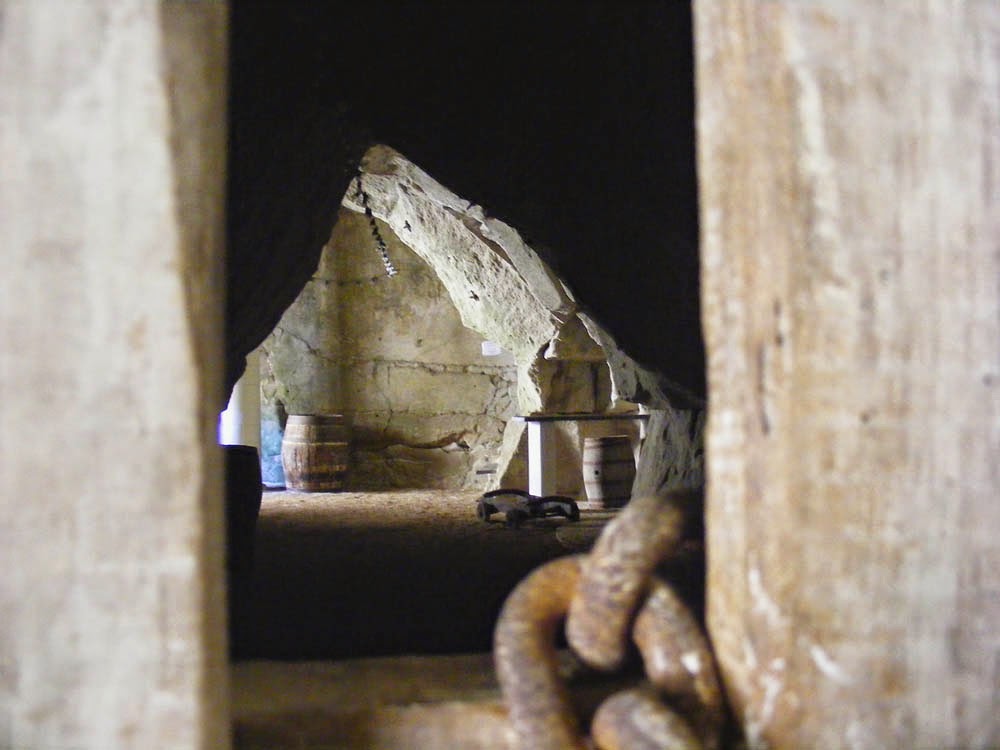 It provided a not inconsiderable boost to household incomes, even though the silk from this area was not particularly prized -- the locals never quite got the hang of spinning it finely. Later, in the second half of the 19th century, a disease attacked the caterpillars and the industry disappeared. 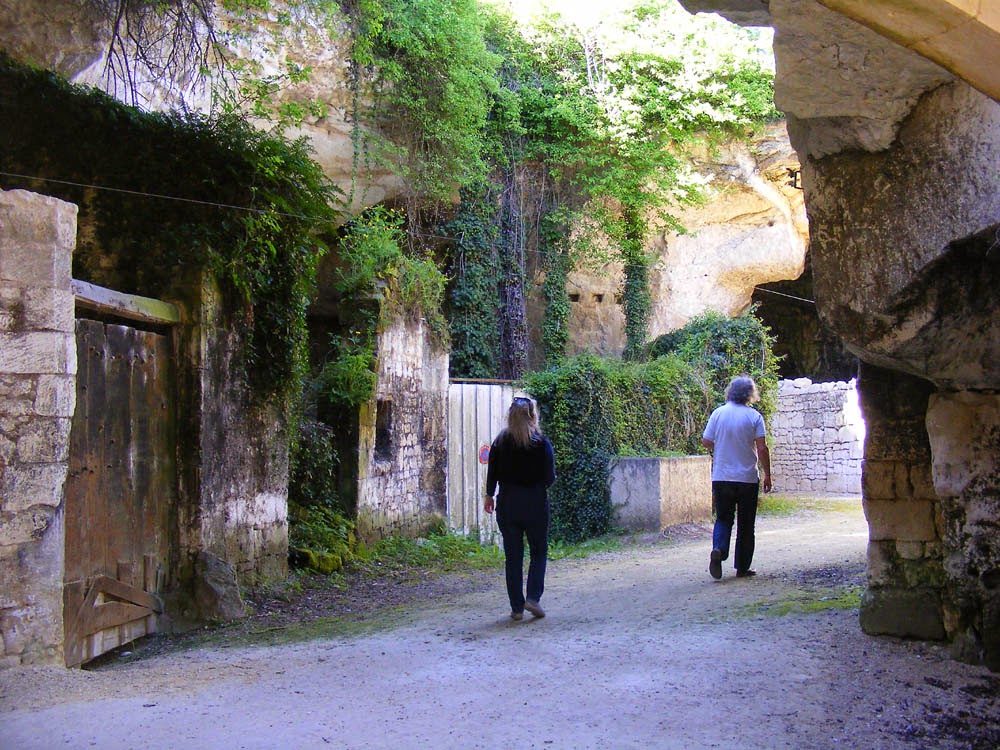 I think we need to visit this place....
Looks amazing...
but kinda knocks the Ethnicity complex down the old proverbial!!

When house hunting we were shown the complex by an estate agent who was trying to persuade us to buy a house on the cliff edge.

The house was intriguing until we realised just how much troglodyte in nature the property was!

At that point a cycle way was being mooted, so you have clearly seen it realised.

We have also been meaning to do this one since I stumbled on this short video on Youtube http://youtu.be/DF5HU8Lyv6w
- definitely this summer

Did it many years ago whilst on Holiday. Will have to find the pics to compare...C

So glad you got to see it. The photos with sun shining through are great - although arriving at dusk had it's own appeal. You don't seem to have had many people either. I like the way you wove in the silk story. We wondered just how good the silk was because we'd never heard of it.