Look Out for Ground Beetle Larvae 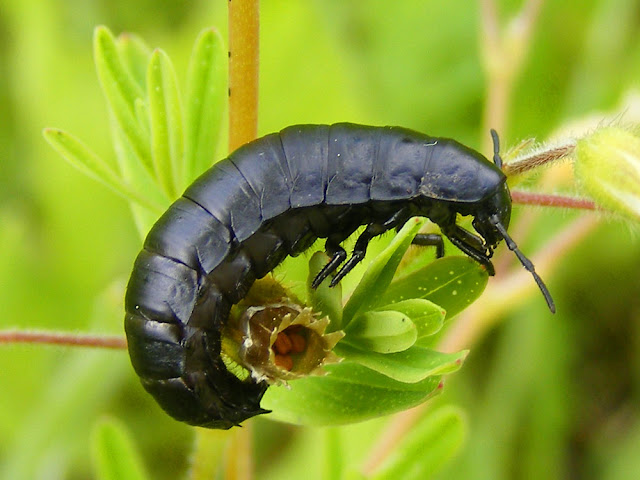 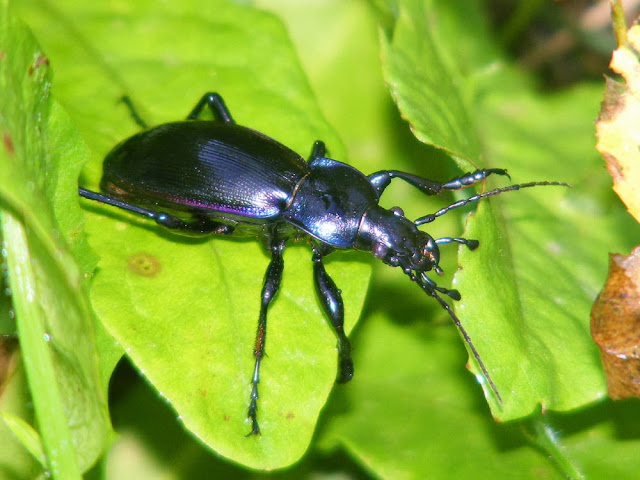 Now is the time you might see larval ground beetles in the garden. The one above was photographed in our orchard in early June last year and the adult only a couple of metres away from the same spot in September. Large larvae like this are the gardener's friend, being voracious consumers of slugs and snails, just like the adults.

I think the species is Violet Ground Beetle  Carabus violaceus.

We popped in to the polling booth on our way to Le Blanc and did our civic duty at the Europeans.

*********************************************************
Latest Buzz: Some of you may have noticed reports of a Harvard study a couple of weeks ago claiming to have definitive proof that neonicotinoids are the root of all evil when it comes to bee health. Once again we have a study which has been uncritically picked up by mainstream media because they can catastrophise about the future of bees and humanity in a way that their readership has come to expect. If you are interested in such matters, please read this critique of the study, which points out some fairly obvious flaws in the science. I do not wish to sound like an apologist for neonics, but seriously, although they are not helping, they are not the main problem, and no credible bee researcher would link them to colony collapse disorder. Honey bees are mainly suffering because of varroa mite, and bees in general are suffering because of habitat loss, which means that they starve. Canola flowers are all very well, but their season is short and with intensive farming there are no crop margins to take over feeding the bees. Basically, if you are not concentrating on habitat loss you are just fiddling at the edges of the problem for wild bees and honey bees are a domesticated animal and there is a husbandry issue with them.
Posted by Susan at 09:00

I think the larva transformed into Darth Vader!!

"with intensive farming there are no crop margins to take over feeding the bees. Basically, if you are not concentrating on habitat loss you are just fiddling at the edges of the problem...
Like it!!

We noticed this morning, on our trip up to Chinon, that they have only cut a narrow strip on the verge about 600mm. It must be an improvement on hacking off the lot... Darth Vader looks great...C

Bloomberg frequently publishes
thoughtful articles on a variety
of subjects. Quite easy to prove a
point by feeding the pesticide
directly to the bees.

good to hear someone looked at that critically.