Costume at the Logis Royal

The Logis Royal in Loches is hosting an exhibition of medieval and renaissance costume from French film and television programmes this year. Here are some examples. 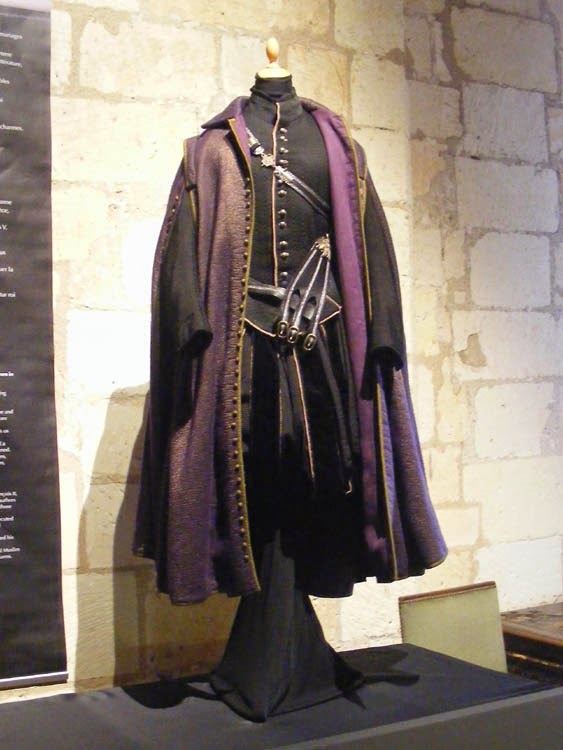 Below, a costume for an actor playing Henri IV in a 2010 television documentary that did a facial reconstruction of the King when a mummified head which many believe to be his was discovered in an attic. Grey cloth with false puffs and slashes, in the style of the end of the 16th century. 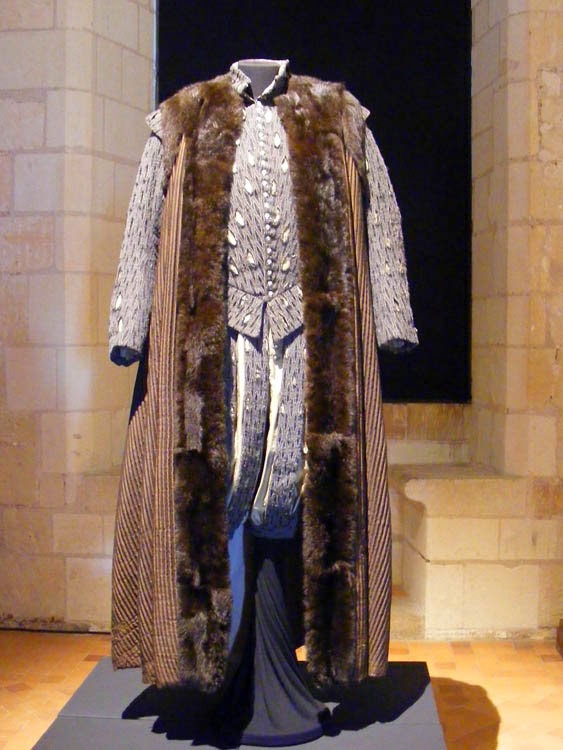 A costume for Anne of Brittany, an evocative addition to her oratory in the royal apartments. 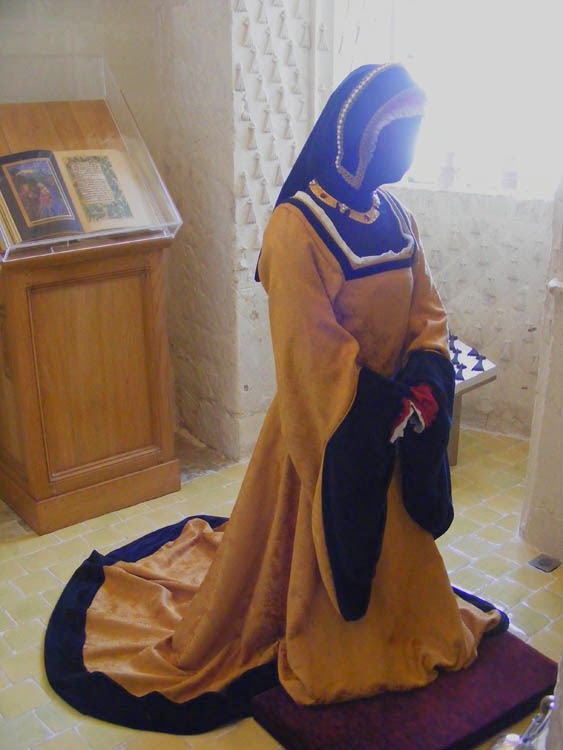 Email ThisBlogThis!Share to TwitterShare to FacebookShare to Pinterest
Labels: Events, Loches and area, Pictures of Chateaux

Stunning! I saw a similar exhibition once at Dover Castle in 1976. The customes were those of the BBC series on the life of Henry VIII and his six wives. I now wish I had had a camera at the time :)