The Chateau of Candé has an extensive park surrounding the house, which is carefully managed to maximise and encourage biodiversity. Some of the proof of this is evidenced by the large colony of wild native orchids which pop up on the grassy slope behind the chateau, and in other places in the park. When we visited on 17 April there were 5 species and a hybrid in flower. Later, several more species will appear. Here is a selection of photos that Simon took on the day. 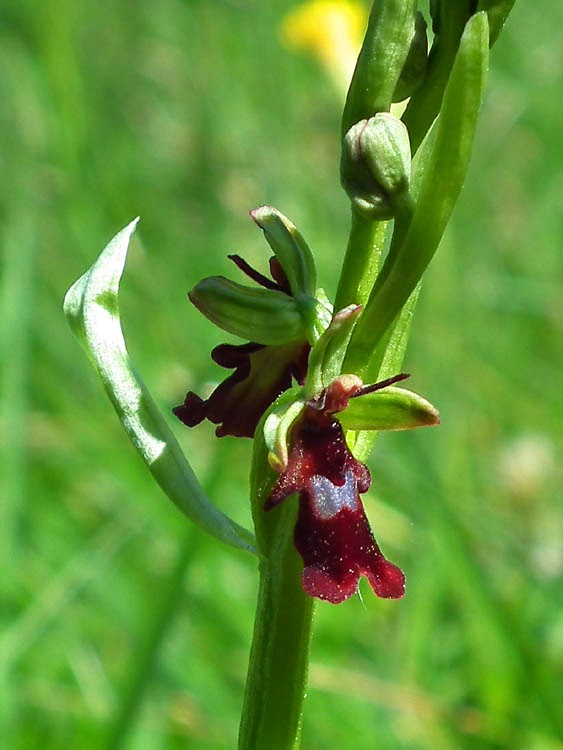 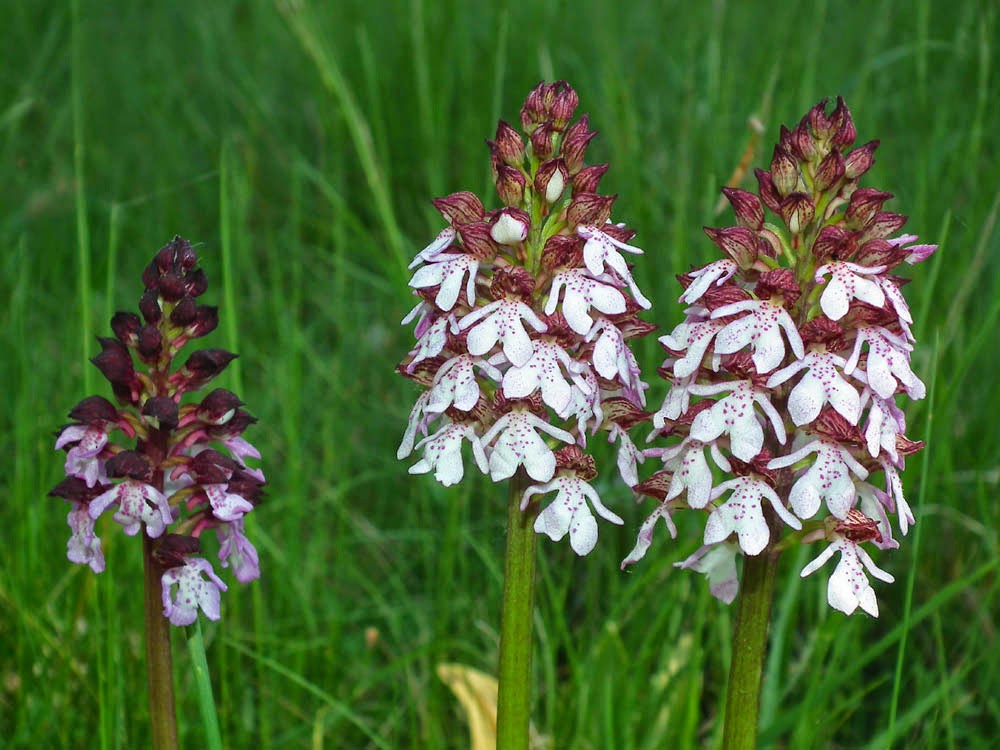 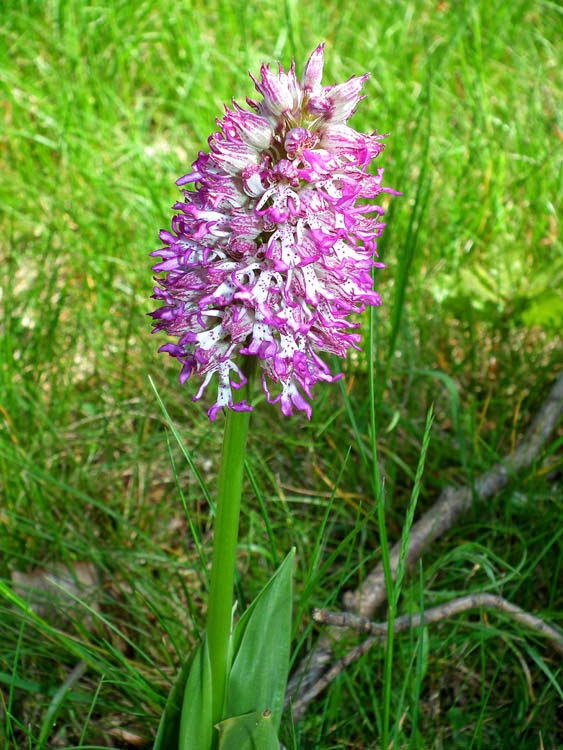 A Restaurant in Bracieux: We had lunch on Tuesday at the Café de Commerce in Bracieux, near the Chateau of Chambord in the Sologne. It was an entirely positive experience costing a grand total of €37 for the two of us. We chose the Buffet Complet menu, which gave us unlimited access to the starters buffet (patés, terrines, salads, cured meats and fish), the generously stocked cheese platter and two desserts each from the dessert buffet. We added a 25cl pitcher of Touraine gamay and coffee. No main course with this menu choice, and no need for one! Simon was most taken by the menus options which offered three desserts per person for €5 (or buffet starter and two desserts for the same money). The food was attractively presented and delicious. The dining room was absolutely packed, mainly by remarkably hunky masons. Bracieux is full of rather smart restaurants, several of which have very good reputations and are rated by our friends, but we didn't feel we had chosen unwisely by taking the more workman friendly option.
**********************************************
Chambord Report: We had time on Tuesday to spend an hour or so at Chambord, so can report that the roof restoration is coming along nicely. The end nearest the carpark has been cleaned and repaired, the middle section, including the cupola for the famous staircase is swathed in scaffolding, and the far end yet to be done. It probably slightly spoils some people's visit and mars their photos, but it could be worse. The scaffolding isn't covering everything, only certain sections. There is a sign saying that the work is definitely going to be finished by the end of the summer.

We also tried out one of the 4 seater pedal powered vehicles they call Rosalies. They are €20 to hire for an hour. Unfortunately we got about a third of the way around the chateau and the pedals on my side stopped working. Oh dear... poor Simon got more of a workout than he planned for. Frankly, I thought it was expensive and noisy, and would suggest that you hire individual bikes instead, or simply walk.
********************************************

Loire Valley Nature: A new Habitat entry for Roadside Banks, Verges and Ditches has been added.
I have updated the page on Butterfly Surveying in France with a section on how to choose the dates of your survey. The information is based on a recent communication from Luc Manil, who co-ordinates the project.
*************************************
A la cuisine hier: Grilled sausages, jacket potatoes cut open and slathered in butter, and spicy red cabbage. This last is more like a relish than a vegetable accompaniment. It is made by layering shredded red cabbage, finely sliced onion and chopped garlic, chopped or shredded zucchini and a seasoning mix of ras al hanout, ground coriander, ground allspice, 5 spice, brown sugar, salt and pepper in a large pot. Pour over some apple juice (or in this case some leftover and unimpressive pomme kiwi) and red wine vinegar and simmer for 3 hours. One cabbage will yield about 15 servings. Divide into batches and freeze what you are not eating immediately.

Email ThisBlogThis!Share to TwitterShare to FacebookShare to Pinterest
Labels: Gardens and Parks, nature and wildlife, orchids, Pictures of Chateaux

"The new Claise offers an excellent value daily changing €12 lunch menu"....
read about it in the RennyLochoise yesterhier...
a venue for a local group lunch?

Again from the RennyLochoise...
the St-Senoch of the Humps distillery closes for the year on 15th May... so get along down there with your home brewed mirabelle "wine" and get it turned into 70% Mirabelle Potcheen immediately!!

"and spicy red cabbage."....
this will most certainly be plagiarizzzed here...
we justlurrve red cabbage done like this...
but the recipe we use is more like the Southern Germanic way...
apples and red wine...
sometimes with added raisins.
This sounds a scrummy version!!

Tim: Yes, we definitely have to try La Claise. Liselle is back soon, so that's an opportunity/motivation.

We get given a copious supply of eau de prunes every year, so no need to visit the distillery from that point of view.

The Lady Orchids are especially beautiful. Your spicy red cabbage and onion relish sounds like some of the English food of centuries past that I've been reading about in Clarissa Dickson Wright's book.