The Nature of the Touraine Loire Valley in May 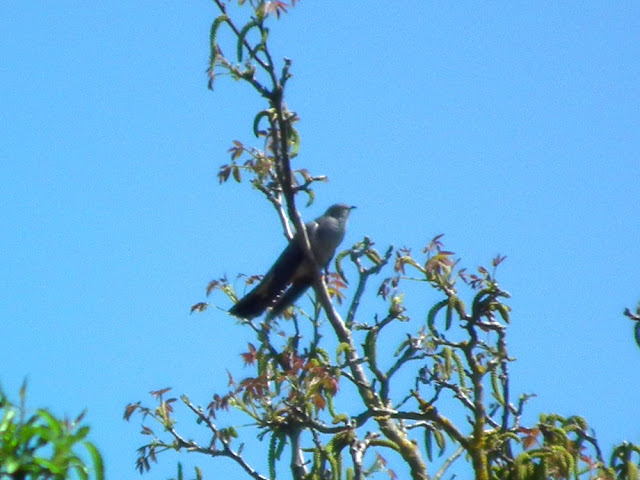 Longhorn to Look Out For:   Golden Bloomed Grey Longhorn  Agapanthia villosoviridescens.
You may see them lurking about on vegetation at this time of year. I don't know if it is coincidental, but whenever I have seen them they are on plants that are prickly or otherwise irritant. 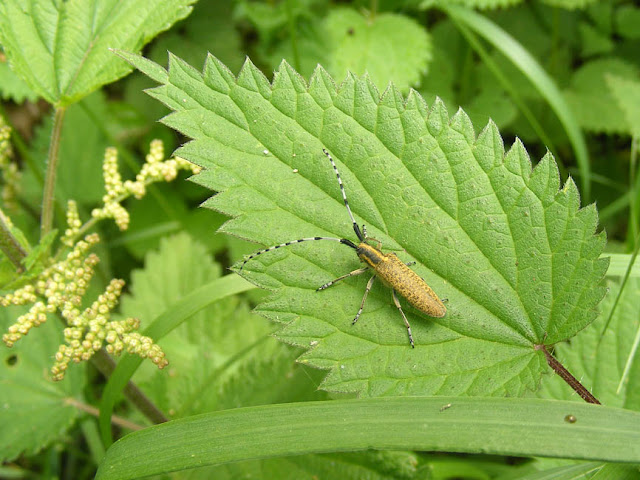 This is the first month of the year when temperatures are likely to be in the 20°s and sunlight hours at least 200. Hurrah! Minimum temperatures around 10° on average.
Posted by Susan at 09:00

But if it is nice...
then double-hurrah!!

I agree with Tim.... That's blown the weather then!!!! Will have to go and have a closer look in the woods where our cockoos hang out... I have never seen one at all.... C

I've heard it said that the cuckoo's call is not very strong, so if you can hear it, it shoulc be close enough for you to see the bird. If there isn't a tree in the way, that is.

Tim & Colin: the long term weather forecast is for a cool, dry, sunny year -- so we should at least make our sunshine hours, but have to put up with Siberian winds.

PG: I've heard that too. Despite it, I've seen a European Cuckoo less than a handful of times. Some of the Australian species are more obliging.

Susan, I hope so....
you can always dress easily against the cold...
but the "gamp" goes straight through anything you wear!!

So look out for a grey "raptor"...
long tail, straight, narrow wings...
an impression of it being all grey...
even though the chest is striped it isn't easy to see that...
you can't on Susan's pic...
and then, if the head is wrong and looks more like a pigeon's...
you've probably seen a cuckoo!!