A Cave in The Rock 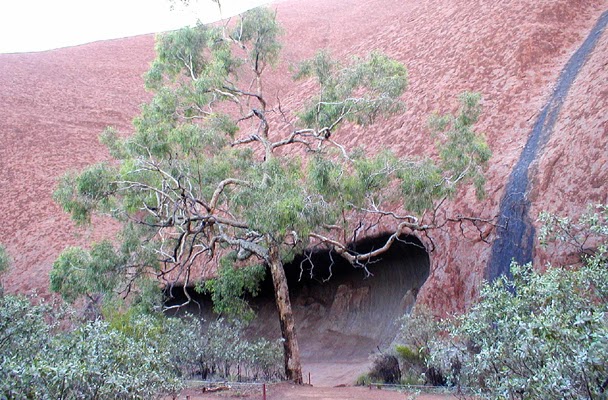 Car News: We are a bit stressed, but it could be worse. Until yesterday both Célestine and Claudette were at the mechanics and had been for a week. Célestine is still with Jean Louis and we don't know when we will get her back. We don't have a definite diagnosis yet, but it seems likely she has broken a tooth on a differential cog. All these anti-clockwise roundabouts mean she gets to turn left more often than right and it puts a strain on the diff. Fortunately Claudette came home yesterday afternoon, with a new brake master cylinder, her exhaust fixed, her timing regulated and a bead of silicon round her windscreen. Phew! Luckily we didn't have to cancel any clients, but it might mean Claudette gets to work 10 days straight on her own, in the wet. We are taking her on a heritage traffic jam tomorrow, so we may get to see if the temporary solution to the leaking windscreen works.
***********************************
A la cuisine hier: Magret de canard (fat duck breast) from a local organic producer, cooked French style so it was pink inside. Served with a rather elaborate potato salad which included chopped tomato, olives, broadbeans, onion, parsley and a mustard vinaigrette on shredded lettuce. Dessert was the last of a large clafoutis I made several days ago. We still have several kilos of cherries in the freezer and cherry season will be upon us in a matter of weeks, so I figured I needed to use a few up.

********************************************
Little Bustard: I am thrilled to report that I saw two male Little Bustards Tetrax tetrax (Fr. l'Outarde canepetrière ='farting duck bustard') the other day. We were driving along between Sublaine and Chedigny and two birds flew across the road in front of us and landed in a ploughed field as we drove on by. At the time I said to Simon that they looked just like bustards, but we had clients with us and didn't stop. I've seen the Australian species several times, but knew that the French species was rare, so I didn't really believe that I'd seen them here.

However, yesterday, quite by chance, Pauline happened to mention that there was an outing today to see the bustards near Sublaine. Apparently there is a small population of about 66 birds in an area known as the Champeigne Tourangelle, a limestone plateau between Bléré and Loches. I had no idea! The species is Red Listed for France and the population has declined by at least 80% in the last two decades due to habitat loss caused by modern intensive arable farming methods. A Natura 2000 site was established in the Champeigne Tourangelle in 2006 and now half the farmers in the zone are contracted to maintain uncultivated areas rich in leguminous plants such as lucerne and sainfoin suitable for the bustards. Between them they manage 1088 hectares for the bustards and are paid a total of €330 000 to do so. This habitat conservation project has had benefits for 8 other rare species of lowland grassland birds too, such as Hen and Montagu's Harriers.

An article in the Nouvelle République raises the alarm about the lack of maîtres-nageurs (swimming instructors) who are willing to work seasonally at country swimming pools and swimming lakes which are only open during the summer school holidays. Local authorities here are obliged to employ a maître-nageur and offer swimming lessons over the holidays, but they can't pay as much as the local authorities at the seaside. The life-saving association Aqua Life Saving (who provide volunteer life-savers at pools and swimming lakes) estimates that France is short by about 1000 maîtres-nageurs.  I hope we manage to get someone! Laurent come back we need you!!
Posted by Susan at 09:00

Hope Célestine has a good dentist!

"The species is Red Listed for France and the population has declined by at least 80% in the last two decades due to habitat loss...."
Not to mention 50 birds being wiped out at Marseille Airport last year...
for "safety reasons"....
an arrette prefectorial had been issued to wipe out the brereding group!!
But the LPO managed to stop it and saved around 28 birds from the slaughter!!