Simon has been digging around in various online photo archives and has found these two images of railway stations in small country towns at the turn of the previous century, one in France, one in Australia.


An old postcard, showing the station at Preuilly sur Claise, probably in the late 19th century. 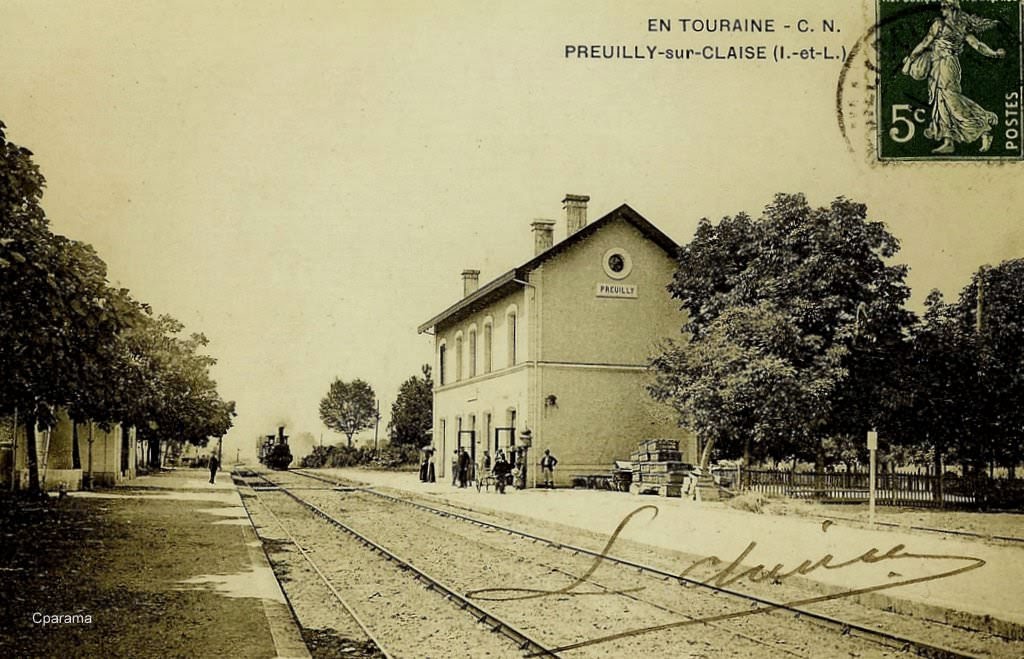 There are several remarkable differences.
The obvious one being the two storey building to the traditional station design and the presence of tall trees at Preuilly.
I can't decide if the Pitsworth one has just one line or two.

We occasionally go to the various railway preservation society places in Derbyshire where the stations are still exactly as they were in the 50's when I was a little girl. The staff wear the traditional uniforms and you can ride along a few miles of track and back again, even have a meal in the buffet car to get the whole experience.
They're very popular and a nice day out at the weekend. I wonder if there is anything similar in France.
It's one of those things I think I would miss. Not that we do it often, but knowing that we could if we wanted to, because it's just a few miles away!

Jean - our "local" one was at Descartes, but it last ran a couple of years ago. Someone is trying to get the line to Peuilly run as a tourist line, but as they have just recently paved over the level crossings I don't think it's going to happen...

Your best bet is the velorail at Chevigny. If you're feeling energetic, that is.

Jean, there is such a train in Normandy that goes from Barneville-Carteret to Port-Bail. In the old days, you used to be able to go to Carteret [as well as to many other small towns] by rail, but no longer since many of those lines have been discontinued.

The Carteret-Port-Bail line is operated twice a week by some association put up for its preservation. It is fun to ride across the countryside in this small train.

Jean,
Try the Keighley and Worth Valley Railway....
Just up the Pentens from you...
well, not far, anyway...
the Buffet Car is in the Good Beer Guide...
And you can take a look around Haworth and the Bronte's home at the same time....