Commuting from Tours to Paris on the TGV

Thankfully I don't have to commute to Paris from Tours every day, but here are some statistics about those who do: 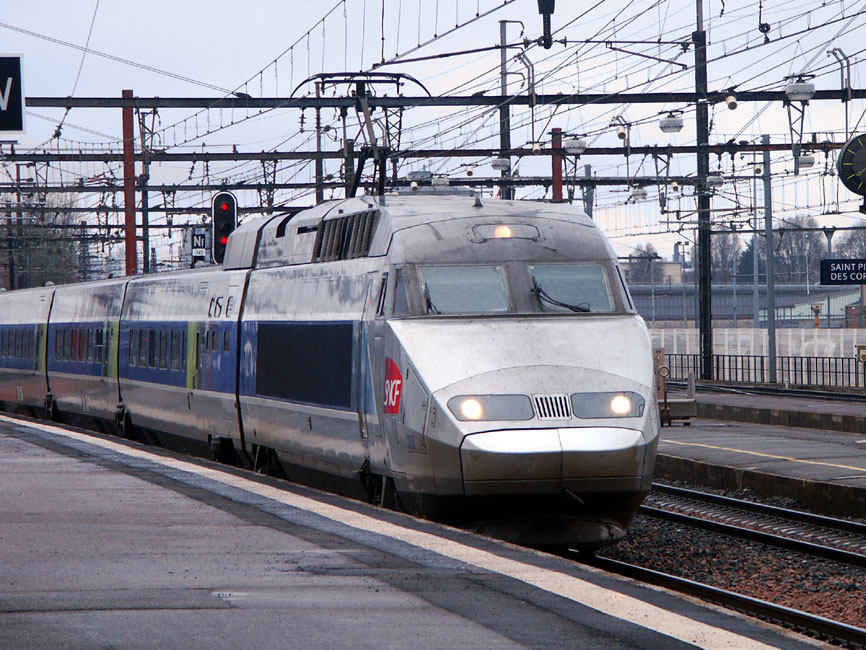 Commuters generally catch the 7.31 from Saint Pierre des Corps and return on the 18.37 from Paris Montparnasse. Many commuters keep a scooter parked at Montparnasse for getting to and from their place of work. They usually sleep on the train on the way up and work on the way back.


Commuter bikes next to the TGV in Tours Central station. 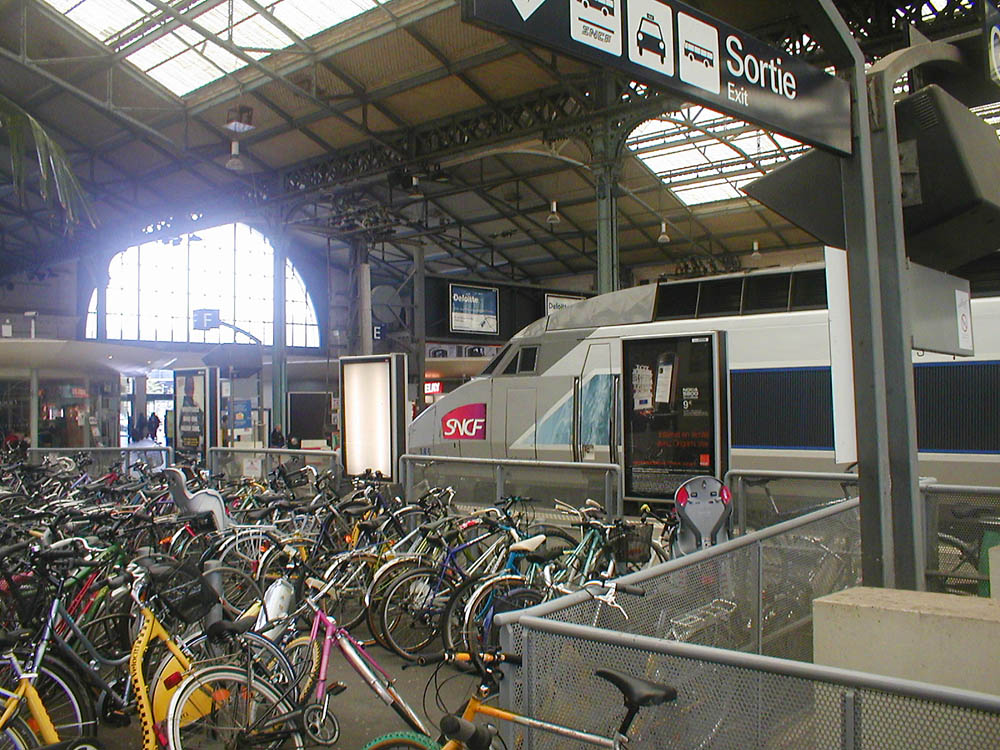 The commuters are known as pendulaires (pendulums) or navetteurs (shuttlers/commuters). They do it because of property prices in Paris and because employment prospects and wages in Tours are so much more limited. Especially once couples have children they simply can't afford a suitable property in Paris, but they can in Tours (an apartment in the best location, such as near the cathedral, will go for about €3000/m²). Saint Pierre des Corps is cheaper, at €1454/m² for an apartment, €2034 for a house. Compared to paying nearly €10000/m² for an apartment in central Paris (€6600/m² in the suburbs) no wonder people make the move and are prepared to commit to the slog of commuting 500km a day on a fast and relatively efficient service. Some of them are lucky enough to have employers who reimburse half their fare, but others have to deal with employers who are dubious about the reliability of the train and the effect of commuting on their employees.

The commuters have formed a rail users group, just to make sure that SNCF and the local authorities keep on their toes and provide the best possible service. Some of their concerns are that track maintenance has been downgraded in the last couple of years and the track is deteriorating which causes delays; there are fears that the new high speed line to Bordeaux will sideline the TGV to Tours; the price of tickets continues to go up (34% in the last 10 years); and only the deputy mayor of Tours attends their meetings, not the mayor (the mayor of Saint Pierre des Corps attends), so they feel their concerns may not be getting the full attention of the local authority.

Interesting stuff...That's an incredible amount of people from Tours. More than a train full I would have thought... C

At least, France has options about commuting. Not so much in Los Angeles. Very often during rush hour, it takes me 1 hour 20 minutes (or more) to drive 11 miles. Depending where I work and what my call time is, I generally show up 2 hours early and take a snooze in my car.

Colin: I'm not sure how many of the 4000 are daily commuters, but that many people is certainly more than a trainload.

Nadege: What a frustrating waste of your time!

Commuting like this takes a lot out of you, so when you actually do see your family, you're too worn out to be natural with them. It's not a long term option.

A very interesting post, Susan. Considering that people in greater Paris often commute one to one and a half hours in each direction, it certainly makes more sense. When I lived in a town one removed from the périphérique while doing my post-graduate studies, I spent 3 hours on the metro/bus every day, not nearly as restful as the TGV. After two years, though, I was exhausted. Just being in Paris again after Blois is extenuating!

It's too bad to have to go to Paris every workday but then not be there on the weekends, when there are so many entertaining events and sights to see.

A long commute is exhausting. I commuted like that for years, by car, in the San Francisco area. I never knew if the 50-mile drive down to Silicon Valley was going to take one hour or three. Two to six hours a day on the road in traffic was completely frustrating and was one of my reasons for taking an early retirement in the countryside.

I used to do two hours to London and two hours back on days when I had to be there...but it was worth it to be able to live in the country and while crowded on the way home it was blissfully peaceful in the morning and there was room to work .

Fly: I agree -- if you have to commute, better to do it on the train than in a car.