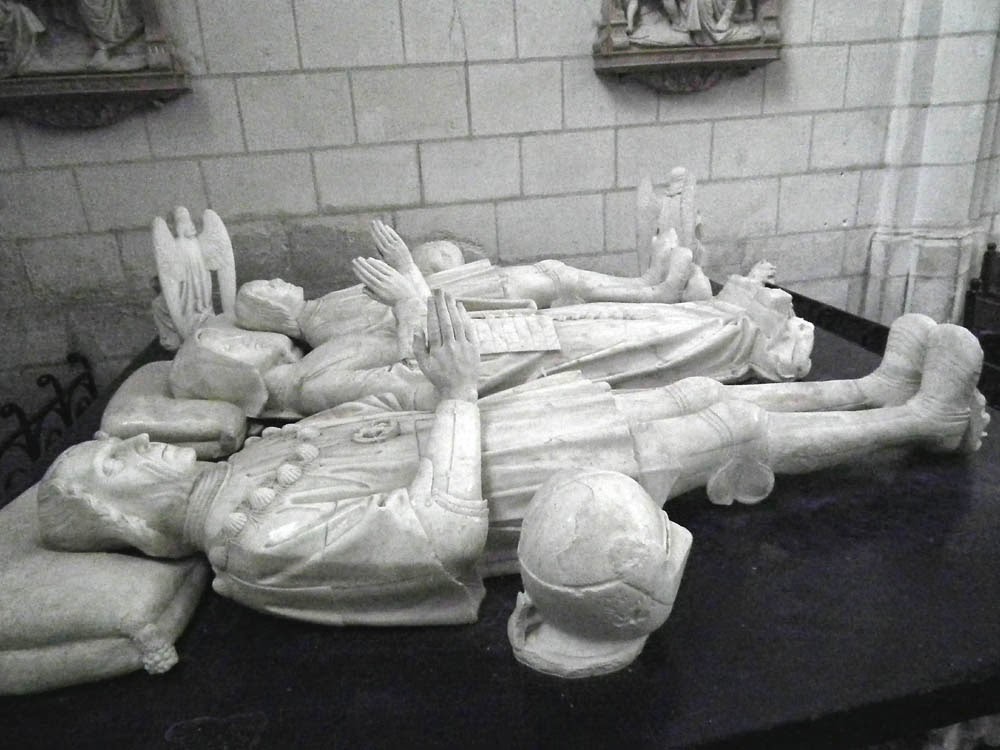 The tomb of the Bastarnay family lies in the church in Montrésor. The church itself was built at the orders of Imbert de Bastarnay primarily to house the tomb. He was seigneur of Montrésor and an influential courtier in the reigns of Louis XI, Charles VIII, Louis XII and François I. A skilled diplomat and negotiator he lived to 85 years old, to his great sorrow outliving his son François (killed in battle in 1513), whose effigy is also placed on the tomb.

The tomb was created in the Tours workshop of sculptor Michel Colombe in 1523, on Imbert's death, but the church not consecrated until 1532 and not finished until 1541. The tomb was broken up during the Revolution in 1793 and not restored until 1875. Three white marble (or alabaster?) effigies rest on a thick black marble slab. In the centre lies Georgette de Montchenu (died 1511), Imbert's wife, with her feet resting on two griffins. Her husband, to her right, has his coat of arms at his feet, and their son's feet rest on a lurcher. Their daughter Jeanne was Diane de Poitiers mother. 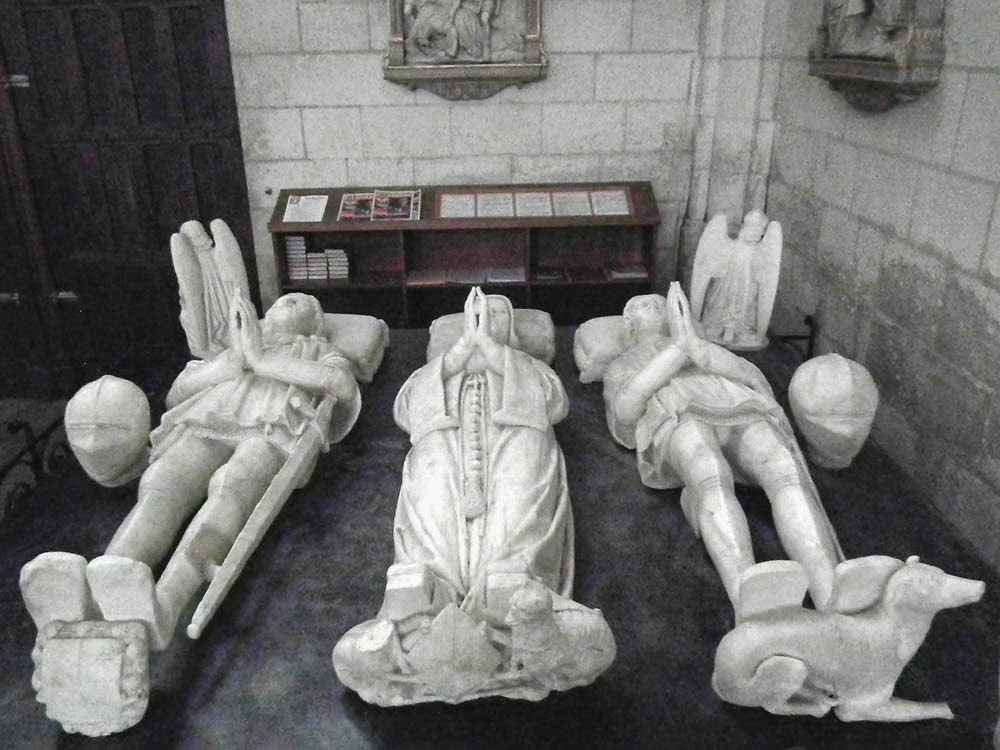