The little bay to the south of Manly in Sydney is called Cabbage Tree Bay. It is a well known aquatic reserve, popular with divers and snorkellers as the waters are for the most part calm and protected. Shelley Beach, as the inner most part of the bay is called, is a family friendly place, intimate and safe. We visited with friends in December 2012.

The beach is shaded by a grove of the trees that give the bay its name -- Cabbage Tree Palm Livistona australis. The palms get their name from the fact that the growing tip of the plant is edible, like a little cabbage. In fact, they weren't very often eaten though, as to remove the 'cabbage' is to condemn the tree to death. 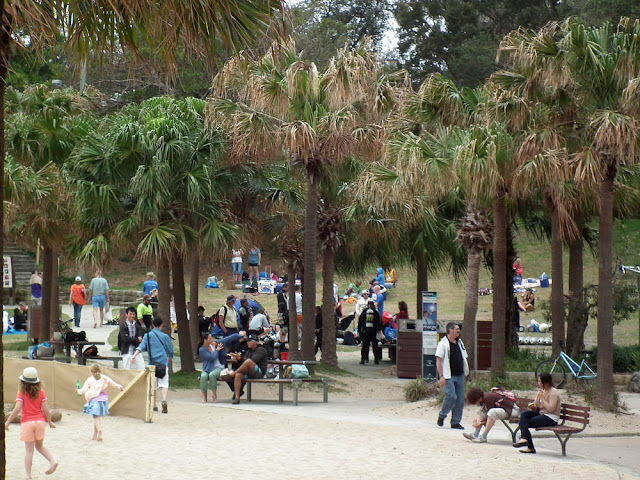 Their real claim to fame is that right from the earliest days of the convict settlement the leaves of this tree were used to weave hats. The convicts had been issued with crude felt caps which were entirely unsuited to the hot humid climate they found themselves in, being itchy and heat absorbant. They took to weaving quite stylish looking sun hats from cabbage tree palm fronds, probably after learning the basics from the local aboriginals, who no doubt used the leaves to make traditional dilly bags. 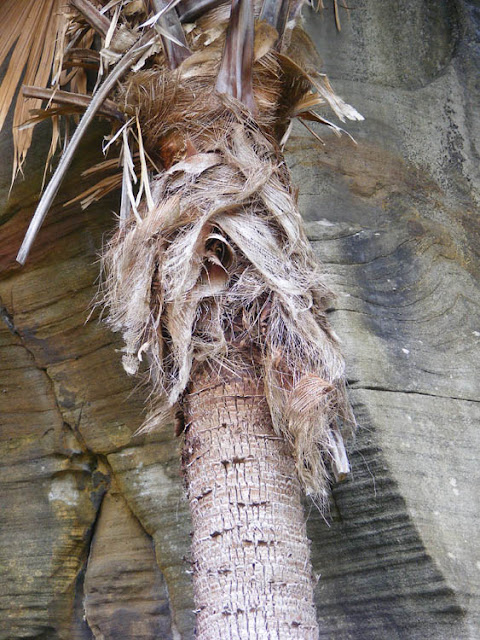 Dead leaves showing the natural strong cross woven fibrous structure which I suppose might have contributed to their suitability for making hats.

Not surprisingly, very few of these sun hats survive, and the techniques of creating them had been virtually lost, until the textile theme of History Week in 2012 inspired a local textile artist to revive the art.

I'd love to have one of those
hats, look better than Panamas.

You can't beat a delicious tartiflette after a day on the ski slopes. This must be why we always return from the mountains heavier than when we arrived!