In France, the tradition on what we would call April Fool's Day is called Poisson d'Avril. The aim of the game is to pin or stick an 'April fish' onto as many unsuspecting colleagues, friends and family as possible. 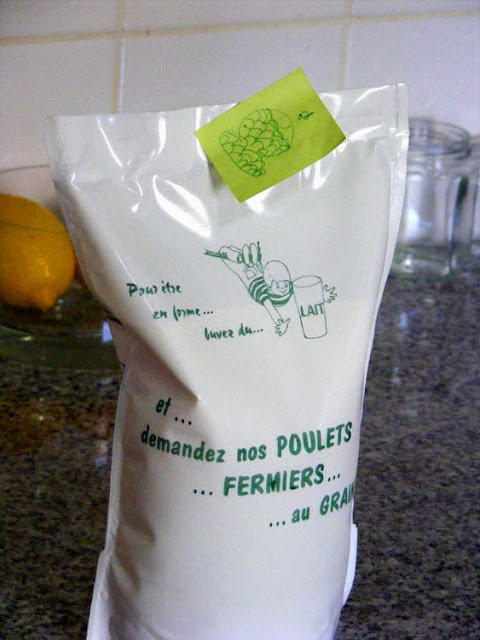 Last year our laitière's small daughter, who often accompanies her mother on the milk round, entertained herself by drawing fish on postit notes and sticking them to the plastic bags of milk. That allowed her to shout 'Poisson d'avril!' as I took delivery.
Posted by Susan at 09:00

Have you seen the "Poison of April" in the New Republik...
the new tourist attraction of the "Leaning Tower of Loches"
Someone is quoted as saying that the town should twin with Pisa!!

Tim: yes we saw that and were sucked in for about a minute, then realised.

Jean Michel, whose family name is Avril, NEVER goes to work on 1st April because he got sick of all the "poisson d'avril"!