This charming small, semi-troglodytic chateau once belonged to Margaret of Anjou, wife of Henry VI of England. She and her court of 600 retainers occupied all the buildings along this section of the Loire river cliffs. All the houses link to one another via underground passages, allowing the queen and her courtiers to safely and privately move from one building to another, without going out on to the street in front, which was at that time the main thoroughfare through town. 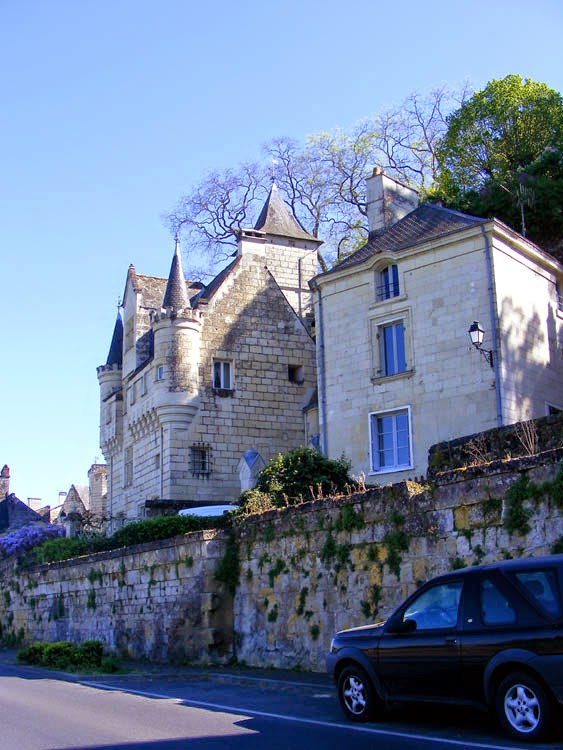 Margaret of Anjou (1430 - 1482) was the second daughter of René Duke of Anjou and Isabella Duchess of Lorraine. As such she was a relation of King Louis XI and married off to the mentally unstable Henry VI at the age of 14. Because of Henry's clear incapacity to rule, she was active in the political sphere for much of his reign and the Wars of the Roses are at least partly due to the personal emnity between her and Richard Plantagenet, Duke of York, who had been appointed regent. 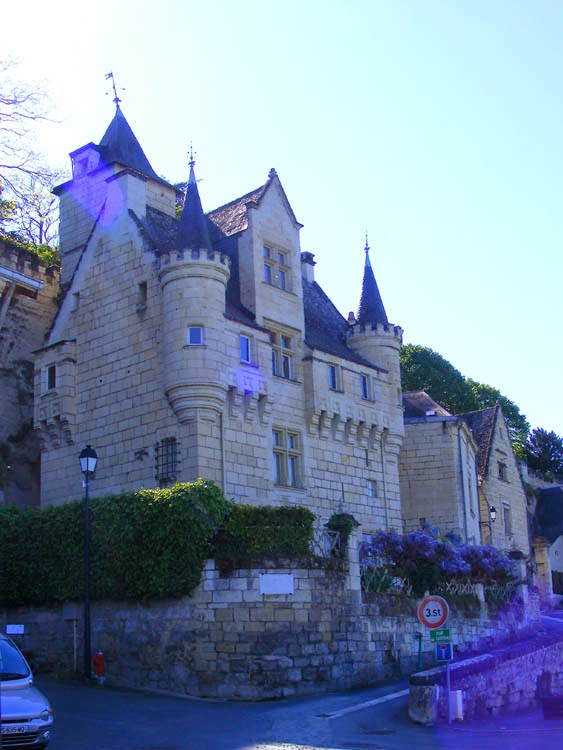 After Richard of York's son, Edward IV took the English throne she was imprisoned but subsequently ransomed by Louis XI. She spent the last years of her life in France, her own son dead at the battle of Tewkesbury and her spirit broken.
Posted by Susan at 09:00

I enjoyed both blogs, yesterday and today. Thank you for the lovely pictures.

I've never heard of this château before reading your blog. Is it possible to visit the château and passageways?

Dean: As far as I know it is not possible to visit. It appears to be a private house.