In France, like so many countries with a Christian tradition, there is a cake which is particularly associated with Christmas. It's called a buche de Noël ('Christmas log') and the cake is a representation of the Yule log in sponge, ganache and buttercream. I decided to make one but, I'm somewhat embarrassed to report, I got a bit sidetracked, a bit carried away (and not in a good way). Instead of a log, we've ended up with a chenille de Noël. Tasteful and sophisticated it is not. But it is tasty and sugary and that's what really matters.


Eggs and sugar, beaten until thick and creamy. 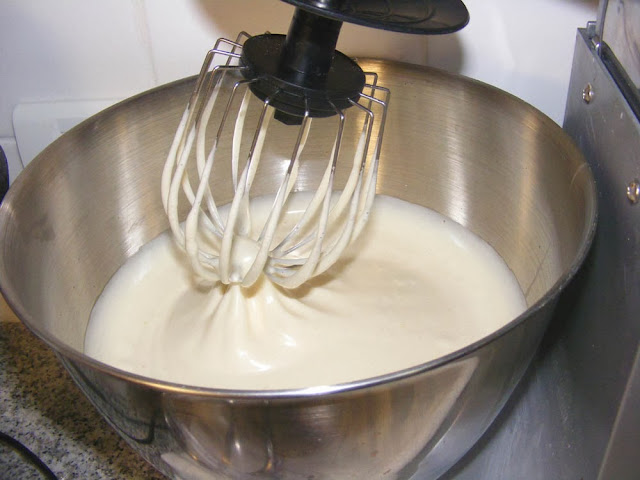 
The sponge in the oven, nearly done. 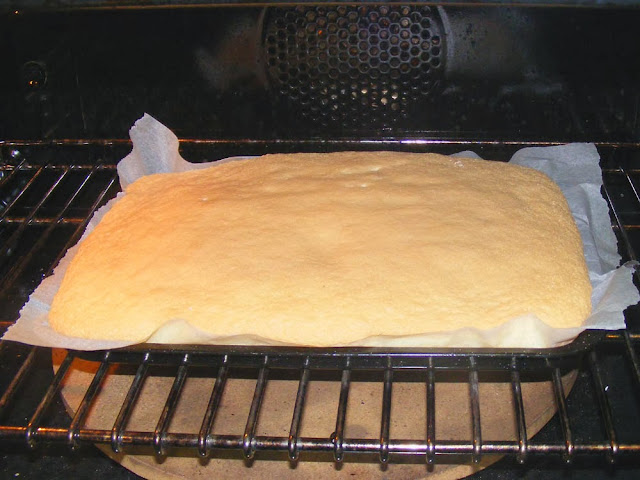 For the orange cream filling:
150 g cream cheese
1 tbsp icing sugar
4 tbsp citrus flavoured syrup (I had some left over from another recipe). You could use a citrus flavoured liqueur instead.
2 tbsp preserved orange peel, chopped. You could substitute fine shreds of orange zest.


The cake has been drizzled and the cream cheese beaten. 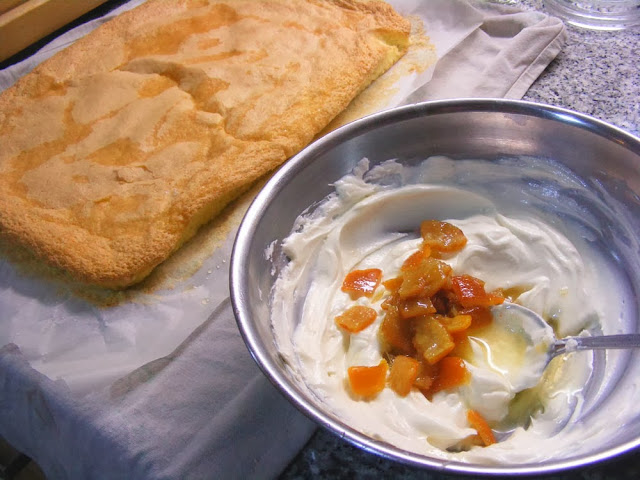 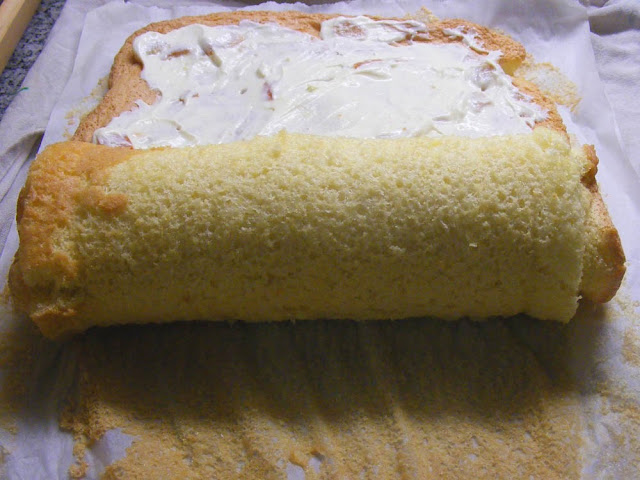 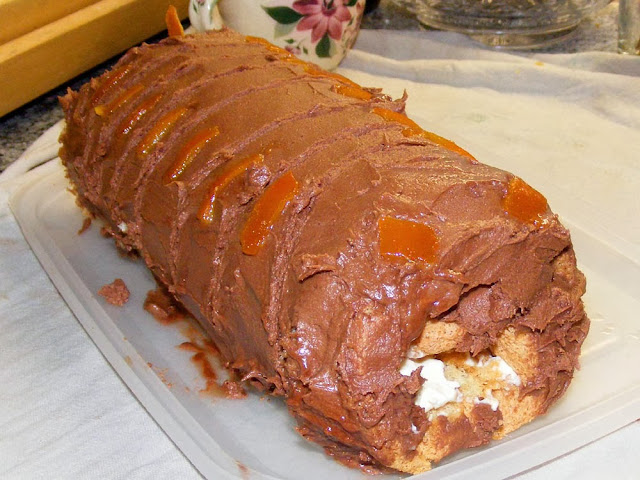 That looks a tasty cake! Blurb from the supermarkets would say that was "6 parts" - 6 portions! Oof! I'm afraid I prefer British-style Christmas cake, hold the icing, with Wensleydale cheese now granted PGI status. We'll get some of those sultanas too - thanks for the tipoff. P.

PG: I've made both this year. Go to the shelves on the other side of the potatoes and onions, not the baking section, for the best value dried fruit and nuts.

Certainly looks like a log to
me. Always a moment of tension
when rolling up the sponge, though. Bet it won't last until
the 24th.

Sheila: Ah, well, that's where the sitting it on a damp towel bit comes in -- means the sponge behaves itself -- something to do with creating a layer of steam I think.

Oh yum. Could you email me a slice?

Stuart: OK, but don't blame me if you get caught licking your computer screen.

Lucie: Well, yes, I know I jumped the gun rather. Maybe I'll just have to make another on Tuesday :-)