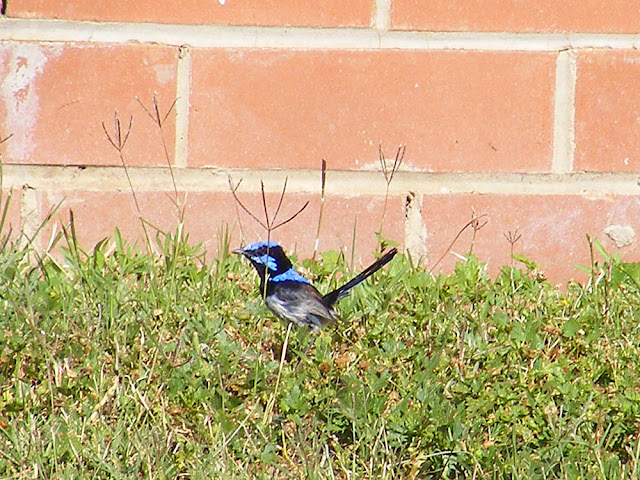 The Superb Fairywren Malurus cyaneus is known to all Australians living in the relatively cooler and wetter parts of the eastern and southern states (and usually referred to as the Blue Wren). It is common in gardens and the bush, living in territorial family groups that raise young co-operatively. This one is the strikingly coloured male, still in his irridescent pulling gear in the early summer, who gives the species its vernacular name. The females and young are brown. 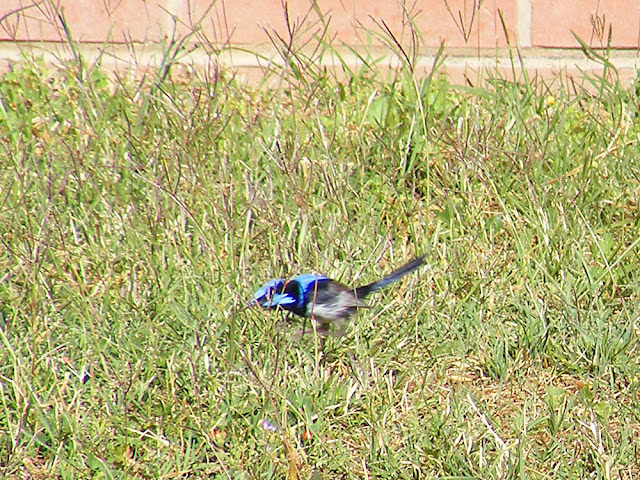 They are insectivorous, hunting in grass and low bushes. 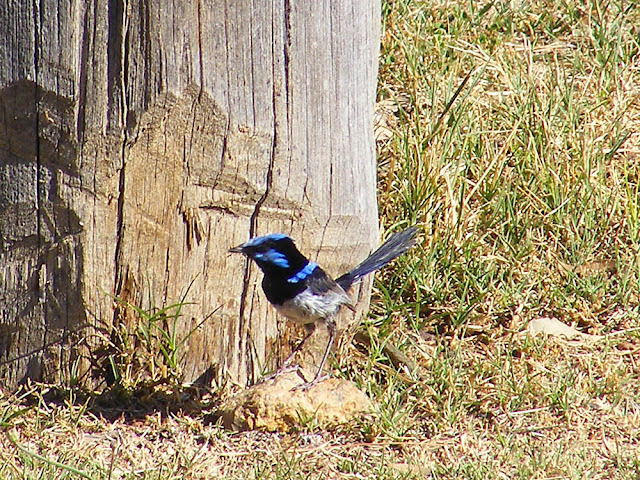 They are not related to European wrens, but are part of a uniquely Australasian family of birds. They are tiny, weighing about 10g, but with a 6cm tail. They are one of the winners in the increasing urbanisation of the east coast of Australia.

Wonderful tweeter!!
It matches that key fob of yours...
weighs about the same, too, probably!!

Oh, forgot to give you the Fenbow Nutmeg Clove Pink seeds yesterday...
you can't do anything with them 'till you un-Antipode... so they are here in a little brown seed envelope.

What a little beauty. Love the
way the blue forms a ring around
his neck. You make your own
croissants!

Tim: yes, same colours. I'll pick up the seeds at some stage.

Sheila: no, I don't make the croissants from scratch. Croissants aux amandes in the boulangerie are made using yesterday's croissants filled with almond paste and refreshed in the oven. I do the same thing by buying cheap supermarket croissants. I make the syrup and the almond paste from scratch though. It's very easy.

Just catching up on blogs to wish you a belated happy birthday!

Lucie: they are real cuties. It's lovely to have them in the garden.