Jacques Guionnet from the Fondation du Patrimoine gave me a booklet on Touraine vernacular buildings when I met him on his visit to the Chapelle de Tous les Saints. I thought it would be interesting to translate some of it and illustrate it with our own photos of local buildings, showing features that are considered typical, traditional and authentique for the Touraine.

I'm going to start with some vocabulary and split it into several posts. Feel free to chip in with the correct equivalent architectural terms in English, as there are many I am not sure of.

'Nowadays we are quite sensitive to what might be considered the built heritage, but it requires more than just awareness to actively rehabilitate a building. In order to best preserve the particularities of an area, we should create a restoration programme that sits in continuity with what has been built over the course of the preceding centuries.'


Chaînage d'angle.
Quoins -- the stone blocks on the corner are bonded (interlock) to prevent the two walls separating. 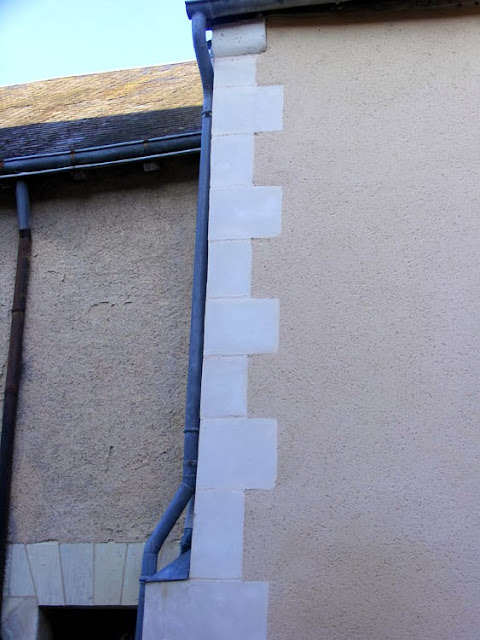 La corniche.
The cornice -- the mouldings that project under the roof eaves and deflect rainwater away, to prevent it from running down the walls. 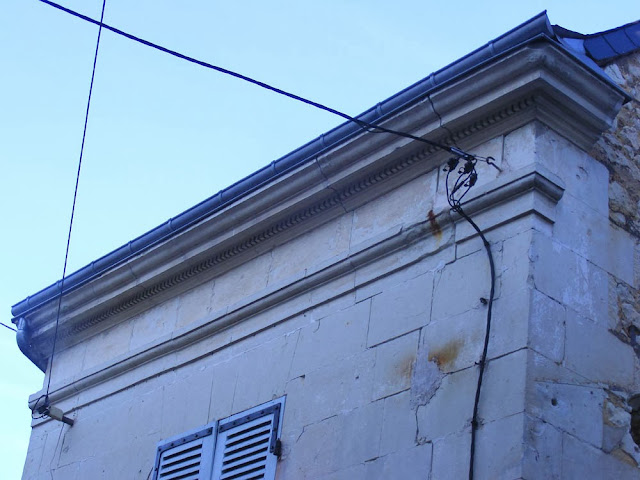 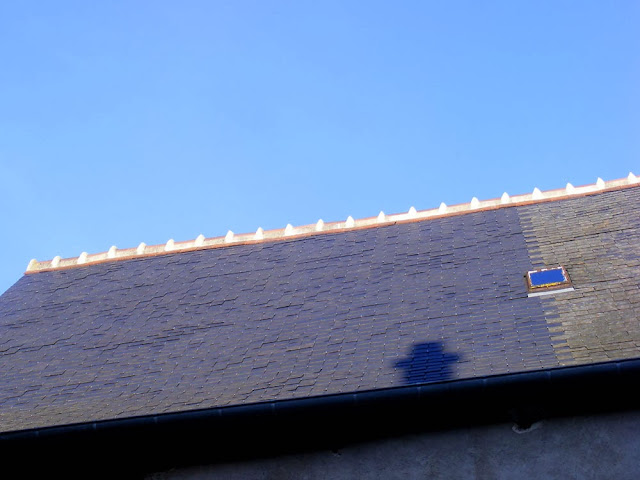 La rive.
The drip edge -- the edge of the roof which extends over the gable. 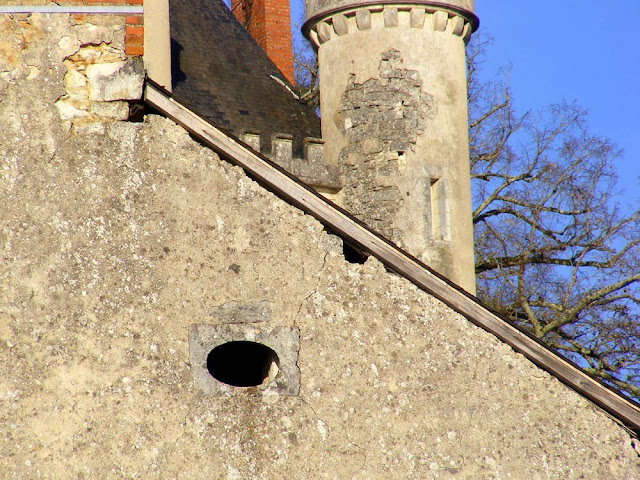 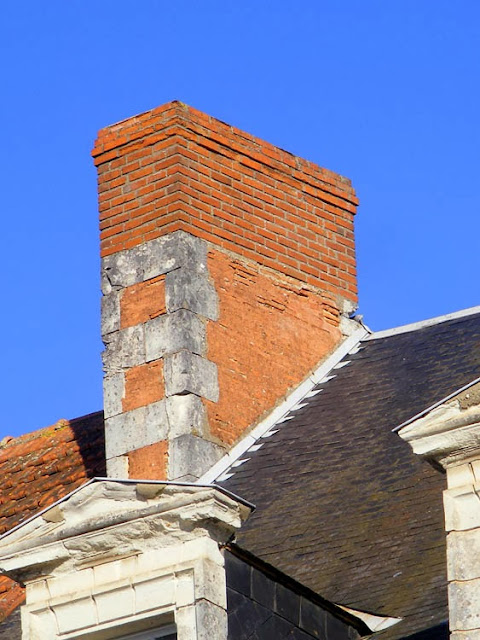 Happy holidays to you and Simon.

Have you seen the book 'The French Farmhouse: Its History, Construction, and Regional Styles' by Elsie Burch Donald? It's an excellent source of information, and has great illustrations and even recipes and methods for making plaster, roof tiles etc. I think it's out of print now but with a little searching on the internet you're sure to turn up a copy.

I didn't know there were standard sizes for chimney stacks! A very useful post.

Bread and butter pudding is a favourite with us... wwhatever the kind of bread. I haven't done a pannetone one for a number of years. I can almost taste it!

Anton is right to recommend that particular book. Our copy (Publ. 1995 by Little, Brown and Company) does not have that subtitle so maybe there are different editions? Prior to buying our house in France I also relished 'French Farmhouses & Cottages' by Paul Walshe & John Miller and 'Traditional Houses of Rural France' by Bill Laws. Since then a friend steered me towards 'Le Petit Dicobat', a buildings dictionary which I have found invaluable. I have the paperback, but the hardback has an accompanying disc as well as a truly stratospheric price.

I am intermittently working on my own glossary of terms.

If Anton or anyone else has any recommendations I should be very grateful to receive them. On return to PsC I shall be hoping to see the booklet That Susan refers to.