The word 'géline' comes from 'galina', the Latin for 'hen'. In the mid-19th century people referred to the 'old black hen of Touraine' or more commonly the 'Touraine black' when speaking about a large black chook widely raised in the area. Up to the 1870s the 'Touraine black' (la noire de Touraine) was seen all over the southern Touraine and in part of Berry. The breed made the markets of Ste Maure, Montbazon and Loches famous, with more than 60 000 chickens and a huge number of eggs sold each year. 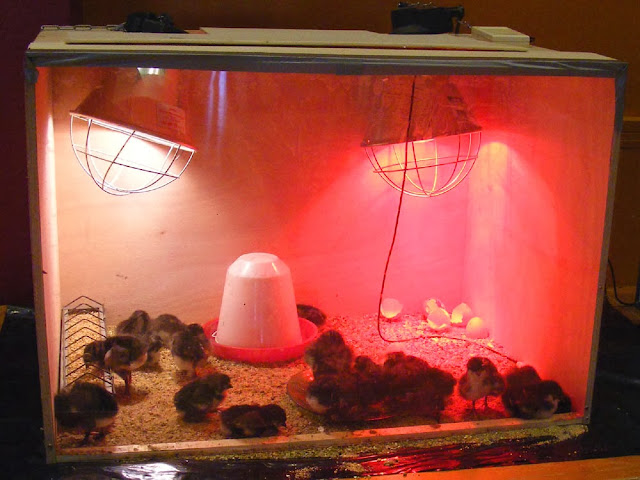 In the 1900s the farmyards of France came to be largely populated by foreign fowl. One man, Jean Baptiste Martin, saw the situation at the beginning of the 20th century and determined to save the 'Touraine black' by giving it a proper name. He decided on la Géline de Touraine and started the Club avicole de Touraine, which brought together farmers, breeders and amateur chook fanciers. The Club was founded on 12 August 1909, under the auspices of the Bourgueil Agricultural Show. The first AGM was held in Tours on 23 October 1909 and a breed standard established for the first time. This standard was officially recognised at a national level on 12 November 1913. 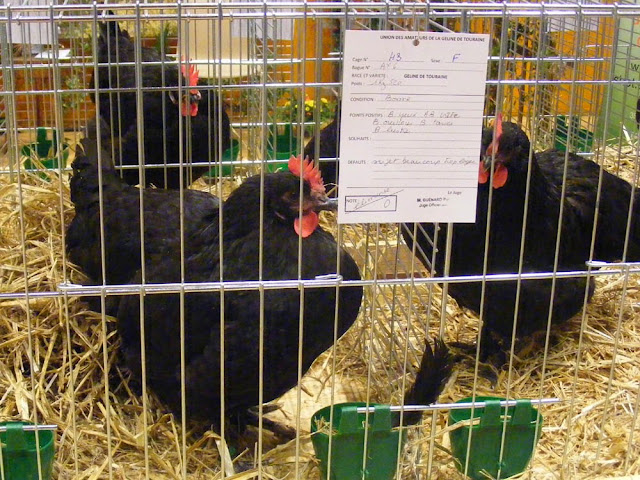 Nevertheless, during the years 1945 to 1970 the breed practically disappeared, under pressure from Anglo-Saxon breeds. 1985 marks the return of the Géline, thanks to several breeders from the Loches area, who found it hanging on in one or two farmyards and recuperated some eggs. In 1987 they hatched 200 Géline chicks and from that time the breed was relaunched. In 1997 the Union des Amateurs de la Géline de Touraine (UAGT) was created with the aim of promoting, developing and preserving the breed, as well as the Touraine goose and the Touraine grey rabbit. 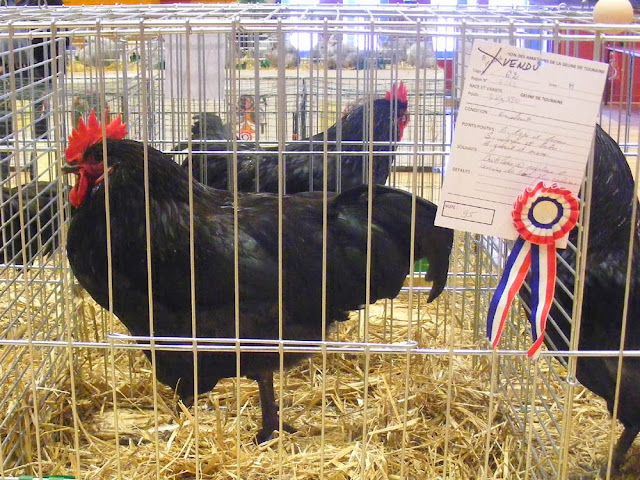 All the photos in this post were taken at the centenary celebration show in Loches for the Géline de Touraine, put on by the UAGT.

What you failed to mention was....
they are damned tasty!!

Nice post on the history of the Geline... and isn't the cockerel a proud looking fella!!?

There were a pair at 57€, at the Huilerie Lepine open day, being shown by the "Club avicole de Touraine"... and there was one of the vast grey Touraine bunnies there, as well, looking very placid... but that may have been that he was in a cage built for smaller fowl... not Bugs Bunny...

I'd love some Gélines but I'd have to have a cockerel because he's such a beauty! He'd be certain to compete with the cockerels up the hill though.
We visited the Elevage Guillemain at L'Augerie, Betz-le-Chateau on one of the Bienvenur à ls Ferme open days. They raise batches of Gélines from day-old to oven-ready. They sell birds to restaurants like La Promenade, to specialist outlets, to the Dame Noire co-operative, at gourmet and Christmas markets and at their farm shop. We first bought one of their fowl at the Saffron fair. Very nice young people, and a very tidy establishment.
A genuine Géline should have a metal ring clipped to its anatomy to identify it.

That rooster appears to be quite
aware of how handsome he is.

PG: I usually get a géline at the saffron fair too.

Sheila: aren't roosters always very aware of how handsome they are :-)

What beautiful birds. And thanks for history.