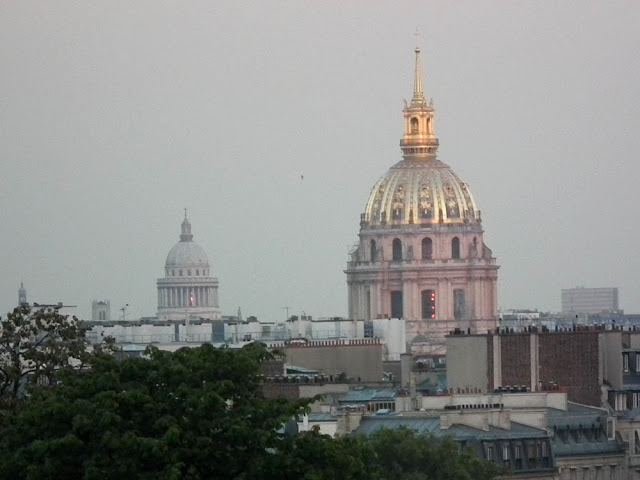 Taken from Place du Trocadéro at about 8pm in mid-September, l'Eglise du Dome (which houses the tomb of Napoléon I) with the dome of the Panthéon further over to the left. L'Eglise du Dome is part of l'Hotel des Invalides, the vast military hospital complex built by Louis XIV and now still a hospital and residence for wounded war veterans, but also housing the Musée de l'Armée (the Army Museum) and offices for the Armed Forces. The Panthéon is the final resting place of many great French men (and the occasional great French woman).
Posted by Susan at 09:00