The big saint here is Saint Martin, a 4th century, Hungarian born, Roman soldier who legend says cut his cloak in two and gave half to a beggar. In his dream that night the beggar was revealed to be Christ and Martin realised he had to quit the Roman army and serve God. He became a famous hermit and then, by popular acclaim, Bishop of Tours. Marmoutier, the monastery he built on the banks of the Loire just outside Tours is still there, albeit with buildings renewed and now a school.


A donkey - probably not Saint Martin's. 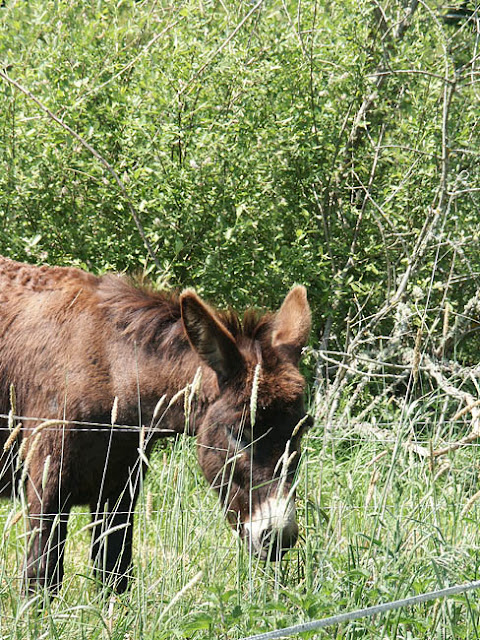 He was a thoroughly peregrinatious type, constantly travelling throughout his diocese on his donkey and this aspect of his life is remembered in the Chemins de Saint Martin pilgrim trails. He is credited with bringing from Hungary the Chenin Blanc grape used in Vouvray and Montlouis, either side of the Loire near Marmoutier. Consequently, he is not only the patron saint of beggars, soldiers, tailors and equestrians, but also vintners, innkeepers, alcoholics and ... geese.


Heading for the vines? 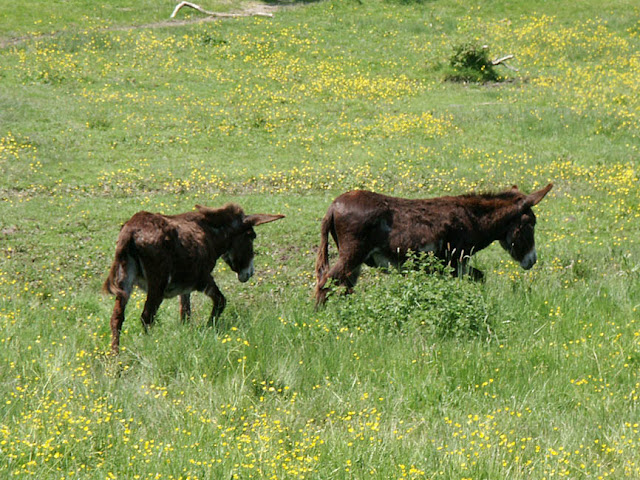 His donkey gets its own 15 minutes of fame though. The story goes that it was partial to eating the grape vines that Saint Martin had brought back from Hungary. Saint Martin noticed that the grapes these vines produced made better wine that those from the vines the the donkey couldn't reach, and the vines were more robust and healthier. Thus the practice of pruning vines was invented and has been practiced ever since.


(Yesterday was Saint Martin's Day, the anniversary of his burial in Tours in 397.)
Posted by Susan at 09:00

And I hope you're enjoying "l'été de la Saint-Martin."

chm: not sure that our current misty-moisty weather qualifies as a Saint Martin's summer :-))

I used to visit friends in Candes-St. Martin...one of their neighbours had a party piece joke on seeing cars registered in the Indre et Loire

'They're still looking for St. Martin...'

Fly: and on discovering that the owner of the car was English, the chance for another joke, about returning to claim the Plantagenet heritage, I've no doubt.

I'm very partial to chenin blanc,though I prefer it in a dry white, so I'll remember that Saint Martin brought it from Hungary and that the vines are pruned because of the donkeys!

Fraussie: Vouvray Chenin blanc is just about all I drink these days. I'm surprised you haven't heard the story -- the Vouvray vignerons love to tell it.