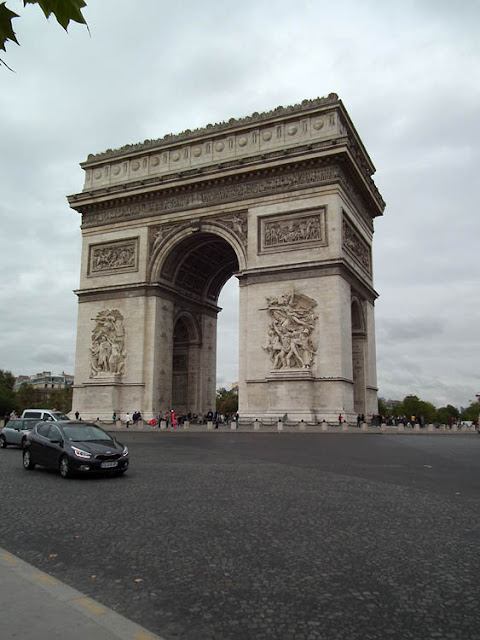 The Arc de Triomphe is fantastic entertainment value. We can spend at least an hour standing on the side of the road watching the traffic negotiate the Etoile. Traffic from 12 major avenues feed into the roundabout, which is 10 lanes wide. The Magic Roundabout in Swindon eat your heart out! 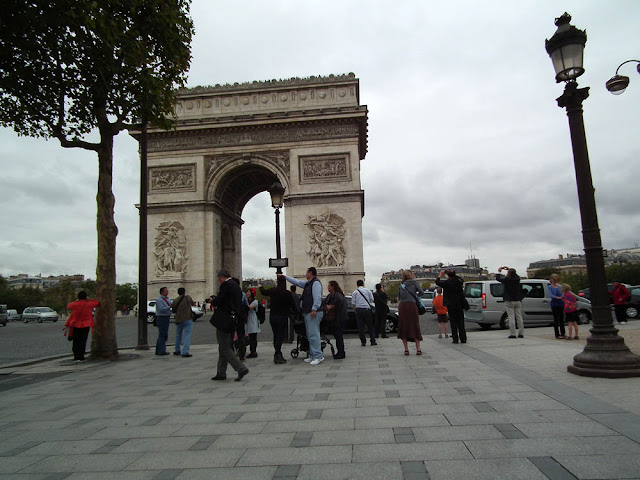 Tourists gather at the edge of the Etoile ('Star') as the junction is known. 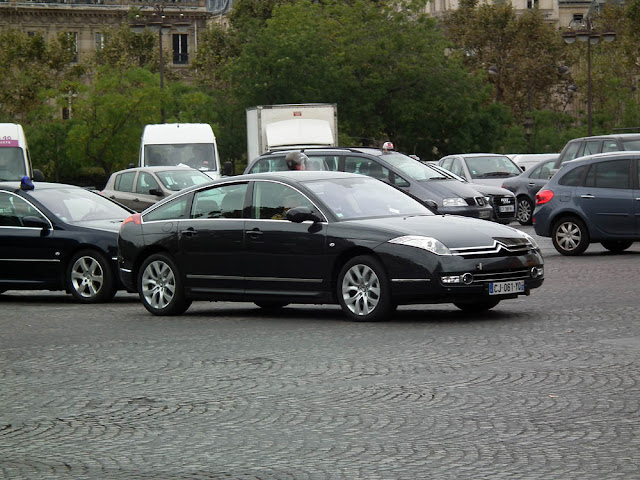 Dignitaries being whisked to lunch in big luxury Citroens with a Republican Guard motorcycle escort through the roundabout. We encountered them a bit later at a fancy hotel restaurant, but we chose to have lunch around the corner in rue Miromesnil.

In addition to exclaiming at the courage of cyclists serenely pedalling through the chaos, gasping at the foolhardiness of ducking and diving scooter riders and being thankful that it isn't you out there, you can watch the gypsy woman working the gold ring scam or the young Australian musicians in crazy costumes making a video for their latest single.
Posted by Susan at 09:00

They gathered on the Champs Elysees, which is where we found them, and 3500 2CVs and other A-Series Citroëns... along with a handful of HY Vans and a goodly number of Célestine's relatives... caused absolute chaos in the middle of Paris on a Friday rush hour. Just to aid the chaos, we stopped for about 15 mins at all the main tourist spots... the only place where other traffic was allowed to flow through a restricted artery was the Place de la Concorde.

And the gendarmes, being vigorously "Honked" by other impeded motorists because they were just doing there job.... just shrugged and waved us on!

It is the only time I've driven in the heart of Paris... and as far as I am concerned, having accidentally got as far in as the Terriferique... will be the last!!