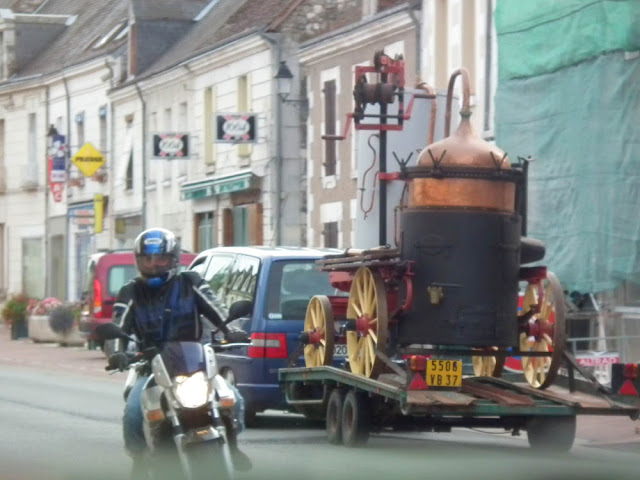 We followed this mobile still on our way home after dropping clients off on one of the Journées du Patrimoine in September. I don't know if it been somewhere demonstrating the heritage of small scale distilling in France, or whether it was a licenced mobile distiller heading home after a session in someone's orchard -- I'm inclined to think the former. 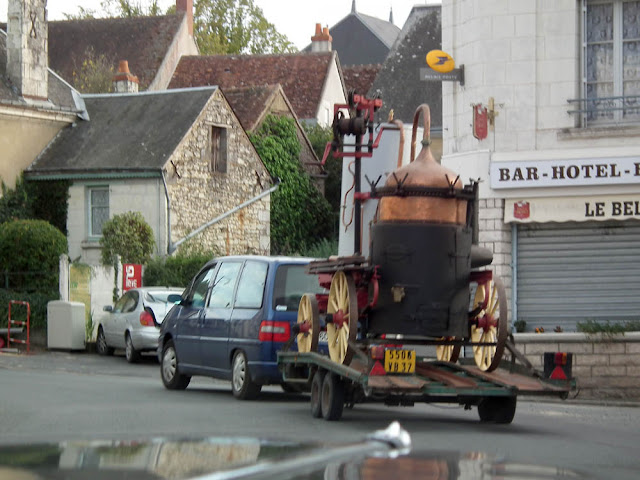 Bertrand, over on Wine Terroirs has written a long post about a day spent at the mobile distillery if you are interested in knowing more about this tradition. 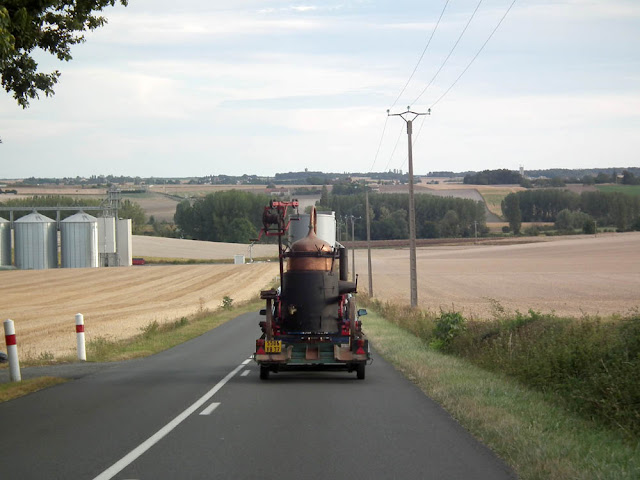 Between La Chapelle-Blanche and Ligueil.
Up until 1959 mobile stills were passed down family lines, but with the change in the law that meant that you could not inherit the right to distill, the tradition of the private mobile distillery is dying out. These small scale family distillers were allowed to produce 20 litres of eau de vie per year, tax free. From next year, the few that are left will not even be allowed to do that, and all mobile distilleries must be licenced professionals and anyone using them pays a duty of  €7.50/litre. 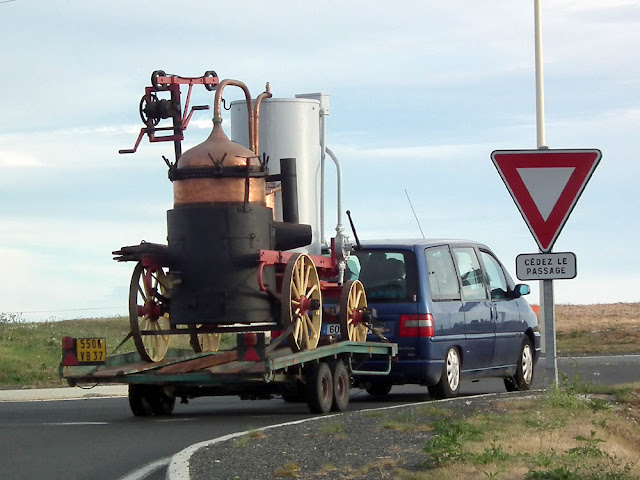 The roundabout for the Ligueil bypass.
Posted by Susan at 09:00

What a shame that such an old custom is being stamped on. We have a small bottle of eau de vie de prune that Richard our neighbour gave us, made from plums from his own tree. The rural consortiums that run the distilleries won;t turn professional, so that'll be it. P.

What a lovely old contraption. I bet it makes a great noise when it's working !!

Beautiful contraption, I agree, but I'm not sure how good most of the eau de vie was for people's insides!

Fraussie: Quite! The home made stuff I've had has been mostly rot gut, although it usually improves with several years of aging. Also the stills themselves were very dangerous and not infrequently blew themselves and their operator up.