The Chimney is Finished

Our chimney is finished, the scaffolding is down, and the masons departed.

Searching back through the photos we have taken since we bought the house (almost 25,000 of them) I have managed to find three which show the evolution of our chimney. The first photo was taken in May 2006, on the day we had the house surveyed and a report done. It shows the chimney in poor condition, as well as the hanger at the front of the house. 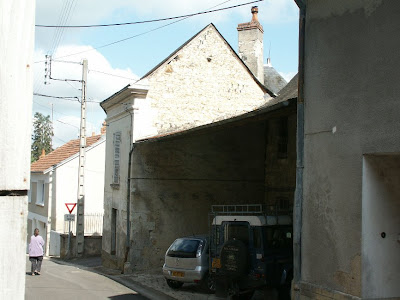 The second photo shows the roof where the chimney used to be. The old chimney was demolished by the roofers in September 2007. Poor leadwork around the chimney (and all around bad maintenance) were responsible for the hole in the roof which caused the old staircase to collapse. 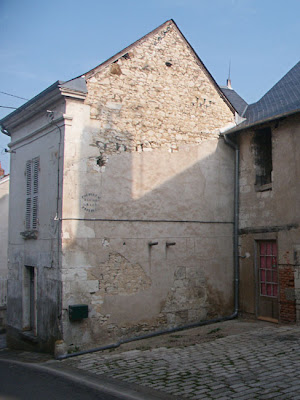 The third photo is the chimney as it is now. It is on the same alignment as the old chimney, but is only half the width. The old chimney had two flues, one for the salon, and one for the upper chambre which we have dispensed with. When we bought the house neither room had a working fireplace. 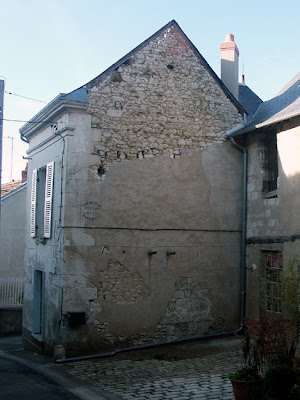 Simon, is this another new header photo or have I been not paying attention lately? The foliage looks more autumnal and the river looks a bit fuller. We noticed last Saturday that it was fuller than when we saw it in August (we had to make an early morning passport trip to the vet for Lulu.) We wondered if there was a damn or something that had been opened to let the water back in as the water level seemed so much higher.

Jean The water levels have been really weird - one day bare mud, next day water. I will try post some photos in the next couple of days showing how variable it has been. I assume someone somewhere has a water button they press to release water into the river.

As for the photo, it's the same one we have had showing for a couple of weeks.

it looks great, i'm thrilled you're bringing the old place back to life. have you been following riana's stonework/plaster adventures over at These Days in French Life??? she's a wonder, that girl. they're also like insulating the house with wool. kind of thing, very authentic.