Every town and village in France (and a lot of hamlets) have a war memorial erected to remember those who died in World War One. 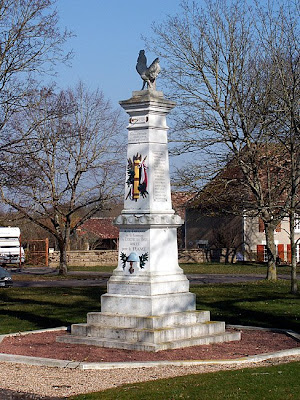 This particularly handsome example is in the Vienne village of Leigné les Bois, near la Roche Posay