Compared to the speed limits on the Autoroutes (130kmh/80mph in the dry), speed limits in towns are quite low.

The default speed limit in towns is 50kmh/30mph, and you have to keep your wits about you - the speed limit is not shown on a sign. Instead, as you enter a town you will see a sign with a red border giving the town name. This is your cue to slow down. 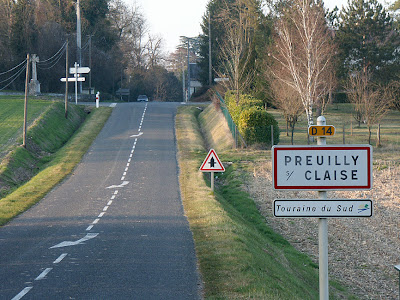 The sign is often placed a fair distance before the town, giving you the opportunity to slow down without standing on the brakes. This sign in Preuilly is about 300 metres earlier than I would have guessed. You may then get a sign showing 50 in a red circle, with the word RAPPEL below it. This is a reminder, not the start of the lower speed limit.

When you leave town you get another sign, similar to the entering town sign, but crossed out; You then revert to the out of town speed - this is not shown on a sign either, so once again you have to think about where you are and the kind of road you are driving on. 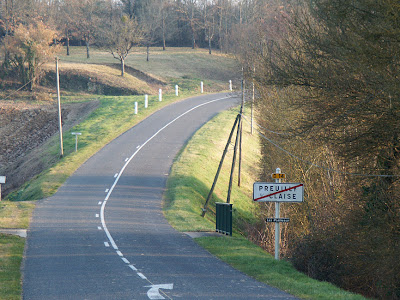 Inside a town there may be places where the speed limit is lower; you will actually get a sign telling you what the limit is.


Simon
(this post was just written as an excuse to show some different photos...)
Posted by Susan at 10:00