On Thursday 29 March the local walking group that I belong to met in a carpark in La Roche Posay and set off for a circuit through the countryside around this small attractive spa town. 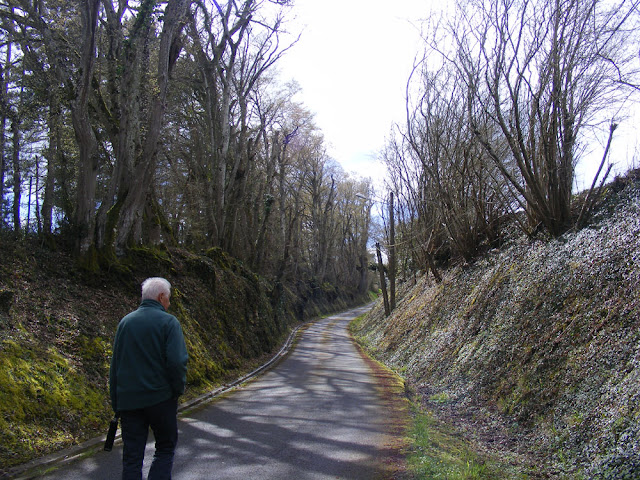 This sunken lane is a couple of hundred metres from the dentist's surgery that Simon goes to. Lesser Periwinkle Vinca minor, Ivy-leaved Cyclamen Cyclamen hederafolium and Lesser Celandine Ficaria verna grow along the banks. 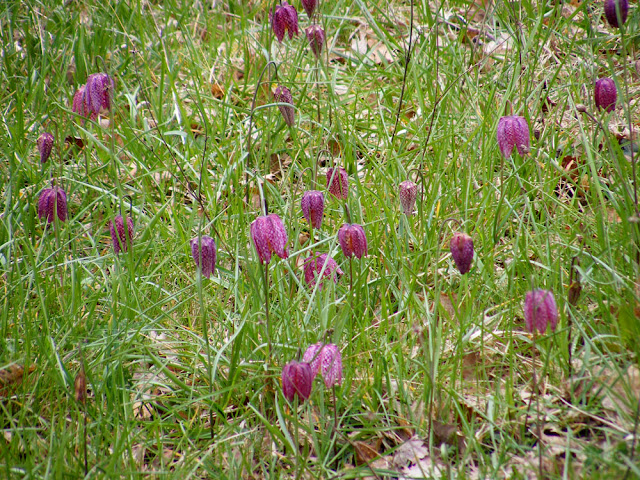 A meadow full of Snakeshead Fritillary Fritillaria meleagris in the grounds of the Connétable Thermal Spa Hotel. Along the roadsides here there is Greater Periwinkle V. major.


Rainbow through the trees. 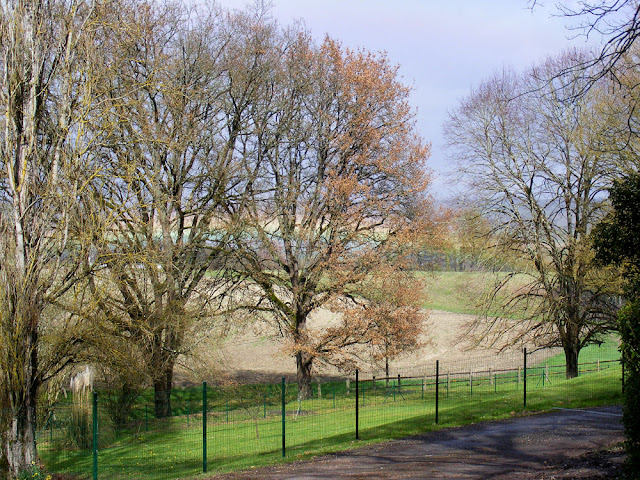 This was the most impressive rainbow I've ever seen. It was very low, through the trees, and made the landscape glow. 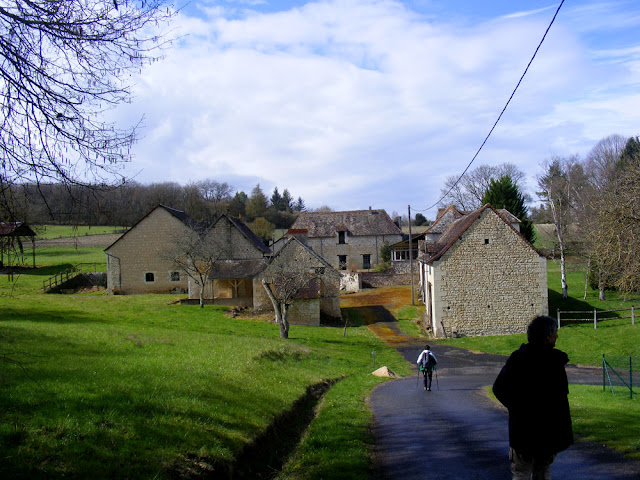 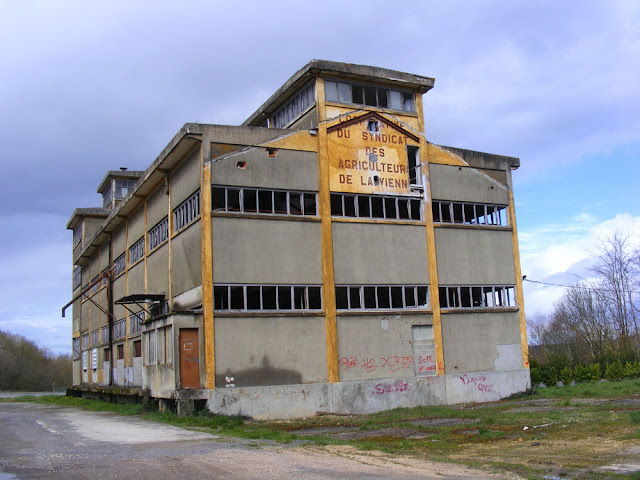 The mill on the Creuse at La Roche Posay. 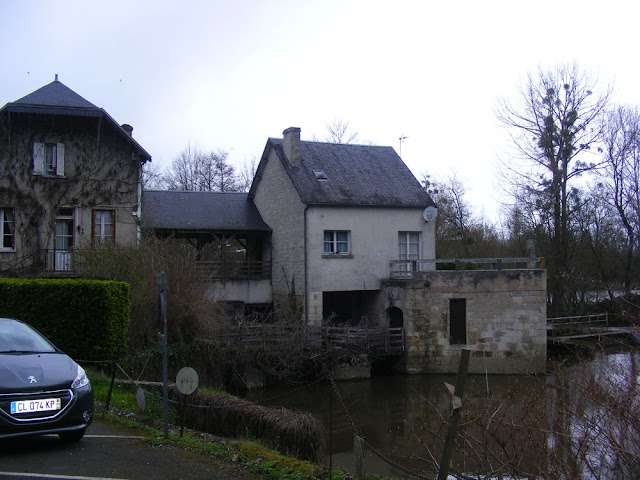 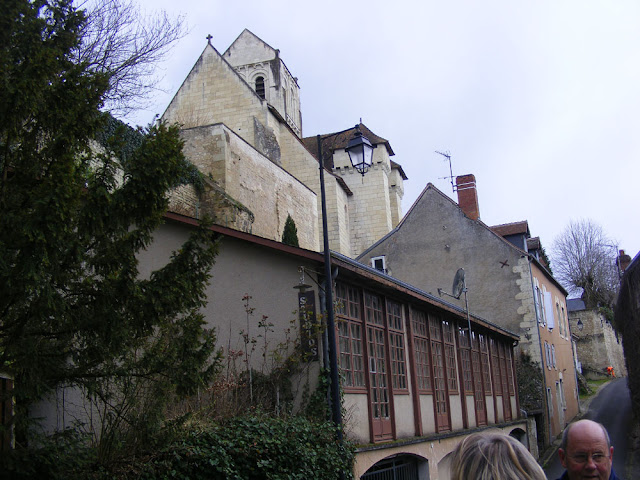 This building, opposite the mill, has a sign saying 'Studios' on it. Studios for what, I wonder?


A street behind the church in La Roche Posay. 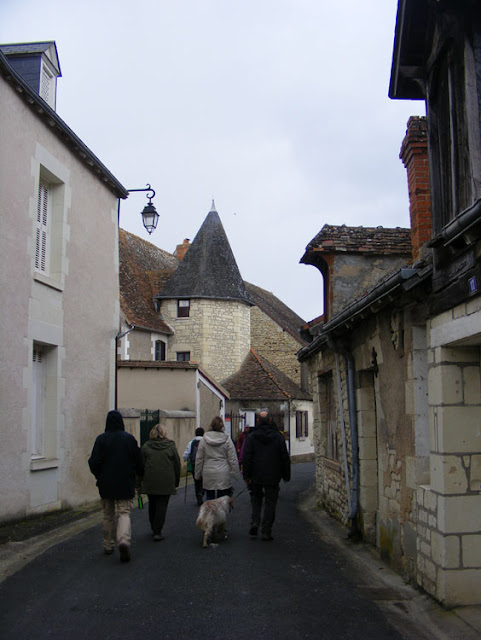 Almost every building in La Roche Posay has a sign indicating it is providing accommodation for curistes (people sent here for a cure at one of the spas and often funded by the public health system) and this street is a typical example. 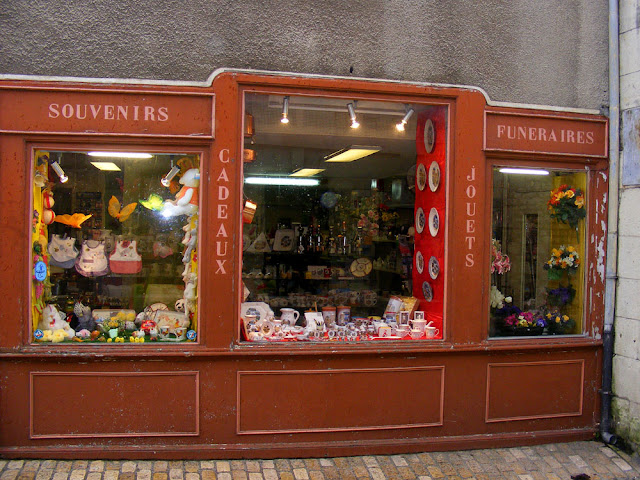 I have never been inside this shop, but I imagine that tasteful isn't part of their buying brief.


An info board, in English, in the market place, in La Roche Posay. 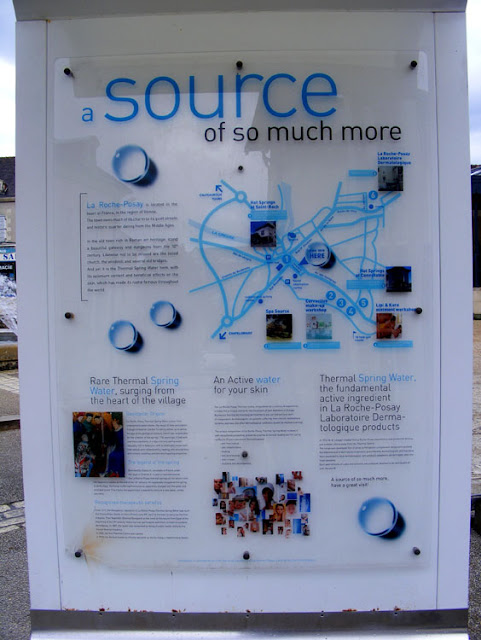 The board is quite worth reading. It tells you the history of the development of the thermals springs in this place, from medieval times to now.
Posted by Susan at 09:00

Since lots of people come for treatment they are probably studio flats.

Yes, probably. The design of the building, with all that glass made me wonder if it was more for artists though.