Monuments to the Dead

Amboise is a town with quite a lot of public statuary, memorials and monuments. Sixteen of the public monuments commemorate war dead. That's more than one for every thousand of population today.


'The town of Amboise, to its children, deported workers (forced labourers), dead for France.' 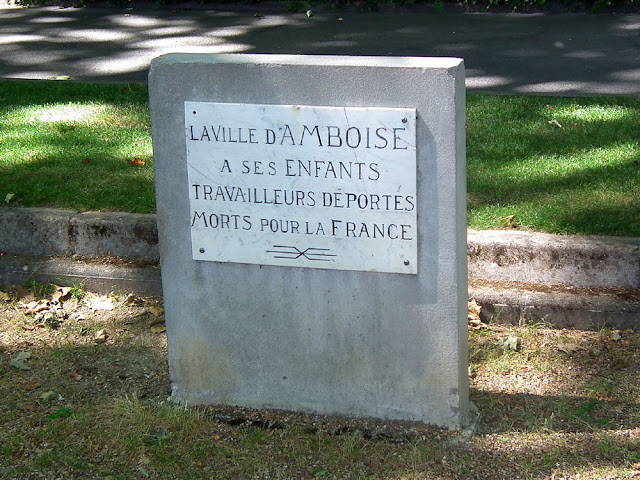 'To the widows and orphans, victims of wars.' 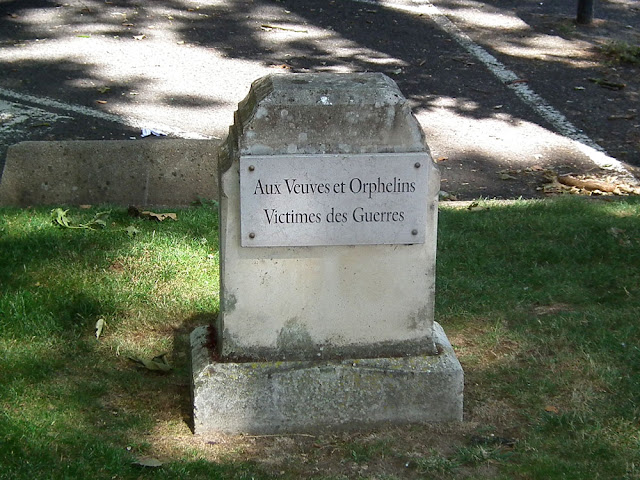 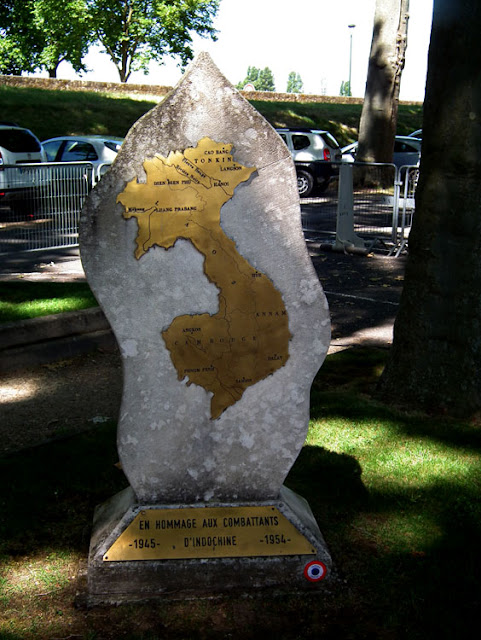 The town of Amboise, to its deported, dead for France in the Nazi forced labour camps. 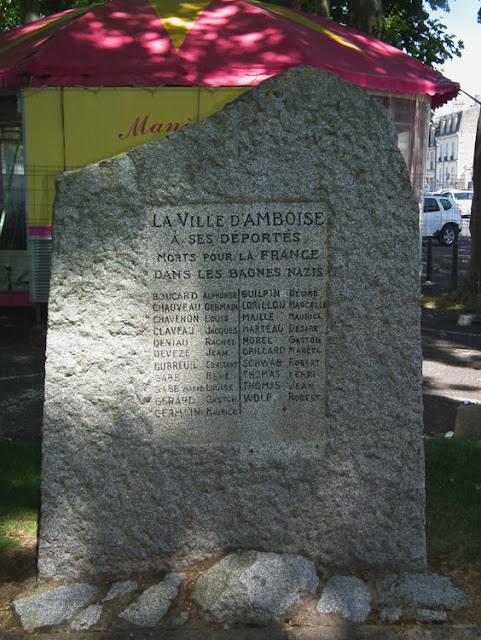 The main war memorial in Amboise. 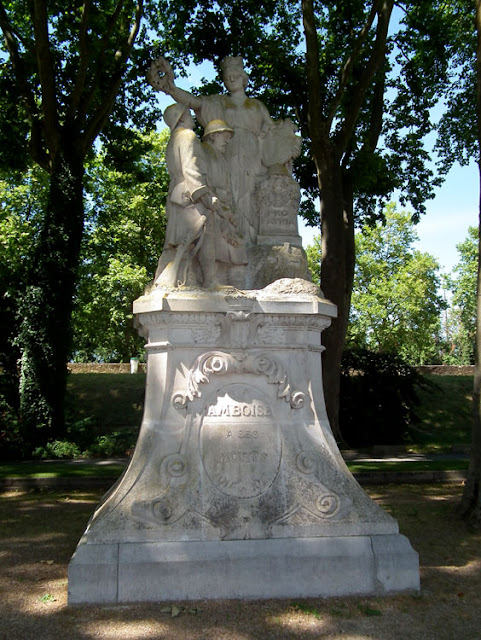 The main war memorial honours those who died in the First and Second World Wars and the Algerian War of Independence. Situated on the Quai du Général de Gaulle, it is surrounded by a number of steles (four of which are pictured above). This is the memorial around which most commemorative ceremonies are held in Amboise.

The monument has two distinct parts. The lower part acts as a pedestal, and carries the dedication, the lists of the dead and the arms of the town of Amboise. On the pedestal are three figures -- two soldiers and a woman. The soldier on the left represents a young recruit. He's wearing his full combat uniform and equipment for fighting in the trenches, but he's survived the war. The central figure is more funereal. He's a territorial, that is to say, an older soldier (over 40) who were given a variety of tasks, but usually did not fight. He holds a wreath. The third figure is allegorical. She represents the town of Amboise and wears a crown to indicate Amboise is a fortified town. In her left hand she holds the arms of the town and in her right holds out a wreath of laurel and oak to the soldiers.

The work is by the Amboise funerary monuments carver Angibault and the sculptor Garand from Tours. It was originally installed at a different location in the town in 1924, but moved to the current location in 1982 and restored in 2013.

Today is ANZAC Day in Australia, when the country stops to honour its war dead. In France, today is the national day of commemoration for the deportees (those sent to forced labour and concentration camps in the Second World War).


Three generations of the Brand Family 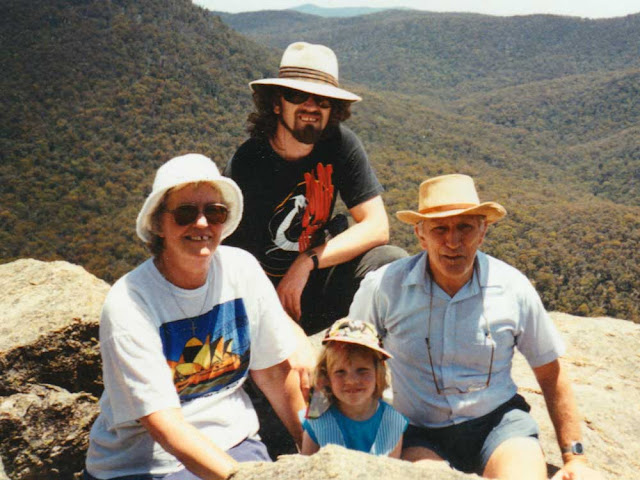 During World War 2 she was evacuated from London a number of times, and later she and I were to revisit some of the places she spent time, even finding her name in the register at one of the village schools.

She married my dad in August 1959, and in 1966 they emigrated to Australia with 3 children to set up a new life. Mum was as proud of her Australian Citizenship as she was of her English Heritage.

We had a phone call from my father to say that mum passed away earlier this morning French time. I will miss talking to her, even though the last few years it has been difficult.

We're working today and tomorrow, so it will be an interesting time. I'm not doing the thinking thing for a few days.  Simon.
Posted by Susan at 09:00

Sorry to hear about your Mum, Simon Our thoughts are with you.

Heart-felt condolences, Simon. I just went through the same thing, as you know. It will take some time to finish the grieving. I was just thinking a few minutes ago about how these last three months, since my MA died, have been a time like no other for me. A blur in a way, but a vivid blur.

Simon, our condolences. As the days go by, every good memory of her in your life will come to you.

so sorry for your loss.....hard to lose your mother, no matter the age

My deepest sympathies Simon about the loss of your mum. I know how it feels being so far away when you hear the news. The next few days, weeks and months won't be the same and when the hurt is hard to bear in your quiet moments may your love for her and your fond memories of her be your comfort.