I think that Blue Hole at Bermagui on the New South Wales Sapphire Coast is the most beautiful tidal swimming pool I've ever seen. Sadly, I've never swum there. I didn't even know of its existence until friends Rick and Helen took us there after lunch at the Tathra Pub, almost as an afterthought. We didn't have our bathers so didn't go swimming. We just watched the locals come and go and it was obvious that many of them use the pool regularly. 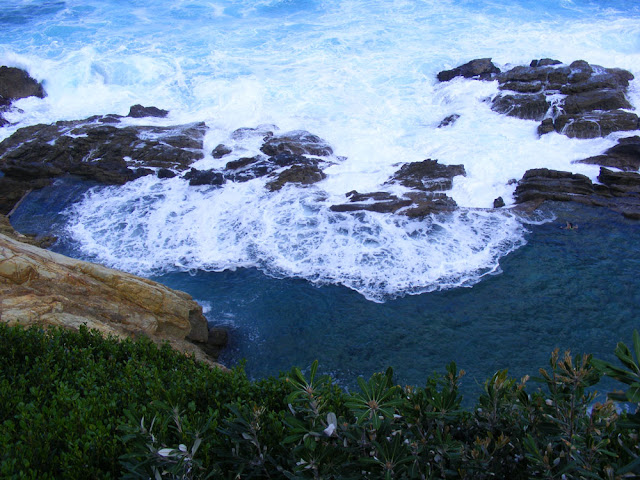 In 1937 a local resident devised a plan to create a training and competition pool. He brokered a deal whereby the New South Wales Department of Works and Local Government would grant £200 if the locals raised another £100. In the end Bermagui District Lifesaving Club also contributed £100. The money allowed the dynamiting and dumping of rocks to enlarge an existing rock pool. Later, another £100 was forthcoming to make the forty or so steep steps down to the pool, and a paddling pool was added on one end. Finally, the Department of Works coughed up another £300 so that a changing shed could be added. Bill Dickinson, who had the original idea, personally contributed £300 and considerable personal labour. The pools flush clean with each tide and water quality testing proves it is of the highest standard. More recently, in 2011, the council has added a viewing platform, not just to enable tourists to watch the swimmers, but also to look out to sea and spot whales on migration in the autumn. 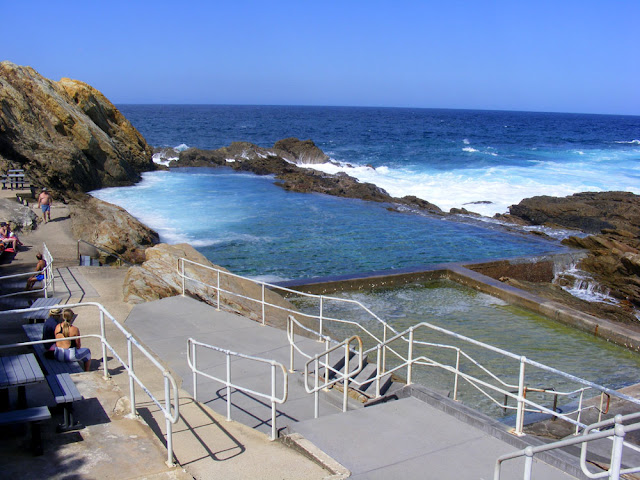 Look up and you will see Sea Eagles. 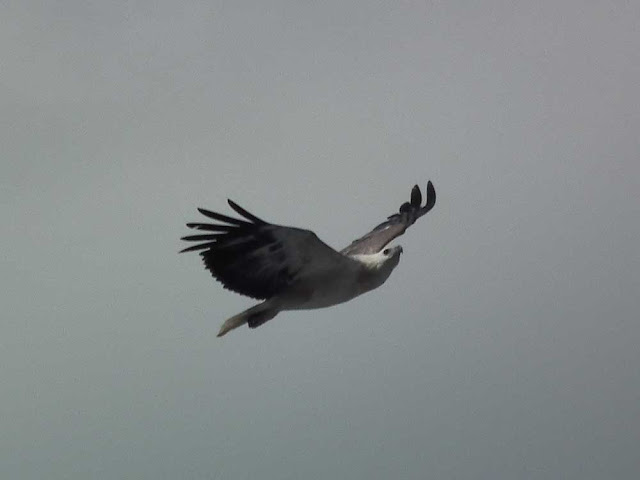 Looking down the coast from the pool. 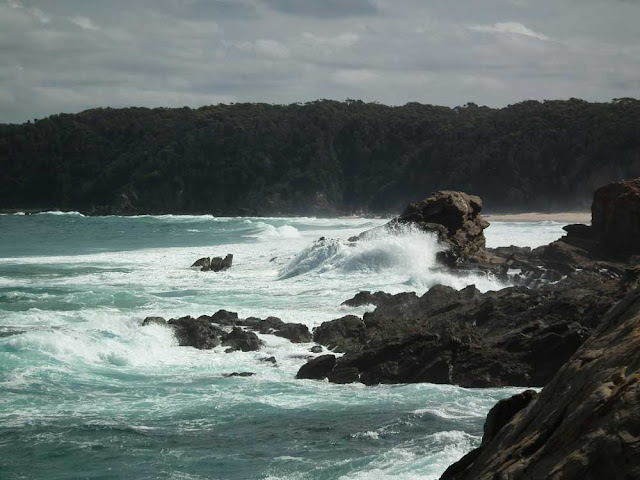 In the early 1970's I spent a school holiday at Bermagui, in a campsite not 500 metres from the Blue Hole. For some unknown reason, we never found this well signposted swimming pool. Whether that was our fault or theirs I am not sure.

I’ve been to Bermagui but in the winter and we did not see this swimming hole either.

How interesting that it is such a local secret.