As we crossed the Cher in Célestine and came up to the interchange between the D31 and the D140 at la Croix-en-Touraine a refrigerated truck pulled out in front of us. It had come from Rodolphe le Meunier's cheese refining facility around the corner in la Croix-en-Touraine. 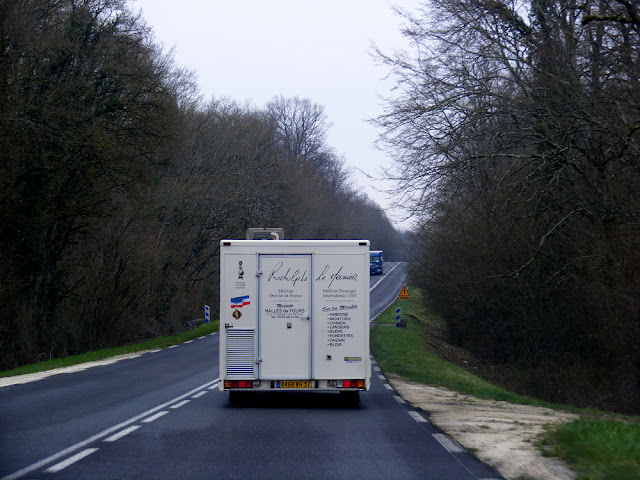 We followed it through the forest to the roundabout at the Amboise Ag College. It went straight ahead. So did we, down the hill, past the turn off to the hospital and the cemetery, past Saint Denis' and stopped at the lights to turn on to the D751 that runs parallel to the Loire in Amboise. The truck went right, and so did we. It crossed over the river and so did we. At the roundabout on the other side of the bridge it turned left. We followed. Where was he going, we wondered? It was the wrong time of day to be heading for a market, and the wrong direction.

It started getting properly weird when the truck turned right off the levee and down into Nazelles-Négron. That's where we were going. Simon said, "Wouldn't it be funny if he was going to the auto-electricians too?!" 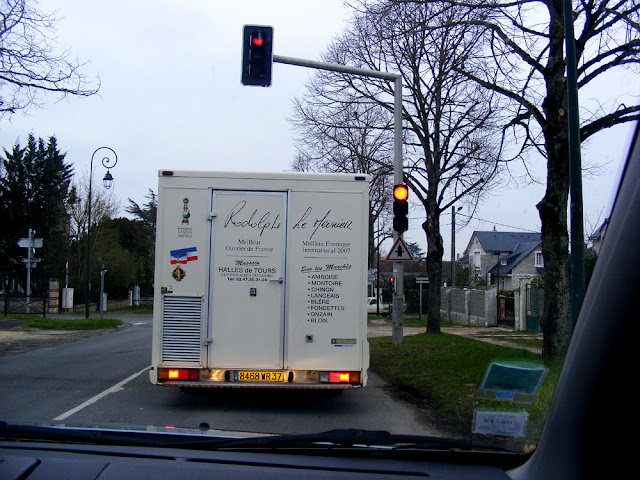 The truck did indeed take the slip road for the auto-electricians, but it turned out it was going next door to the roadworthy testing garage. And it turned out it wasn't Rodolphe himself driving, so we couldn't spook him out by turning up behind him. Damn.