What am I Photographing?

What am I photographing in Rick and Helen's kitchen? 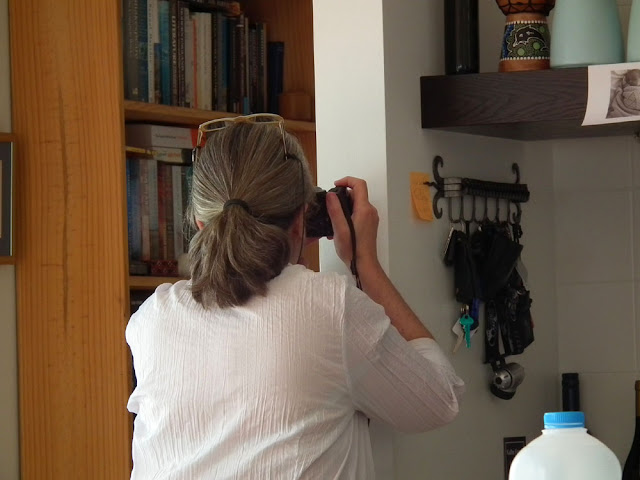 It's a large male geometrid moth of some sort, and rather beautiful. A trawl of the internet reveals that this is a species currently called Hypobacta tachyhalotaria. It was only named in 2009 when DNA sequencing revealed that the mainland species previously known as H. percomptaria probably doesn't exist. That is to say, it exists on Tasmania, but the similar looking moths on the mainland are something else (and probably a species complex, not even a single species). He was photographed in the house of friends Rick and Helen on the Sapphire Coast of Australia (the southernmost bit of the New South Wales coast). 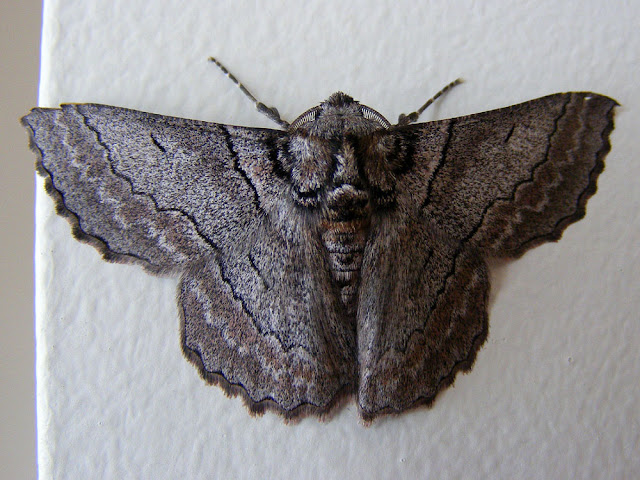 Email ThisBlogThis!Share to TwitterShare to FacebookShare to Pinterest
Labels: Australia, butterflies and moths, nature and wildlife

Nice looking Moth but how do you know its a He... I know what Simon would say Ha Ha... C

My question is the same as C&E.

Secret insider information...and the fact that it has large comb like antennae, all the better to sniff out those female pheromones. Females have thread like antennae.

See my response above to Colin.