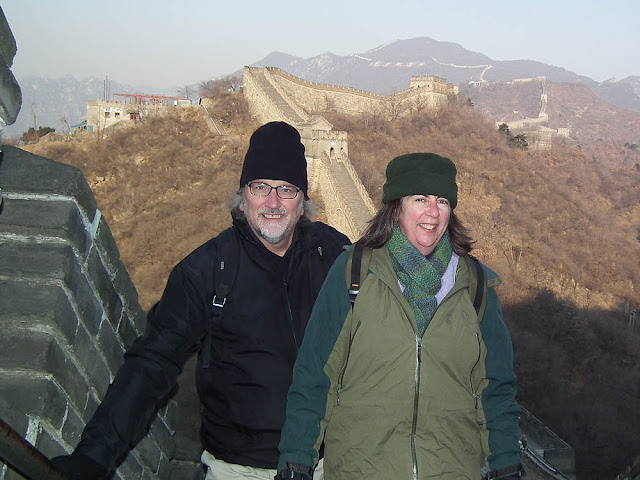 We got married because we had to. Not because I was pregnant, but because the laws in the UK are so archaic that despite being an established couple of about 5 years duration when we arrived in the UK, we would not have been each others next of kin. If either of us had been hospitalised for something serious it could have been a problem. So we got married, in our local registry office, a very attractive 19th century building that had a former life as a Carnegie library. I took half a day off work and Simon went on honeymoon to America on his own. We told no one and the whole thing cost about £100. I'm not posting any photos because although they exist, we can't find them.

In Tiananmen Square in Beijing, 2017. 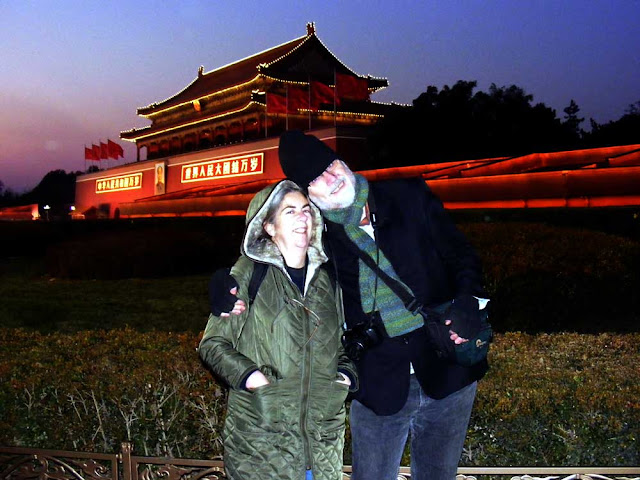 Anyway, now that we've made it this far, what would be an appropriate symbol of our union? So...we've decided to buy a new mattress for the marital bed. Actually,we don't have much choice. The mattress is as old as the marriage, and is showing its age. It is a Relaxsan foam mattress made in Italy. We bought it in London for very little money and loved it right from the outset. Relaxsan were the first to manufacture high density foam mattresses and reading their reviews, everyone who did as we did had no reason to regret the decision.

We spent an afternoon trawling the mattress shops in Chambray-lès-Tours. We tried out mattresses ranging in price from €300 to €3000. You will be unsurprised to hear that the €3000 Tempur mattress, made in Denmark, was our favourite. However -- €3000! Eek! And it would be 10 -12 weeks before it was delivered. Our bed was bought in London and is not a standard French size, so our new mattress needs to be custom made. 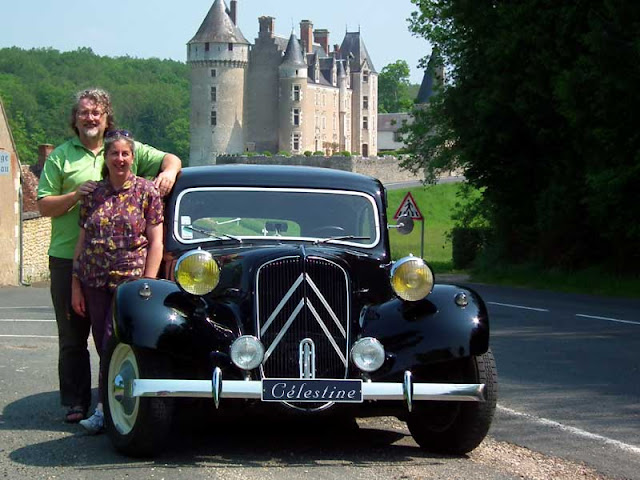 So, Simon has scoured the internet, and our current plan is to buy another Relaxsan mattress online, from a British supplier for £280. They apparently only sell in Italy and the UK. We've heard they have modified them a little, but hopefully we can a) get one delivered to France, and b) we will love it just as much. After all, we want the marriage to last another 20 years.

Congrats! On a mattress advert they were sugesting that they should be 'changed' after eight years. That would be a bit longer than The Seven Year Itch or the average time spent living in one house. The Tempur look wonderful.

We discussed the potential lifespan of mattresses with a couple of the shops. Basically, the heavier a mattress is the longer it will last and the better its quality of materials and construction is. The Tempur ones are hospital quality and would last 20 years. A medium quality €600 mattress would last 10 years. We looked at one at €300, which was clearly much lighter in weight than the €600 one and lighter than our existing mattress. The mattress shop guy did not recommend it.

Cheers to your anniversary! Our daughter got married to her French hubby in northern VA outside DC at a justice of the peace which cost all of about $50 (cheapest wedding we could have wished for lol)

Ah, the romance of it all! Makes my heart sing.
Jocelyn

Happy anniversary from us. I didn't mean to be late, but my comment on the day didn't go through. Late anniversary wishes just mean you can keep on celebrating, so pour a little glass of something special for yourselves today.