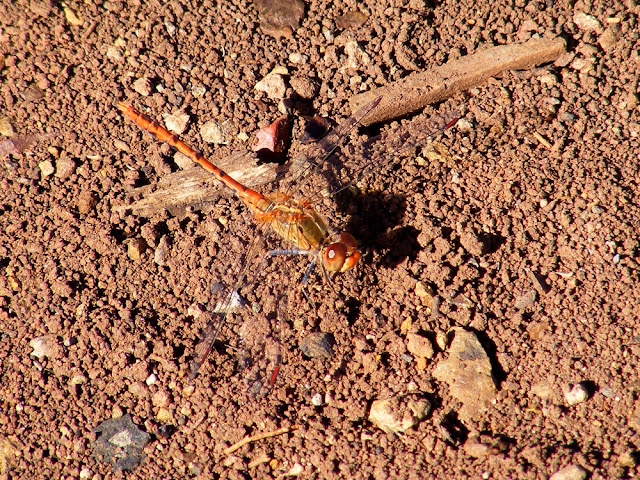 The Wandering Percher Diplacodes bipunctata is a more or less ubiquitous dragonfly in Australia (except for Tasmania). This one is male and was photographed in south-east Queensland. They commonly perch on the ground or rocks rather than vegetation. The species is an early coloniser of newly created ponds. It is in the Libellulidae family of dragonflies and looks remarkably similar to members of that family present in France.

I've worked with a few Wandering Perchers in my time - well, I worked, while they wandered round perching on my (and everyone else's) desk for a natter. Now I have a Latin name for them......