Lunch at the Goat Cheese Fair

This weekend just gone was the Sainte Maure de Touraine goat cheese fair. Traditionally the botany club I belong to sets up a display of wild flowers that one can find in pasture. We feature the ones that are good for the goats to eat and those that are toxic. These wild flowers theoretically form part of the terroir of the AOP cheese. So on Saturday I was to be found helping my friend Jean set up a botany exhibition in the market halls at Sainte Maure de Touraine. As part of the deal, the botany association shouted us lunch at the community restaurant. 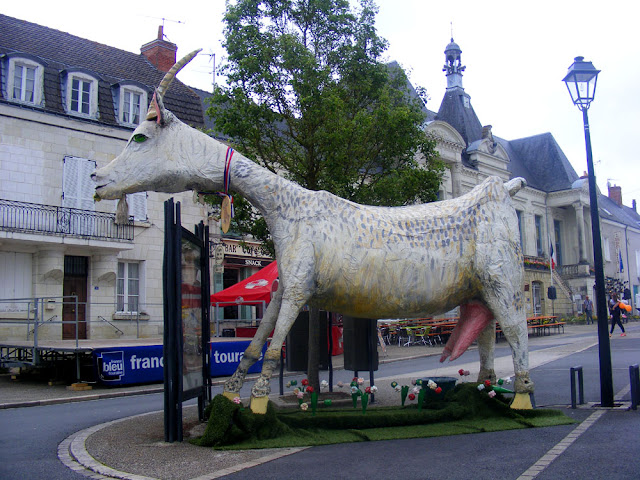 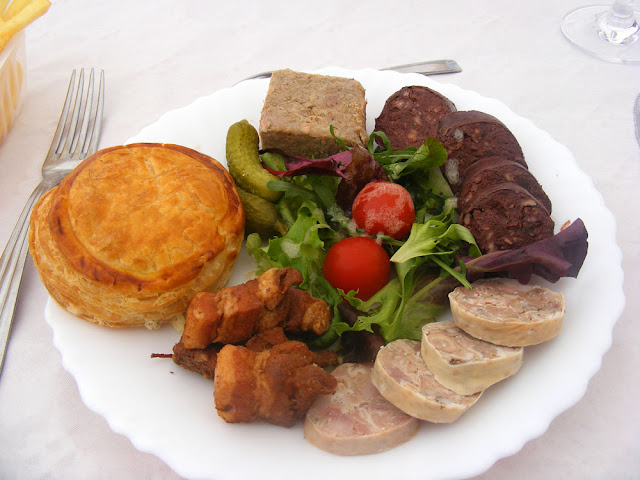 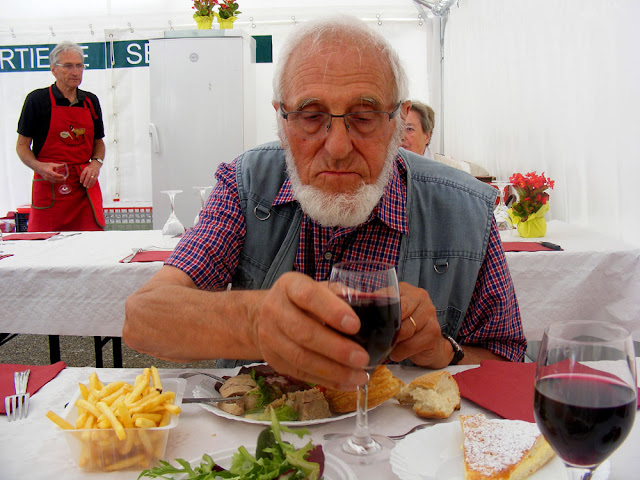 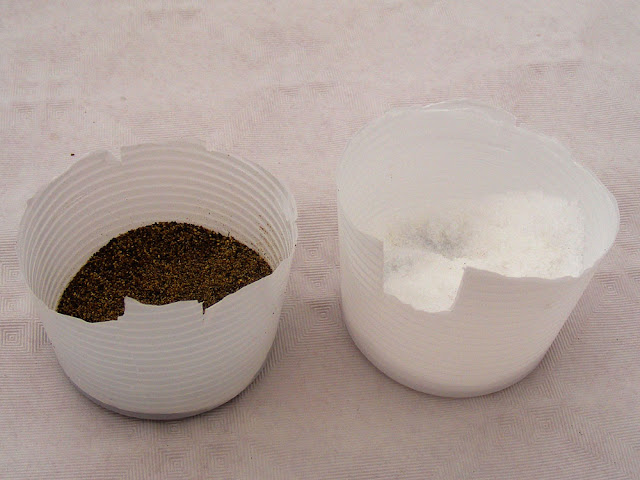 The tables were refectory style, everyone shared. The woman next to me caused consternation by asking for salt and pepper. This is what she was provided with. There were a lot of jokes about Sainte Maure porcelain. 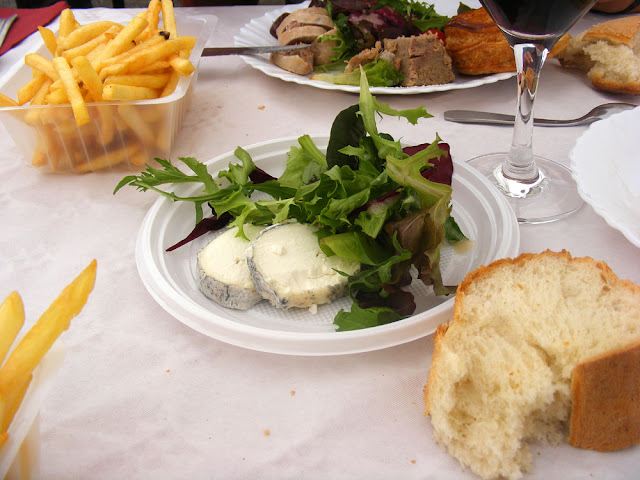 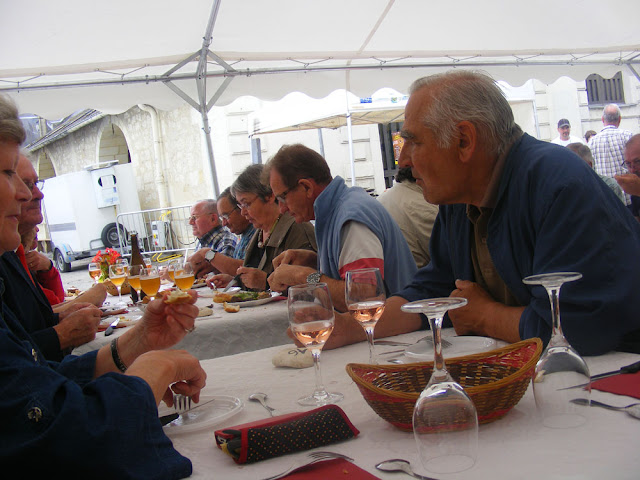 At one point I looked across at the next table and noticed that they had beer. According to my table companions, that was because they were Belgian. The man partially obscured on the left is the Grand Master Commander of the Commanderie Sainte Maure de Touraine (cheesemakers guild), and he's Belgian. He's obviously well established, as no one made any sort of remark about it, except as an explanation for the beer.
Posted by Susan at 09:00

The frites and cheese look good!

As opposed to the charcuterie I take it? :-)

The charcuterie looks lovely....
a good ale would sit well with those...
as with the cheese. Think "ploughman".....
and a good green tomato chutney....
goes very well with 'complet' and chèvre!

Yup. The goats cheese pup pastry I have had before and they are excellent.