24 June 2017 was the anniversary of the morning the results of the referendum in the UK shook the world of British citizens living in Europe and Europeans living in Britain. The campaigning group RIFT that we belong to decided that it would be a good idea for regional members to stage a picnic to express their solidarity with Europe.


Picnicking in June at Chaumussay. Photo courtesy of Niall. 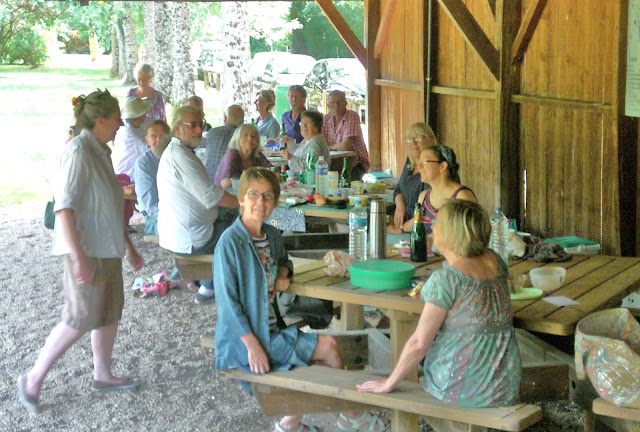 Since the outset of the Brexit kerfuffle I've been organising monthly gatherings of my personal network. I felt it was really important to enjoy and value our friends while we still could, and, in the case of the British, provide support for one another. The first few were apéros held at our place, with attendance of about 40 people, British, French and the odd American. Then in May I decided to opt for a picnic, held at the Chaumussay picnic grounds, which are particularly well appointed and attractive, and have the advantage of only being a few kilometres away. I emailed the mayor of Chaumussay to let her know what I was planning and asked if there was anything I needed to do. Her response was that it was a public space so I could use it with no particular restrictions. Naturally I included her in the invitations.

Roger and Polly the airedale depart. 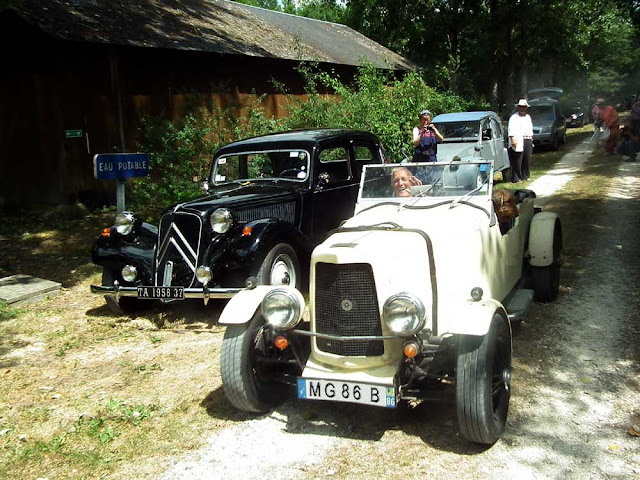 The May picnic was attended by about 20 people and I led an orchid walk to a nearby orchid hotspot after lunch for the group which seemed to be very well received. It was a good exercise for me to do something like this in two languages.


Artist Sam Lee talking about his work to South African visitors
(with Claudine taking a photo in the foreground). 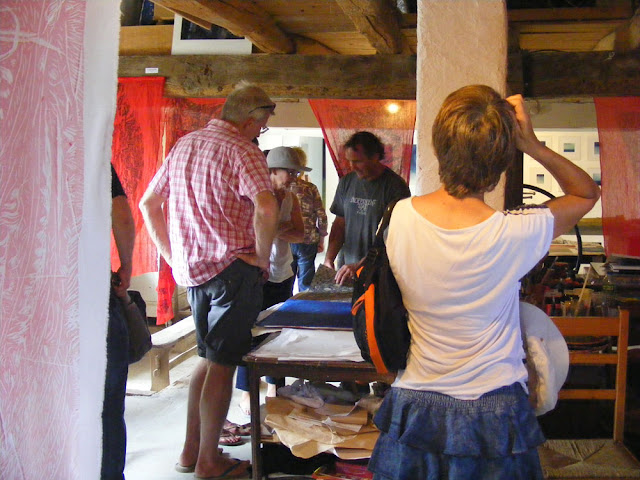 At the May picnic one of the participants, Rieja, who is an art photographer, mentioned that she was having an exhibition on the weekend of the Brexit anniversary, along with a group of local artists. We decided to ask people to come to the June picnic in their old or interesting cars and we would visit the artists in convoy after lunch. Not many could manage an old car, but the artists circuit was a great success.


The work of Pierre Albasser displayed on the wall of Rieja's barn. Maud leafs through a booklet. 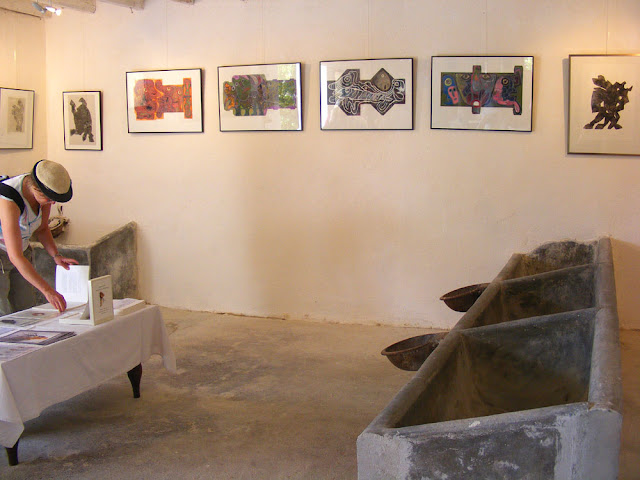 The June picnic attracted a group of about 20 English, Scottish, French and South Africans.  After lunch we visited the home of printmaker, photographer and sculptor Sam Lee, who was exhibiting in his studio along with photographer Eva Aurich. Then our friend art photographer Rieja van Aart, who was exhibiting in her barn with the painter Pierre Albasser and his engraver wife Geha. After that mosaicist and mixed media sculptor Gerda Jacobs, who had works in her barn along with photographer Christine Baudouin and sculptor Michaël Bataille. Finally it was the turn of sculptor Robert Scesa and his illustrator son-in-law Guillaume Bracciali. Together they form the group Les Artistes du Petit Pressigny.


Hélène ran into her Dutch neighbours at Rieja's. 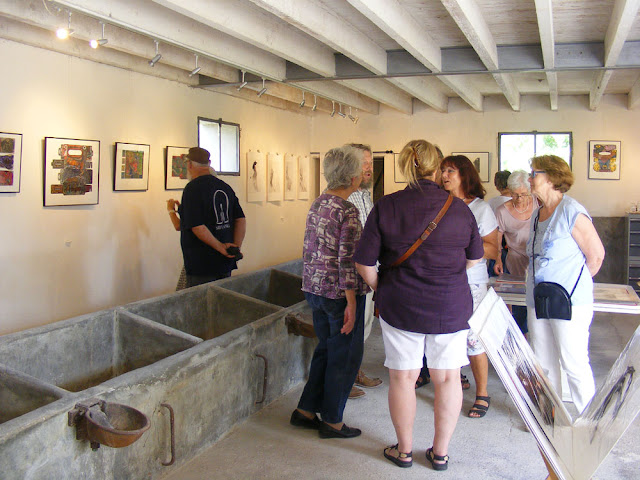 We ran into the mayor of Chaumussay at Gerda Jacobs place and she asked how the picnic had gone. I made sure to praise the facilities enthusiastically and she commented that she would have been there but was very busy that weekend. 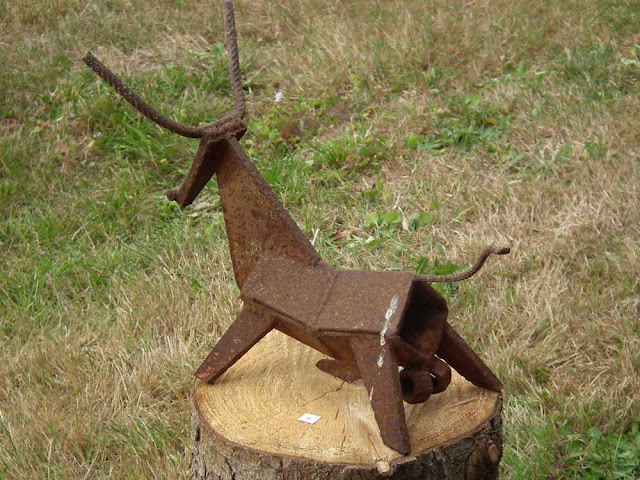 I really enjoyed seeing Sam Lee's wood block prints on textiles and Eva Aurich's cyanotypes. As usual this sort of thing made me want to work with textiles and prints and dyes again. I think the group vote would have gone to Robert Scesa's sculptures in wood, metal and stone. They were whimsical and amusing, often made from found objects, and his workshop looked the business.

Several keen photographers attended the picnic and you can see many more photos here:

Loulou (we are now on page 2, and as time goes on you will have to find us as we get pushed back)

Randos Culturelles et Gourmandes (scroll down past the Chateau Gaillard event to our picnic).

Photograph France was also there but don't seem to have created an album.

Email ThisBlogThis!Share to TwitterShare to FacebookShare to Pinterest
Labels: Chaumussay, Events, Food and Drink, The Car and Driving