The Carved Front Door at Chenonceau 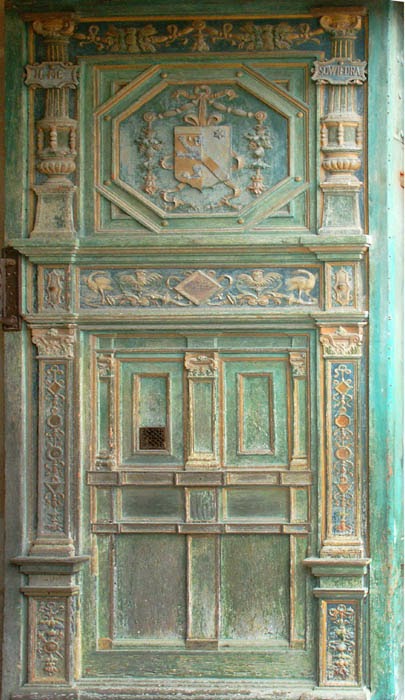 The splendid front door to Chenonceau is made of carved oak and dates from the 16th century. It is the original front door to the country house built by Thomas Bohier and Catherine Briçonnet in 1515 - 1521, which forms the main block of the current chateau. It is painted and Thomas's motto appears in cartouches tacked on near the top. They say 'S'il vient à point, il me souviendra', meaning that if the building is finished he will be remembered. Little did the poor man know that he would be more or less forgotten because of some remarkable women who came after him and made this place their home. 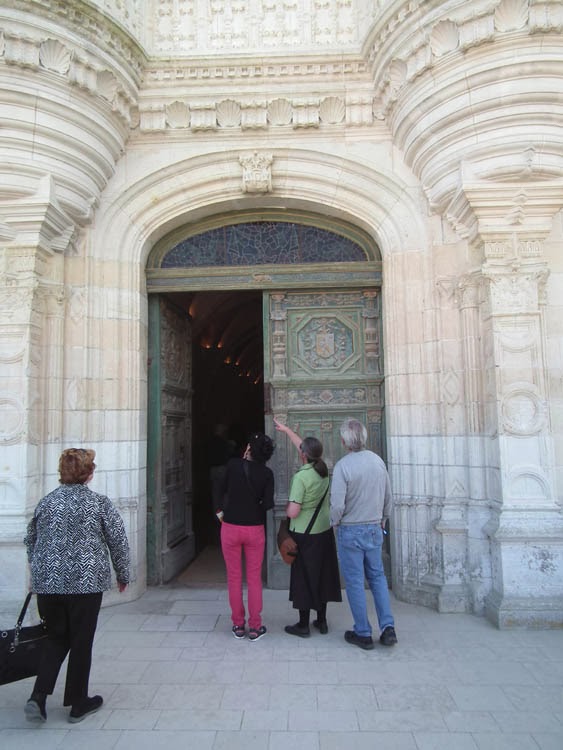 Across the lintel is an inscription proclaiming François King of France by the grace of God and Claude Queen of France, ornamented with the salamander of François. Thomas knew which side of the bread to apply his butter. Above that the stained glass in the transom light dates from 1954. Sadly the original window glass had been destroyed ten years earlier, in an American bombing raid.

When I saw the first picture, I thought the "porter's window" was a bit low...
Then came Simon's shot of you and two clients...
and the true size of the doorway becomes apparent...
it is HUGE!
And the little portal is then just the right height...
for an Igor to look through!!

Thanks for all the interesting history of these doors. They are indeed impressive.