As usual we were in Paris in early February for the annual classic and vintage car trade show Rétromobile. This year the star attractions on display were cars which had been owned by Indian maharajas. As you would expect they were the last word in custom design and over the top detail. 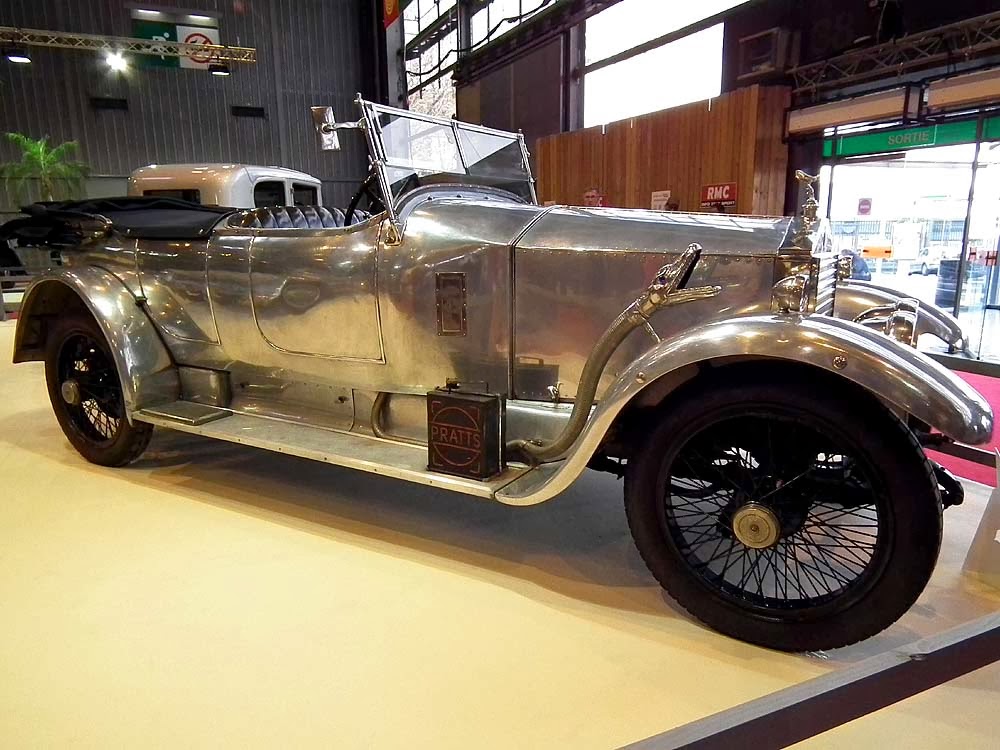 1925 Rolls-Royce Twenty with a special four-seater saloon body by G. Wylder & Co. supplied to H.H. The Maharaja of Bharatpur in April 1926. A roller with bells on (check out the front of the radiator). 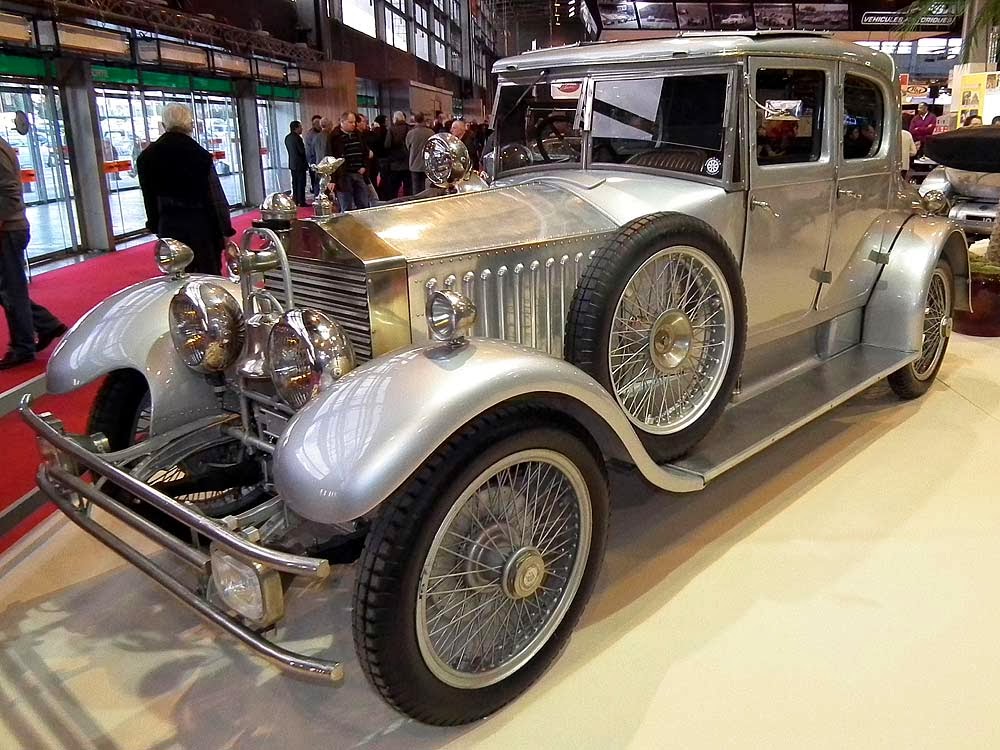 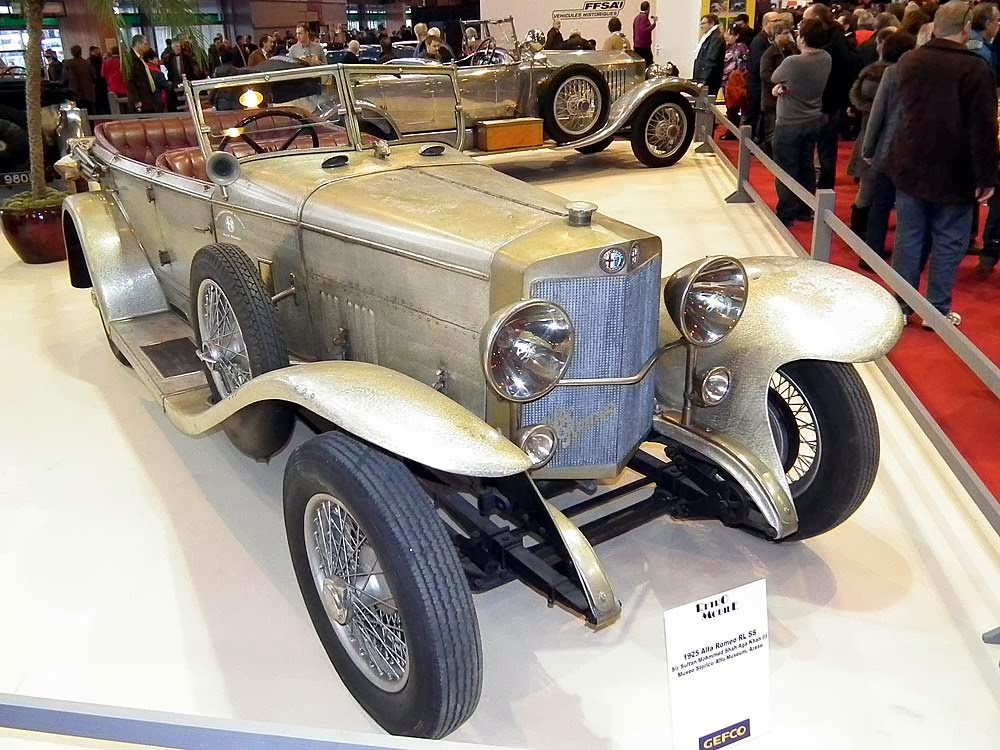 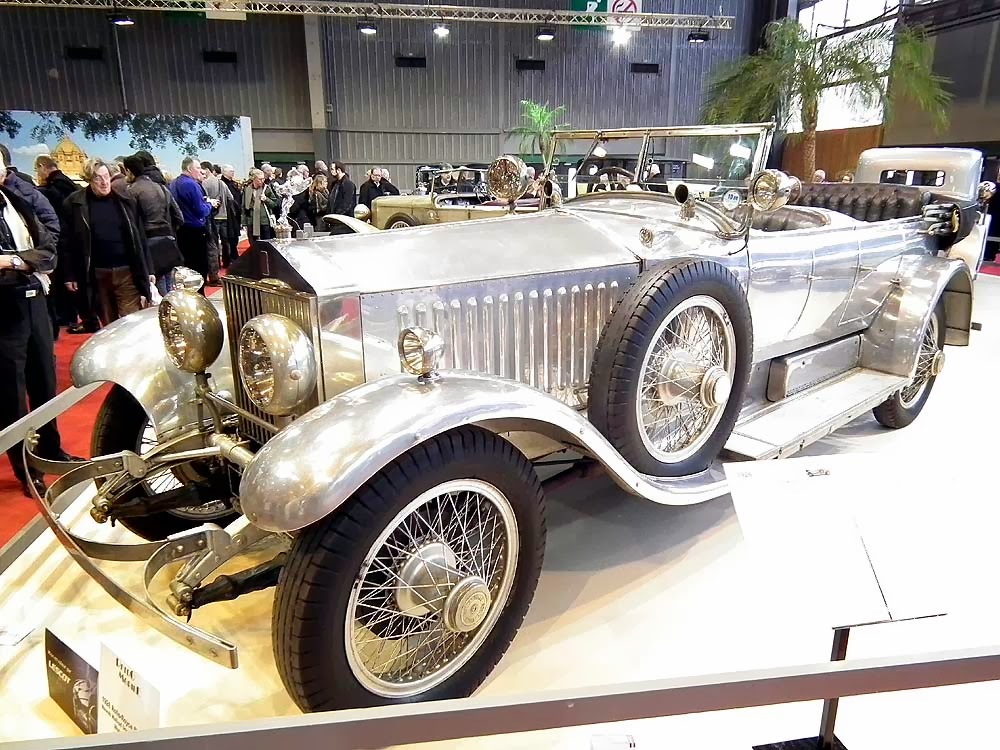 It has a 6 cylinder 95 horsepower 7.6 litre engine. Maharaja's were regular customers of the prestige automobile companies, especially Rolls-Royce, between the Wars. The Nawab of Hyderabad ordered this Phantom I in 1925. It was the brand new model, the successor to the Silver Ghost. Barkers, the Rolls-Royce preferred coach builder, was commissioned to do the body. It is finished in polished aluminium and the door panels are teak. There are two veneered folding tables in the back and a teak cupboard to hold binoculars, camera and water bottle. The car was used regularly until 1953, then retired to a garage to gather dust. In the 1960s it was purchased by a British car enthusiast and fully restored. 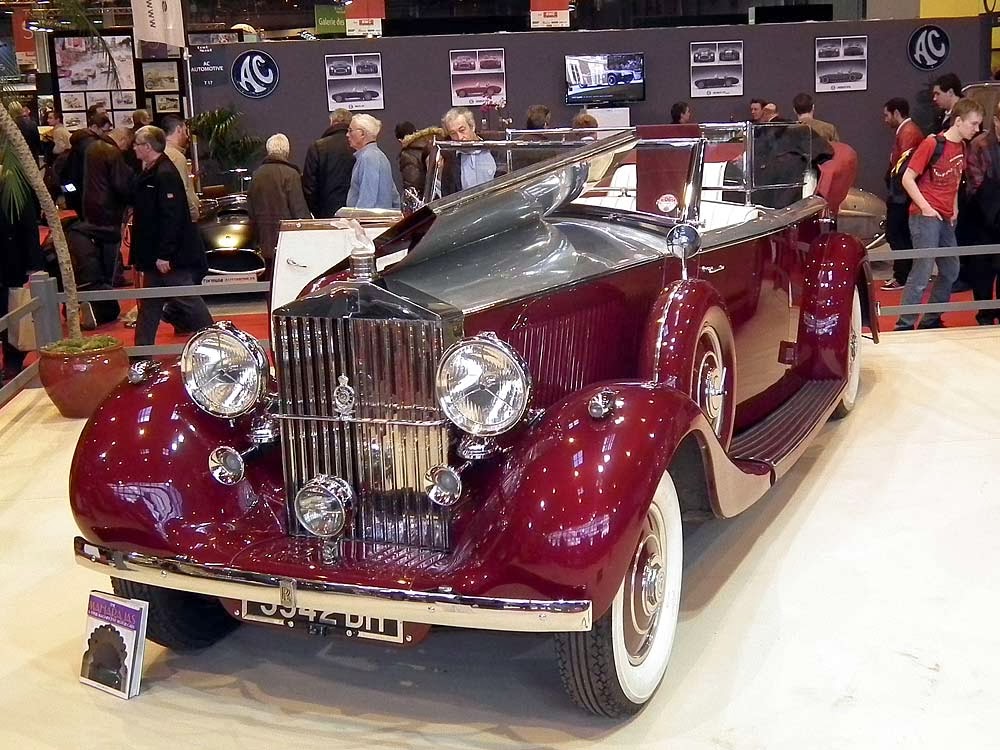 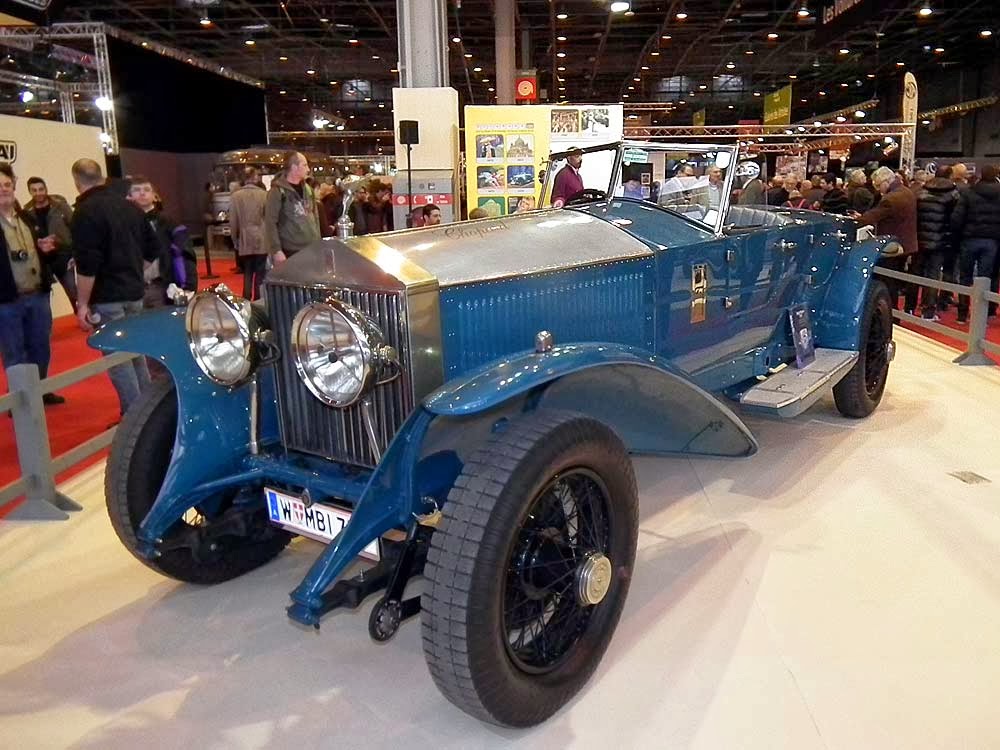 1929 Isotta Fraschini 8A with a body by Milan-based coachbuilder Cesare. 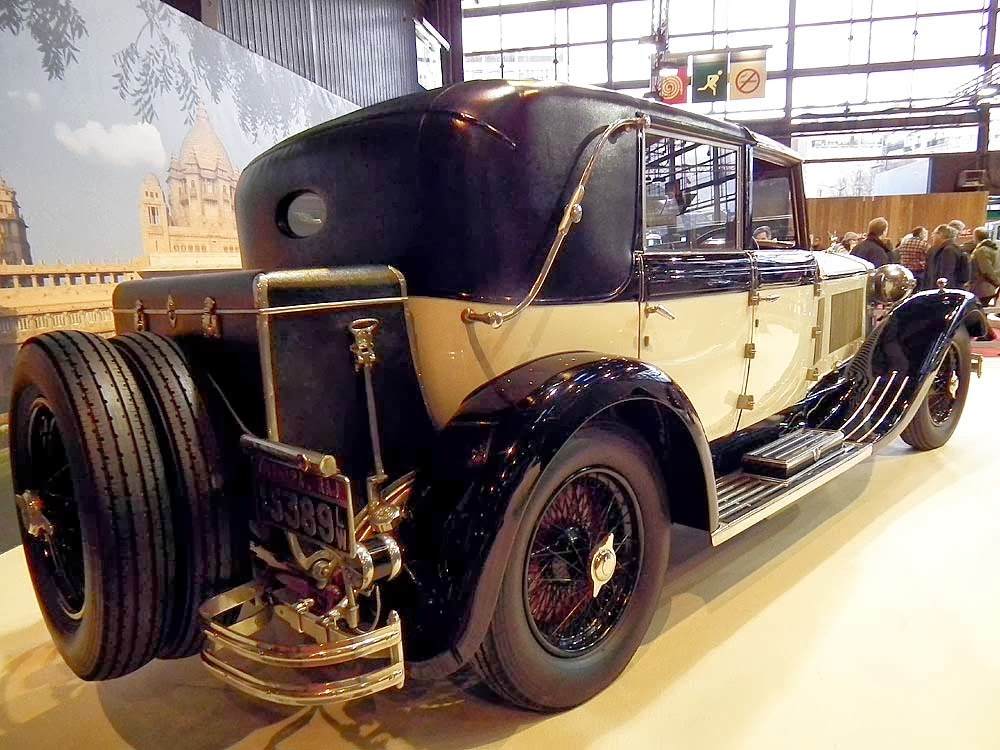 We were amused by the fact that although this vehicle has a fixed roof there is a brass S frame as if one can fold the roof back. The brass fitting is purely decorative. 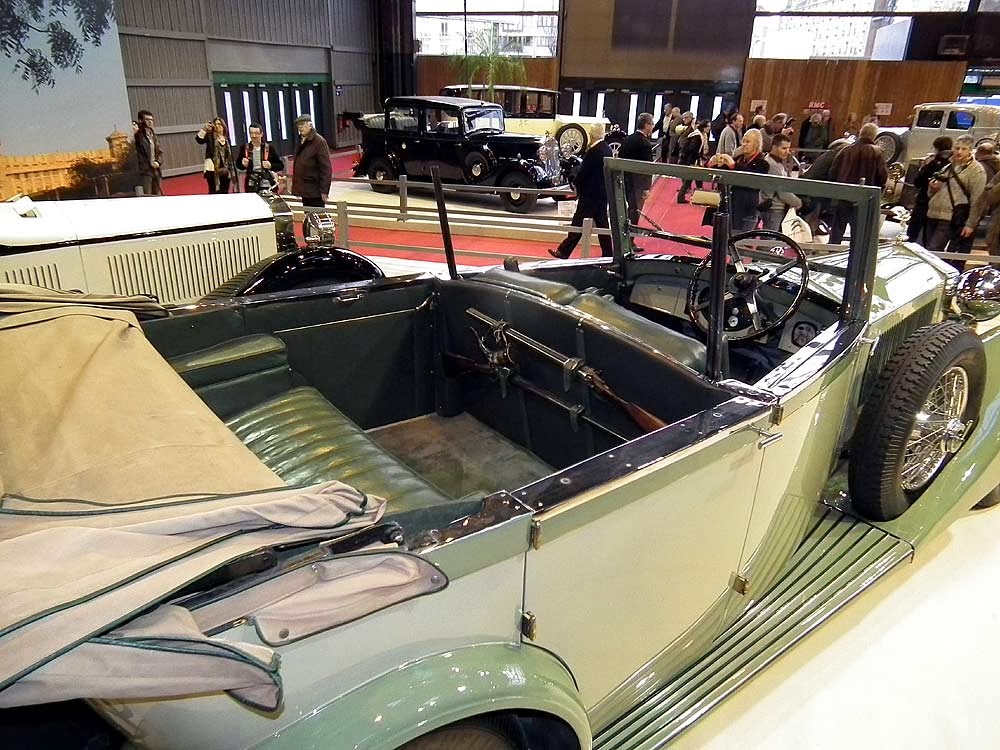 Can you spot the 4 shotguns mounted in the car? It is known as the White Tiger, after its owner, an enthusiastic and successful tiger hunter, found a white tiger cub, which rather than shoot, as he did its mother, he trapped. Enchanted by this beast he began a white tiger captive breeding programme and now this tiger's descendents are all over the world. 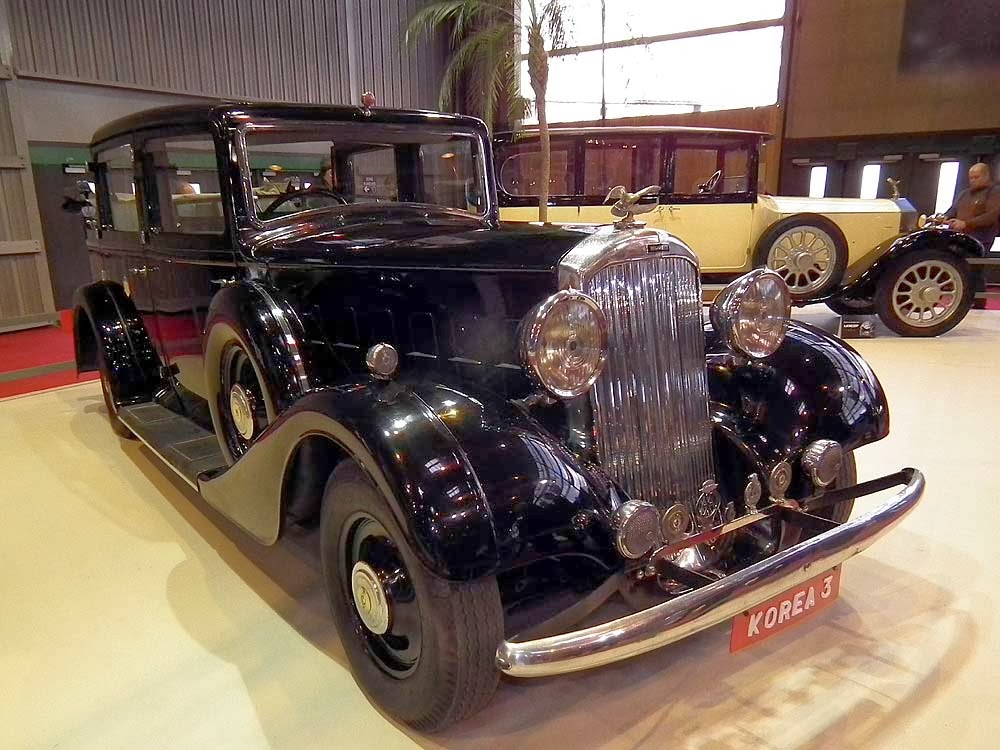 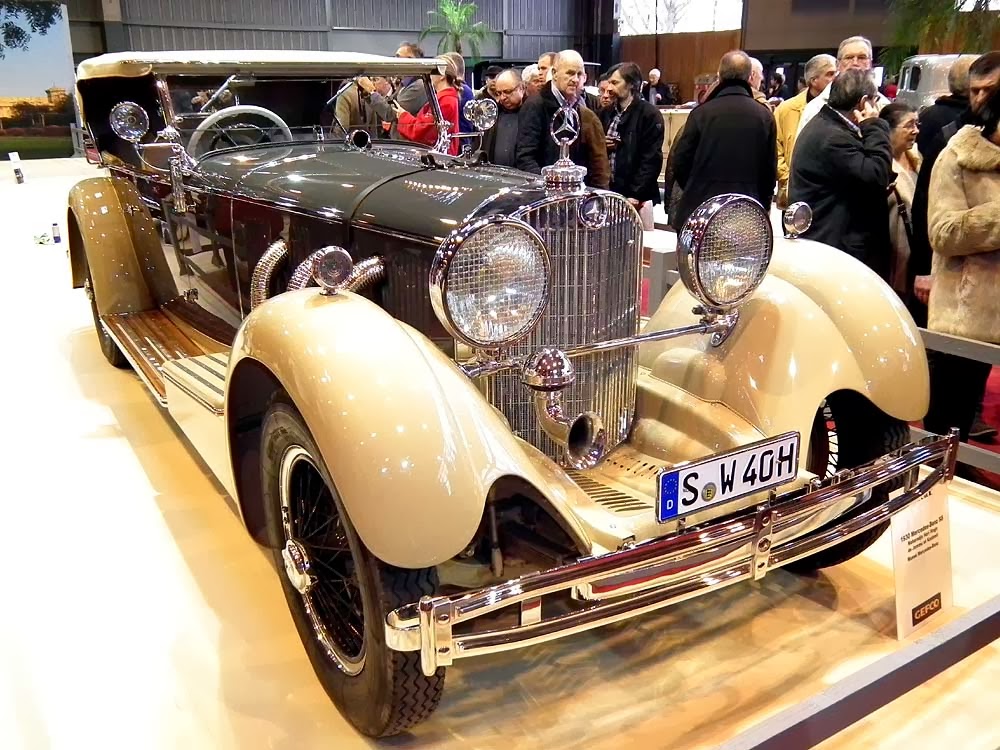 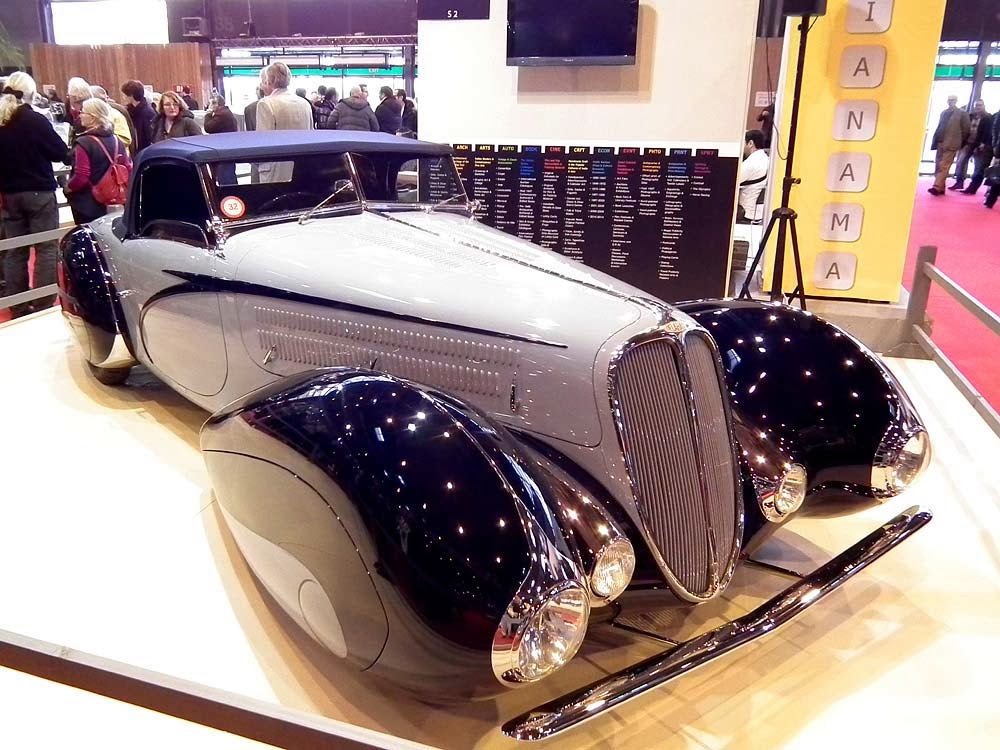 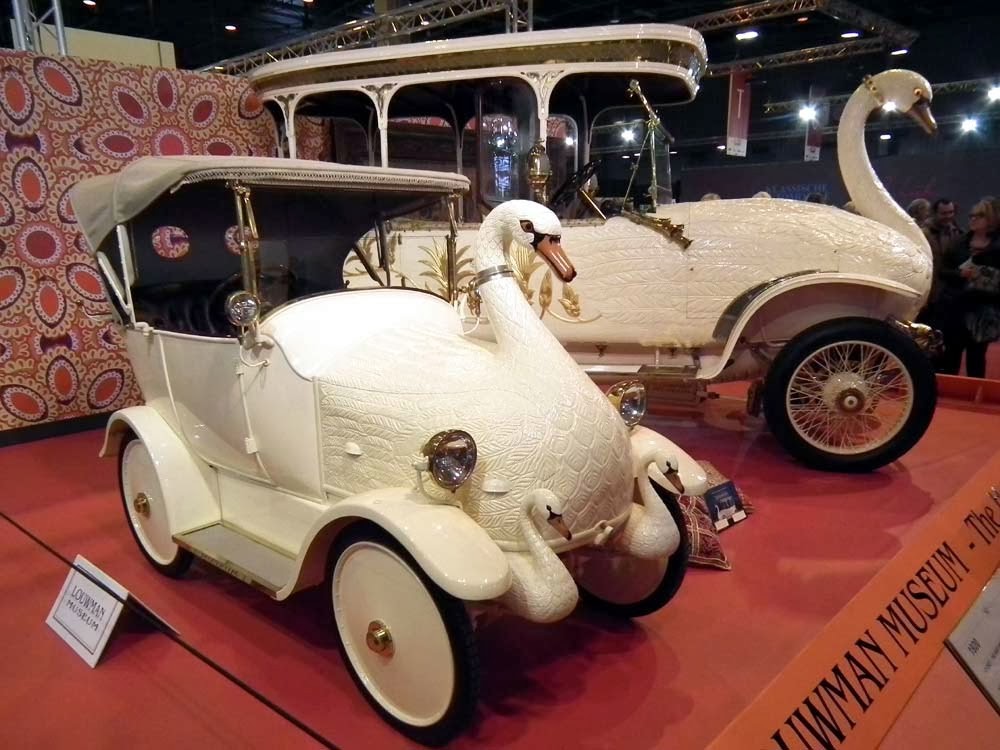 The brainchild of a wealthy and eccentric resident of Calcutta, Robert Nicholl "Scotty" Matthewson, the Swan Car was one crazy device. The bodywork represents a swan gliding through the water, with fish and lotus flowers made of gold leaf. The eyes are fitted with bulbs that can be switched on to make them glow. The horn is operated by playing a keyboard in the back seat. Passengers can communicate with the driver by means of a ship's telegraph system. The mudguards have scrubbing brushes fitted to sweep off elephant dung the car has run over. The swan's beak opens to allow the driver to clear the street ahead by spraying steam from the radiator. Whitewash could be dumped from behind to give the impression of foaming water as the car progressed.

The society elites of Calcutta weren't amused and the Swan Car was banned from the city's roads after causing a riot on its first outing. Mathewson, who had spent the considerable sum of £10-15,000 (as much as six new Rolls-Royce Silver Ghosts in those days) decided to sell his pride, to the maharajah of Nabha, whose family owned the vehicle for over 70 years. Soon after purchasing the original Swan, the maharaja developed the Cygnet, a smaller single seater electric version for pootling around on his estate.

In the early 1990s the Swan was rediscovered, its sumptuous silk upholstery having been eaten by rats. The Louwman Museum in the Netherlands purchased the vehicle and restored it to working order. The new upholstery is a copy made in India based on fragments of the original which survived under the seats.

The Cygnet is made of hand beaten steel sheet and is probably the oldest Indian made automobile. It too is owned now by the Louwmans Museum.

Orchard News: It's as wet as I have ever seen it in the potager. There is no way I could walk between the rows -- they have standing water in them. The onions and garlic seem to be doing alright though. Some creature has dug up and absconded with most of the broad bean seeds, but there are a few seedlings. I'll sow again when the soil is less saturated. The track is too slippery to take the car along and the lids on the rainwater butts were over in the neighbour's walnut grove. Too bad if I wanted to do anything down there -- it's too wet for any of the tasks that need doing, like mowing, digging in compost and burning woody waste.
Posted by Susan at 09:00

Great pics. Will have to make the effort and go one year. There has been a couple of Rolls for sale on Laboncoin recently!

Our garden is the same, it is as wet as I have ever seen it. No chance to do anything at the moment.

My collard greens and kale are very happy with this weather. I cut some leaves yesterday, but I felt like I was walking in quicksand out there in the back corner.

In the hope of more clement weather, I've bought 3kg of Stemster seed potatoes - would you like some? My broad beans went the same way neat little holes where I planted them. I son't suppose the puny survivors apprecieated yesterday's hailstorm either.

Ken: yes, I don't dare walk down the paths between rows in the potager.

PG: I'd love to have some of your Stemster. Somewhere between 10 and 20 is about right for me, but whatever you can spare. I have two rows of neat little holes and half a dozen broadbean seedlings too. We got smaller than pea sized hail, but our neighbour Eduouard says it was golfball sized at Bossay.