Heritage Conservation in the Royal Citadel of Loches

Over the years we've lived here we've watched the various works at the Logis Royal and the Donjon in Loches with interest. There is always some sort of conservation or archaeological work going on or a new curatorial project to further our knowledge of the site and suggest improvements to the presentation and visitor experience.


Intricate stone work in Anne de Bretagne's oratoire. Her ermine tail emblem is repeated all over the walls. 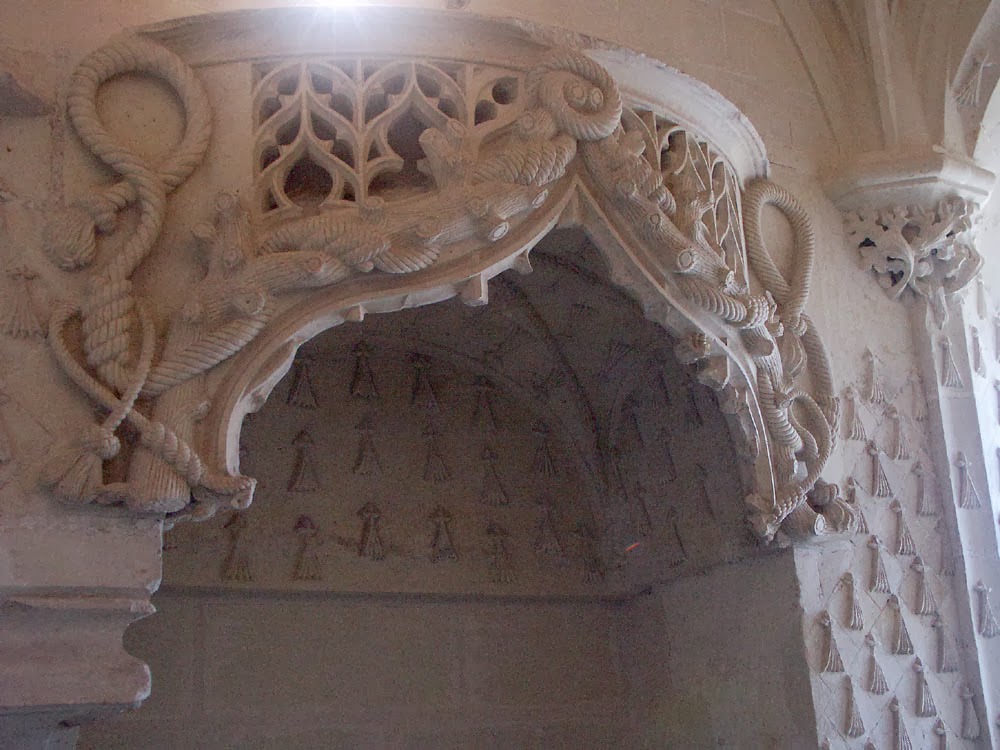 The repair of the Logis Royal has not been a wholesale restore to as new condition. Far from it. They have been careful to allow the visitor's imagination to fill in the gaps rather than make a pastiche. It has been important that original patina has been retained, even when it means that in places the public cannot enter. As far as possible visitors are allowed to see into fragile rooms, but not always walk right in. In this way the rooms are protected from the CO2 visitors exhale and from abrasion by their clothing. Fortunately the rooms are small and details can be plainly seen from open doorways. 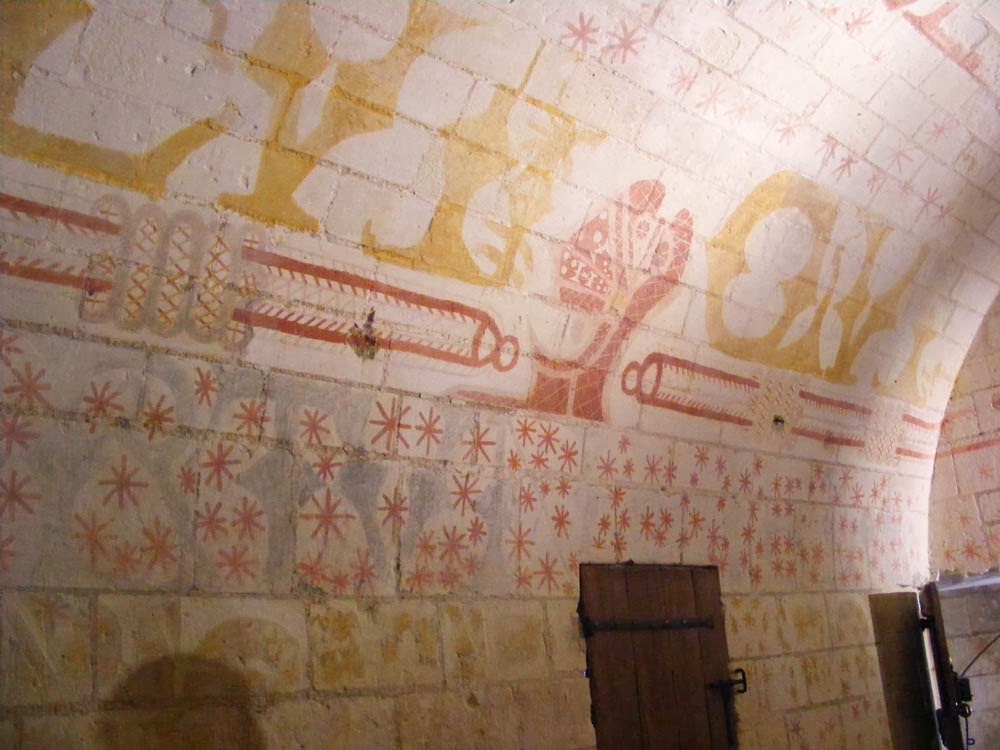 The most obvious example of this way of managing a fragile room is Anne de Bretagne's oratoire, which dates from about 1500. Anne, Duchess of Brittany, was the wife of two kings of France -- Charles VII, who she married in secret at Langeais Castle when they were both teenagers, and his cousin and successor Louis XII. Her ermine tail emblems, the mouchetures d'hermine, were cleaned with lasers and micro-sandblasted, then the whitewash renewed. Her 'work room' (library) next door was a prison cell during the Revolution at the end of the 18th century and is covered in graffiti left there by prisonners.


A detail of Ludovico's wall paintings. 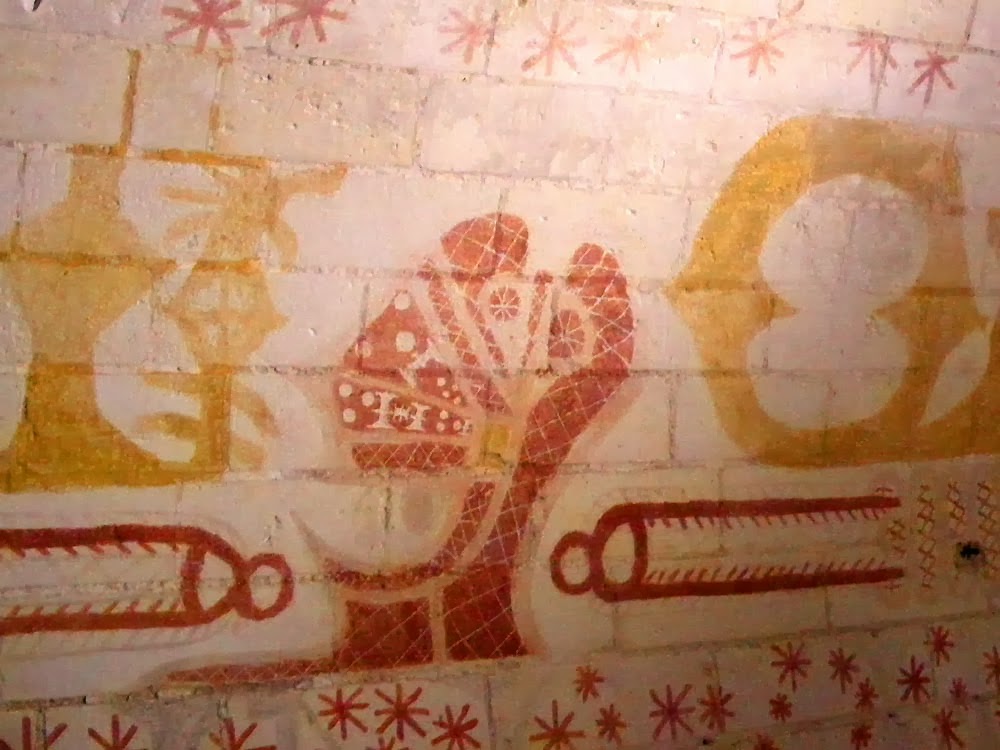 At the other end of the citadel, in the Martelet Tower of the Donjon complex is another prison cell covered in graffiti, but of quite different origin. Anne's husband Louis XII believed he had a claim to the Italian duchy of Milan. The Duke of Milan, Ludovico Sforza, became his prisonner in 1500. Ludovico, a highly cultured and educated man, was a great patron of the arts and the man who commissioned Leonardo da Vinci's Last Supper. He is even known to have assisted in Leonardo's studio. He died in Loches in 1508, having spent the previous four years in a windowless underground cachot (cell). To while away the time, Ludovico painted the walls and ceiling of the cell. The paintings had become very fragile and have suffered from damp and lack of ventilation. After extensive conservation work to stabilise the paintings and the underlying stone, visitors are now allowed into the room. A little reversible watercolour retouching has been done where it was felt necessary, to permit the visitor to make better sense of the pictures, but once again, the restoration has been accomplished with the lightest possible hand to retain maximum authenticity.

(To read about yet more unique grafitti in another tower on the citadel, see my previous post here.)
Posted by Susan at 09:00