One of the most charming features of Sydney is a series of tidal swimming pools set into the rocks, just about one for every beach. You can get an idea of their locations from these aerial photos. 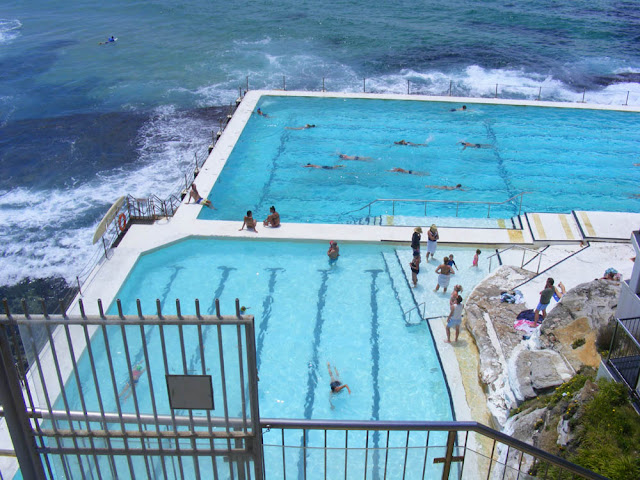 The pools are seawater, flushed and refreshed twice a day as the tide comes in. They are enormously valued by the locals and were pioneering venues for mixed bathing at the beginning of the 20th century. 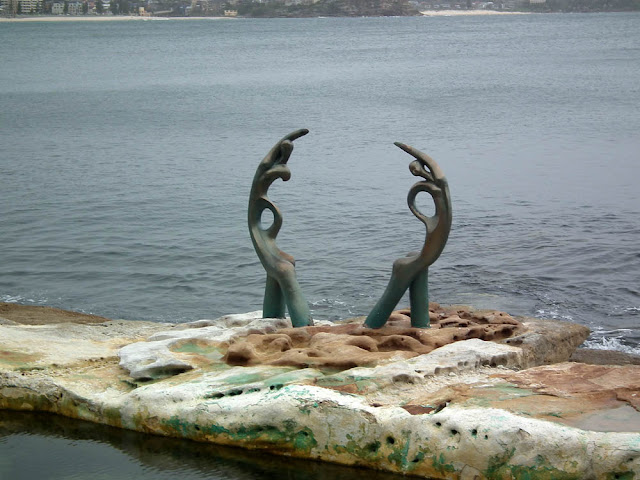 Oceanides by Helen Leete, a sculpture on the edge of Fairy Bower pool in Cabbage Tree Bay.

Because they are in many ways just rather large rock pools, these swimming pools have resident wildlife. This ranges from various small fish to octapuses and the occasional wobbegong (carpet shark). The wobbegongs aren't overly dangerous, but they will bite if startled, so they are generally encouraged to go elsewhere as they are a bit of a nuisance if you are swimming laps. 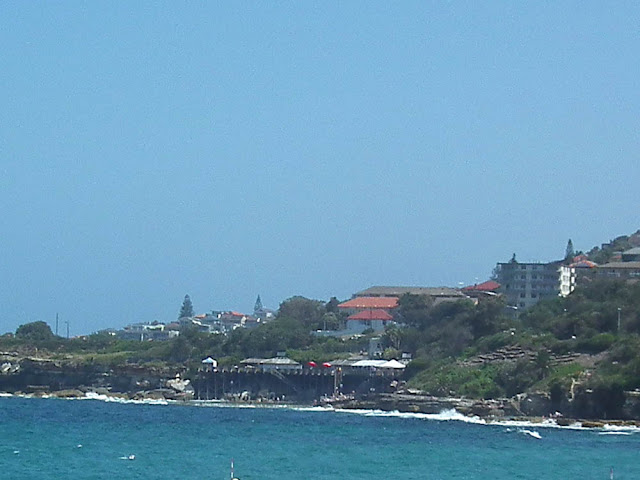 In January last year there was a tragedy at Wylie's pool, on Coogee beach, when the cleaning staff got it wrong and chlorine used to keep moss off the rock surround so it is not slippery accidently contaminated the pool water, killing the resident Gloomy Octopus Octopus tetricus. Pool users were unforgiving and the pool management had to issue a carefully worded mea culpa.

For an account of swimming Sydney's tidal ocean pools, go to the Lazy Swimmer's blog.
Posted by Susan at 09:00

They are Gloomy ocyypies, aren't they...

I have always likes Wobbegongs...
especially the pretty frilly-edged ones, ever since I first saw them at London Zoo.
I can understand why they are called carpet sharks...

These pools are fascinating. My first encounter with one was in Saint-Malo in Brittany.

I feel bad for the Octopus, but it wasn't entirely the fault of the pool cleaner because he/she was only doing his/her job. Besides, it was an accident and no one wanted to kill the fishes near pool because it's one of its main attractions.