Galahs Eolophus roseicapilla are just about ubiquitous in Australia. This common and widespread pink and grey cockatoo has adapted very nicely to white settlement, and is as likely to occur in an urban setting as in the outback, and everywhere in between. 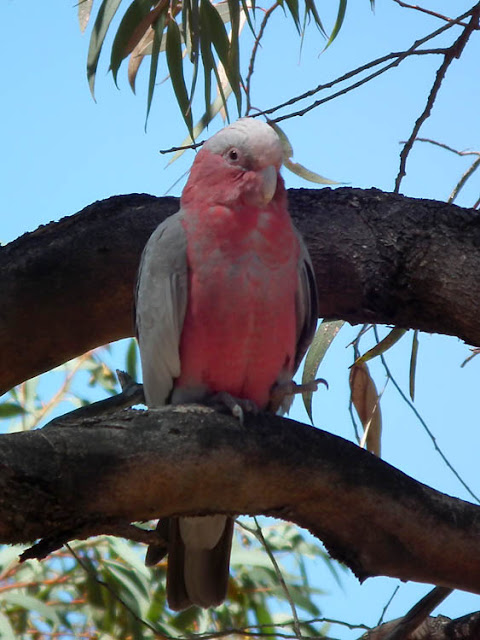 When I was growing up they were quite popular as pets, but my impression is that very few people keep caged birds now. They are clever and clownish, and very easy to like (unless you are a farmer who has had a flock descend on his cereal crop...)

They have given their name to anyone who is a fool or does something stupid and you quite often hear rural folk describe someone they think is an idiot as a 'flamin' galah'. 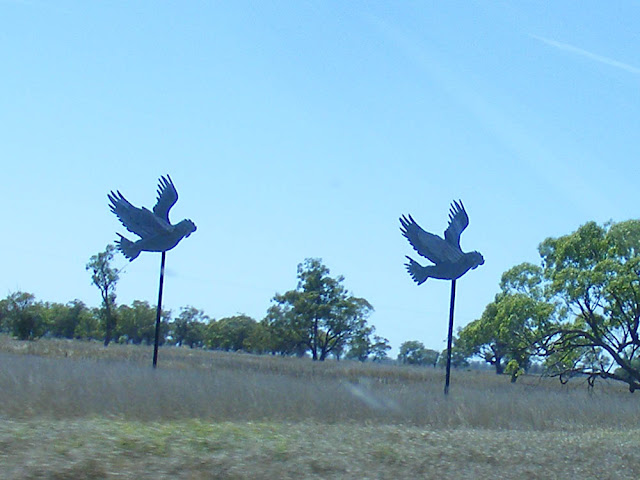 Galah is pronounced 'gull-ah' and the small western Queensland town of Gulargambone (usually pronounced so that it sounds like 'gull-ah-gah-bone') has adopted the galah as its emblem. On the road into town there are a dozen or so galah sculptures mounted on poles and made out of corrugated iron -- a common building material here for roofs and sheds. 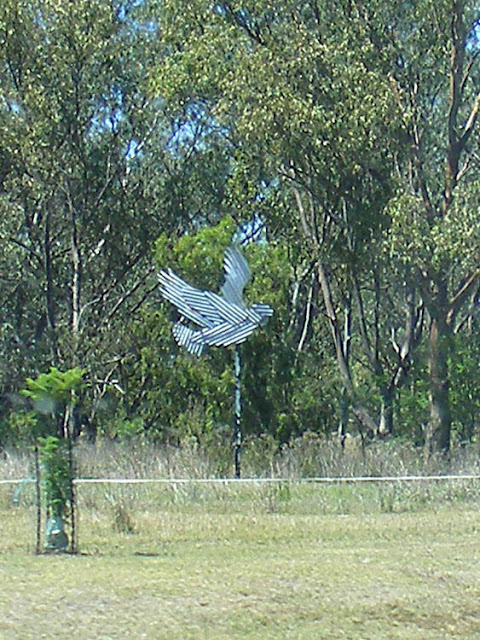 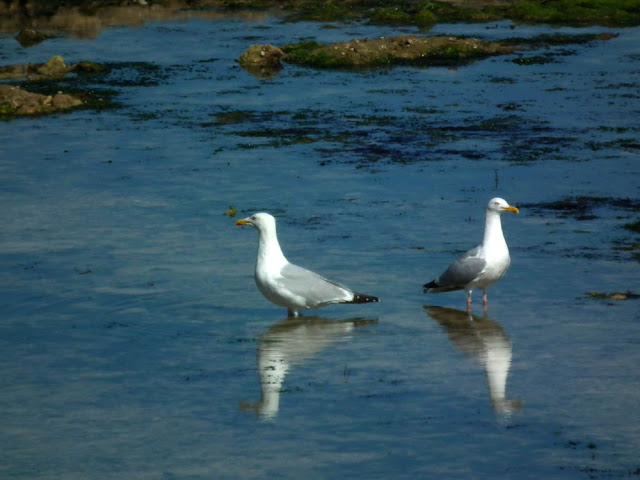 "they engaged in a short bout of pair bonding, posturing with beak clacking and head bobbing to greet one another."....

and then promptly turned their backs on one another!!