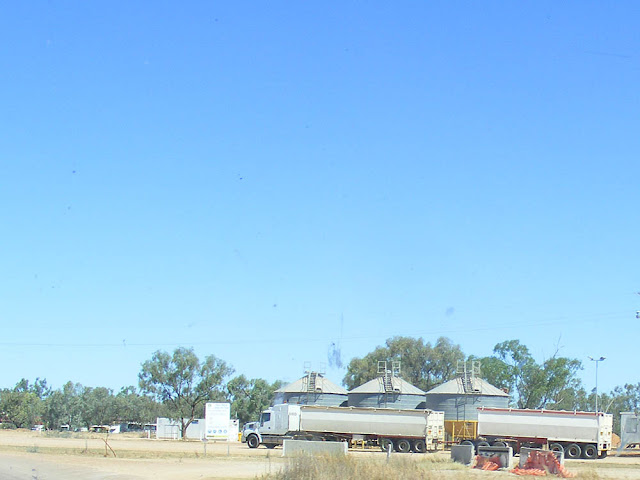 This is the Graincorp facility at Thallon in western Queensland. I took this series of photos because I wanted to show the scale of the site, but I don't think I've really managed to get it across. 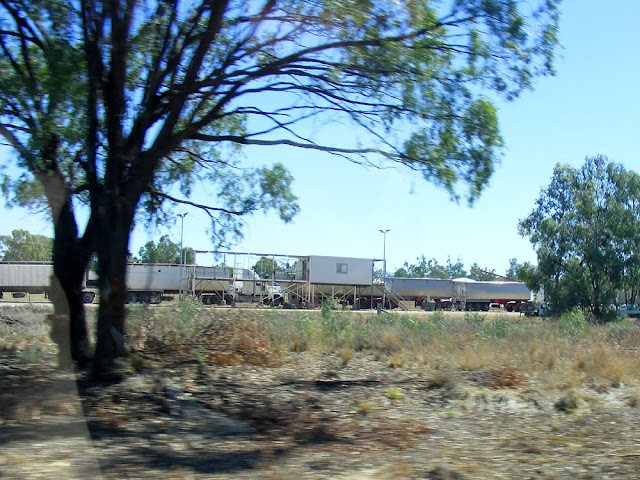 I wanted to show the huge tarpaulin covered piles of grain, the roadtrains like worker ants servicing the silos and the clouds of dust. It's quite a contrast to the small, neat, tightly contained grain silos you get around Preuilly. You get glimpses in these photos, but I just never seemed to be in the right place at the right time. 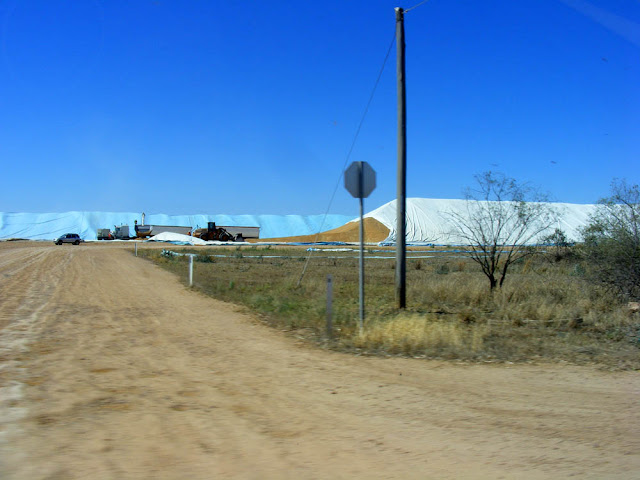 Graincorp is one of the few agribusinesses in Australia to be listed on the stock market. Traditionally, farming does not fare well with shareholders, as their outlook is too short-termist. Most agribusiness is in the hands of family trusts or co-operatives. 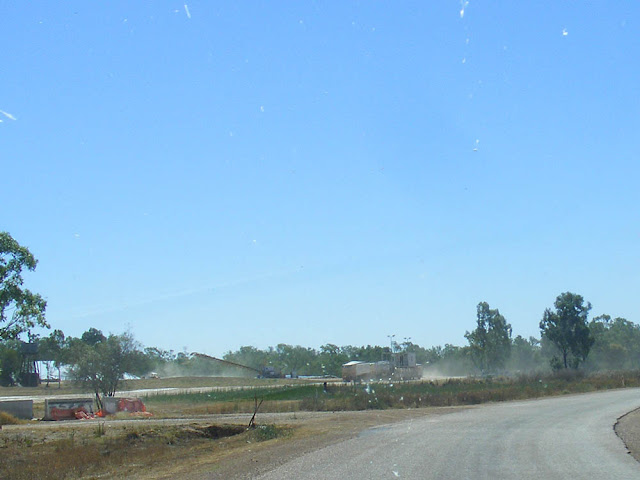 Graincorp has a near monopoly on the storage and movement of grain in eastern Australia, with 280 sites across 3 states. Originally they were a government agency, but were privatised in 1992 and listed two years later. 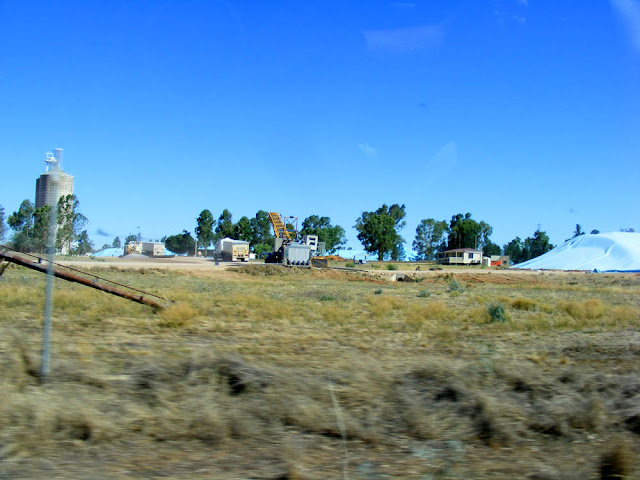 They have capacity for 20 million tonnes of stored grain in Australia. It comes in to depots like this by roadtrain. There is a railway siding on the facility, so much of the grain leaves by rail, but some continues its journey by road. Some is destined for the domestic market, some is exported. The Australian wheat market has been completely deregulated since 2008, and Graincorp is expected to be the subject of ongoing takeover bids by American based companies. 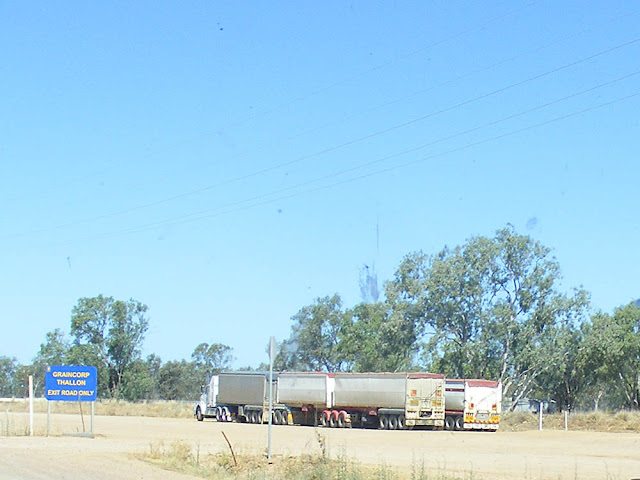 "GrainCorp charges for storage and handling by the tonne, and takes a percentage of gross value when it sells grain on growers' behalf. To an extent, GrainCorp's profits are not directly linked to grain prices - although that has not stopped its shares tracking wheat prices historically. But grain yields vary wildly from season to season: GrainCorp's record country grain receival of 14.9 million tonnes in 2010-11 was more than double the previous year's 7.4 million tonnes. The low point over the past decade was 2.3 million in the drought year of 2006-07." 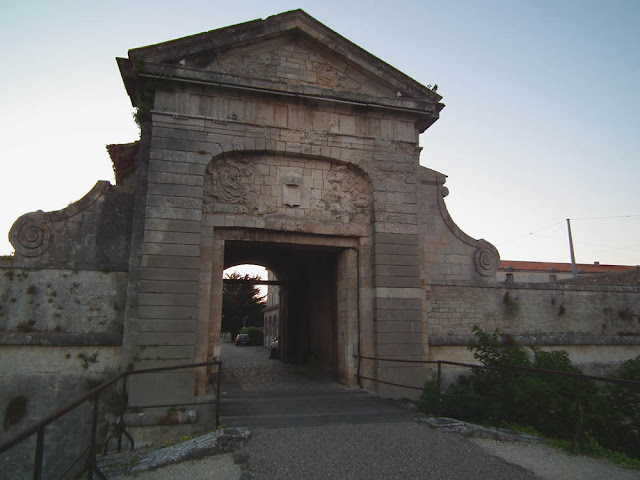 I think the third picture captures it...
when you look at the road train against the pile that is being taken...
and the blue covered pile behind!!