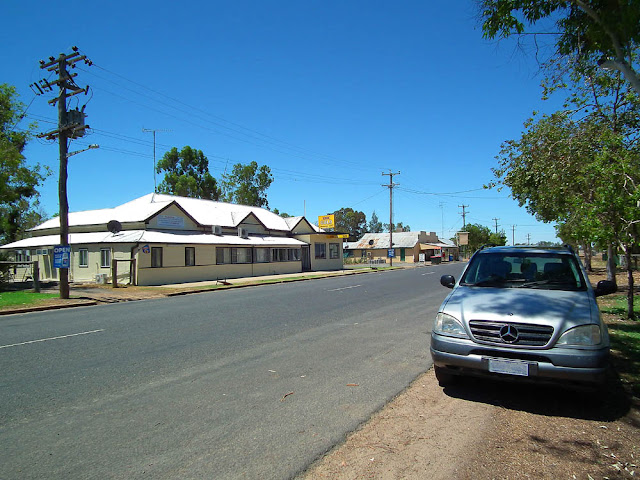 The Coronation Hotel, Toobeah, a typical bush pub in a tiny town in the middle of nowhere.

We arrived at lunchtime and thought we might as well try them. They had lots of signs on the roadside announcing they did food all day and you could shower there. There was no alternative in town and the next town in the direction we were going is 2 hours away. 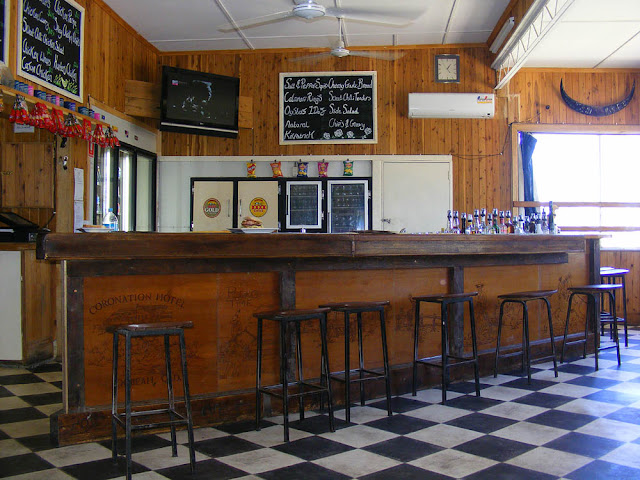 They sold lots of different beers, but very unusually, none of it was on tap. There were 'tallies' in the fridge, ready for sale in neat newspaper wrappers (presumably you can't get insulating neoprene tallie holders) and a large range of European and Australian beer in 'stubbie' sized bottles. The publican told us his son is a professional rugby league player, and lives in Carcasonne! The television over the bar was switched to SBS (Australia's multicultural public broadcasting station) and showing a French music video show! 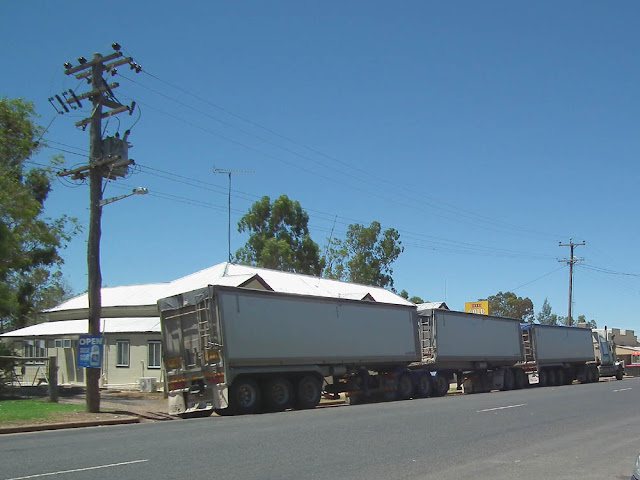 The food turned out to be excellent -- if you knew what to order. I had a steak burger, a good choice. Simon had salt and pepper squid. This turned out to be a bad choice, but he had gone for them because they appeared on every bush eating establishment menu we saw. He suspected they would turn out to come out of a packet, and they did, but felt he had to try them at least once as they were so strikingly ubiquitous (and a culinary fad that has occurred since we left Australia, so was new to us -- the fad, not the dish...). The driver of the road train above phoned in his order from a few miles down the road. That's his burger sitting on the bar, ready for his arrival. Contract harvesters and cotton picking crews in the area are likewise invited to phone their orders in or radio ahead (a uhf radio sits behind the bar for such services). You can even message them on Facebook! 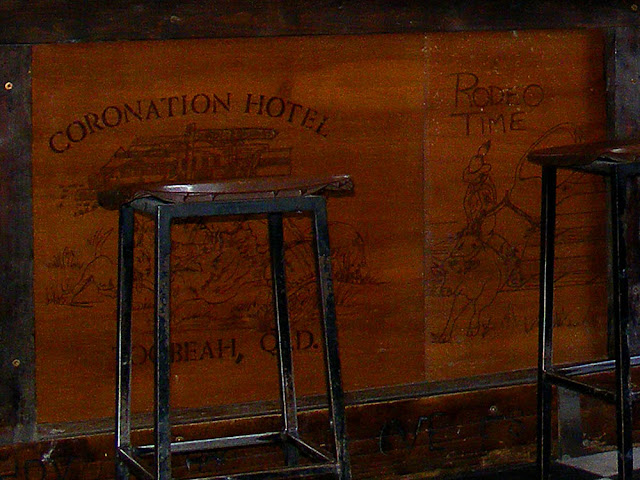 A bit of a shame that the rather good poker work on the bar is obscured by the stools.

**************************************************************
Ile de Ré Reflections - A Bird Back From the Brink: Little Egrets are common now in the Loire Valley and on Ile de Ré where we recently went camping. Happily this is a bird that has made a wonderful comeback, after almost being hunted to extinction in Europe. They are apparently tasty and were eaten in vast quantities in medieval times, plus they have pretty white plumes, just the thing for decorating a 19th century hat. Numbers reached an all time low in the first half of the 20th century, but in the 1950s France introduced laws to protect and conserve them. Within a couple of decades the numbers were clearly recovering. They are the same species as in Australia, and can be identified by their fashion victim combination of black legs and yellow feet. This one was photographed by Simon on the LPO reserve on Ile de Ré in July. 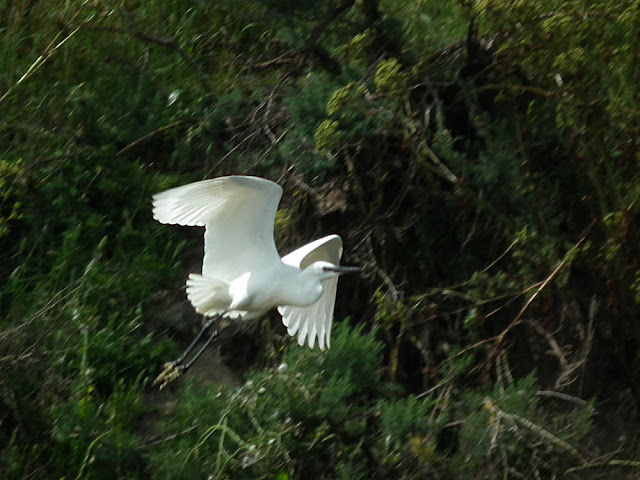