A British parachute is used to display some photos of underground printing operations during World War Two. The chute is blue to camouflage it because it was used by someone dropped at night. 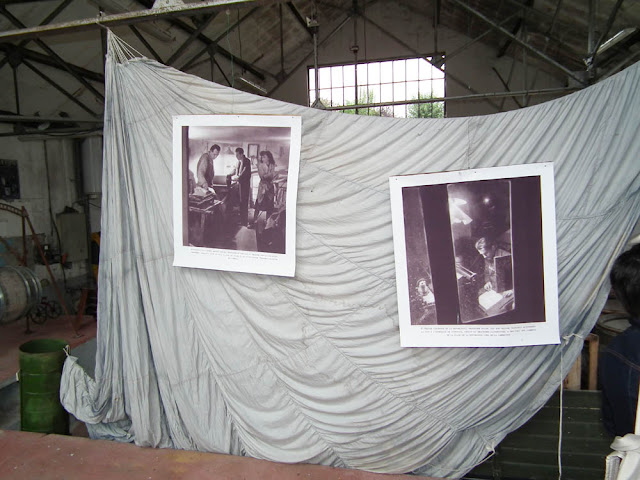 Vincent Roussely, who is a young wine maker we enjoyed visiting recently in Angé, has had an exhibition this summer about the French Resistance and wartime imprimeries clandestines in the building across the road from his impressive winemaking facility. I imagine it is no coincidence that since his father is a collector of old vehicles, they feature prominently in the display. 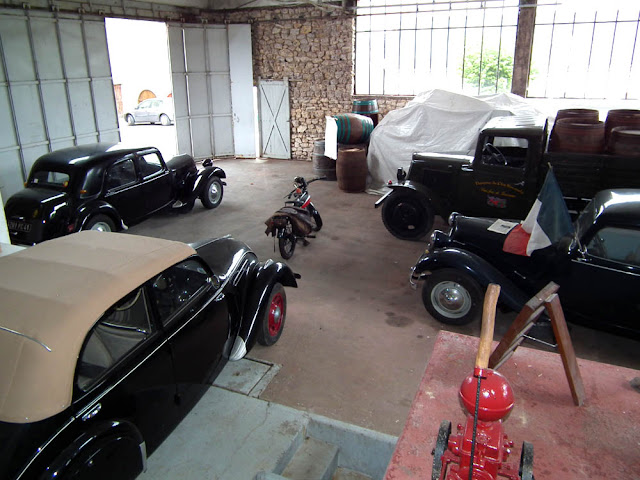 The underground printers produced newspapers that gave the French people an alternative to the German propaganda. Somehow they managed to source the necessary paper and ink, and distribute the newspapers secretly. 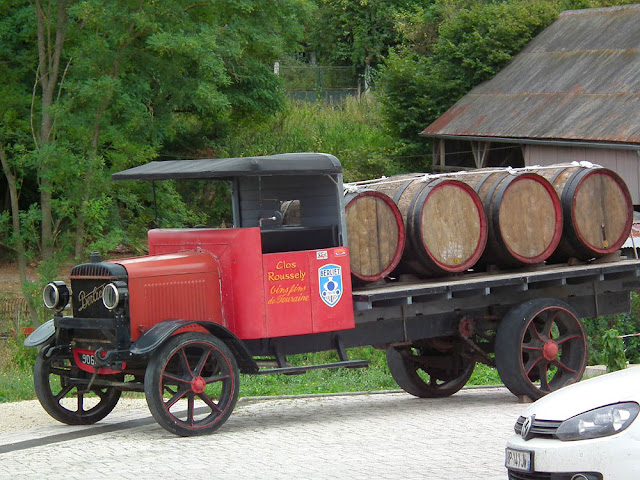 Local hunt associations have contracts with their local communes, renewed every 5 years, and the hunt is allowed to access most land, whether in public or private ownership. If you wish to withdraw your land officially from being accessible to the hunt you must fill out the appropriate form at the mairie and provide documents such as your deed. After this has been processed the ban on hunting on your land will not take effect until the next time the 5 year hunt association contract is renewed.

This year in Indre et Loire hares and pheasants may not be hunted except with special permission, in order to allow numbers to build up. A limit has been put on the numbers of woodcock hunters can take for the same reason. As a general rule you are not allowed to hunt at night or in the snow (although there are some exceptions).
Posted by Susan at 09:00