A box of bits today:

When we first joined Traction Universelle (the French car club for owners of Traction Avants) we were mentioned in the club magazine, being Australian and exotic and all. This year we are making an effort to actually attend some of the outings and Susan has managed to get herself photo'd and published. It isn't the most flattering of photos (mouth full of black pudding, probably), and even though I was standing right next to her I managed not to be included. This is a skill I developed in the 1980's after over-exposure in band publicity shots. 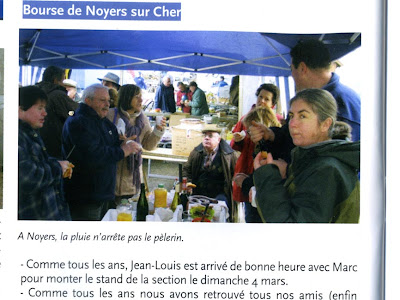 On Sunday we went to the local chapter of Traction Universelle's Peche et Petanque day. There would have been 5 Tractions there, except that we had just washed Célestine prior to having some clients and the weather was slaughtering it down; so we took the Renault. I have no doubt we will write more about this in days to come. 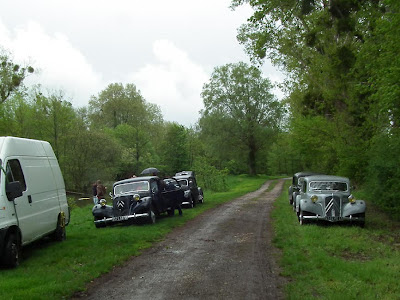 When I was looking for video of Australia (for an upcoming post) I discovered this, an Australian Traction Avant filmed in the 1960s. 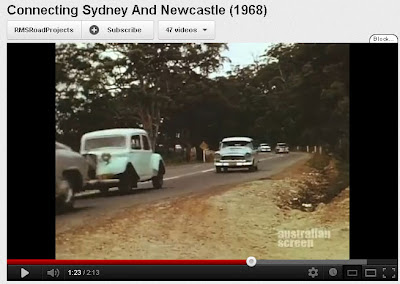 If you want to see the movie, it's here.

That's a pretty ratty looking Traction. Looks a bit like one or two of my first ones when they were cheap cars. The most I paid was $500 but mostly $150 to $250.

Sounds like a normal July day in Chenonceau carpark! hope you're having fun, and not being too car-borish for Sue!