We have been working on the office. Last Thursday I mentioned about the stuff that fell out when we removed the ceiling, and a couple of days before that, the fact that the brick wall was an unattached curtain wall. 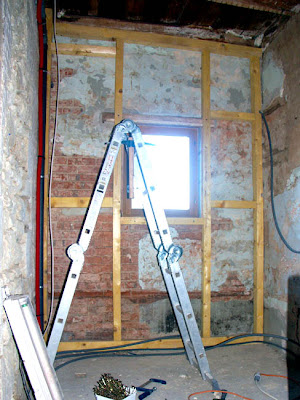 Well - no longer. The frame of the wall has been built, and the brick wall tied back to it. The frame itself screws to a large wooden beam that supports the roof, and the floor joists I inserted a couple of years ago. It is also bolted to 4 extremely large stones in the side wall (1 metre thick, and not going anywhere). 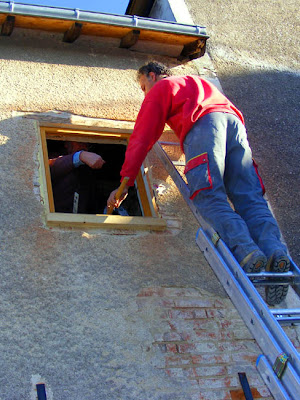 The brick wall is tied back very simply - large screws and even larger washers, going through the wall and into the wooden frame. It's not pretty, but it will work - as we were tightening the screws the brick wall shifted back about 1cm (½ inch). Now it doesn't move when I lean on it, a source of great comfort, and the aesthetic issues will be resolved when we get around to rendering the outside walls. 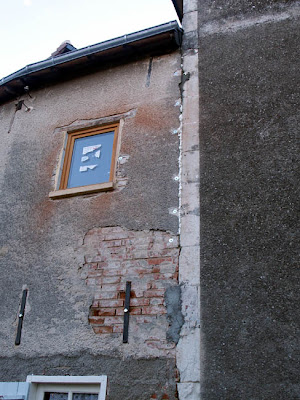 We have also used a can of expansive mousse (foam) to seal some of the gaps that have opened up. The wall will, of course, be insulated, but every little helps.

I am glad I have seen that frame work as I need to do some work up in the barn to convert a room into an office. One wall though is, where at the moment, there is an open space so have to give that further thought! Diane