When I checked the tyre pressure last Thursday, I noticed that one of the front tyres had a nasty split in it. This was only recent, but it's the kind of thing that can happen when you drive on very narrow, sometimes rough roads, often with one wheel off the bitumen.

I decided that advice was needed as to where to go to get a new tyre, so I called into l'Image just after lunch was finished to get a local opinion. No-one understood me. No matter how hard I tried to say "pneus" or do a mime, the message wasn't getting through. Eventually Christophe emerged and I was able to ask in English.

After making an appointment at the tyre place in Yzeures for Friday morning (they were busy Thursday afternoon) I returned home to check to see where I was going wrong with my pronunciation.

Trust the French language - a letter that every other language ignores gets pronounced in French.

Its apparently "p'nyer" (although some French speakers here will have other advice, no doubt!) 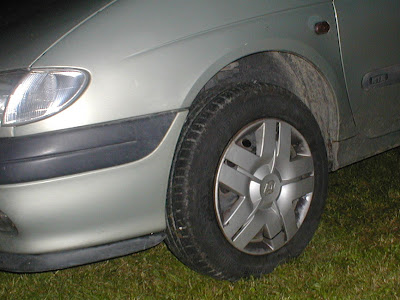 And now the weather - it has been hot and sunny all week (hooray!) until Friday, when it rained 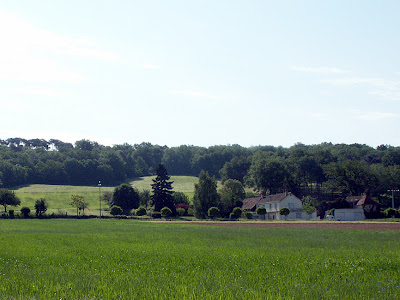 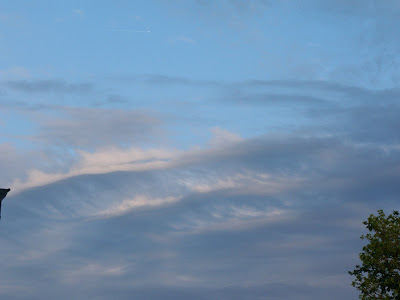