In addition to the cobbles in the back garden, we have a mystery concrete pad that stretches about half the length of the house and which is right up against the wall. The well is incorporated into this.
The back of the house, April 2007 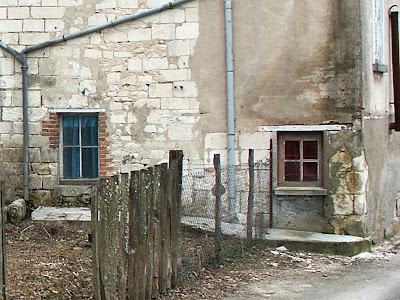 Concrete against the wall of a limestone house is not the best of ideas - it traps the water in the stone, and can dissolve it away. This is why we have always planned to remove it if we can. As I had my wrecking tools out for removing the cobbles, I decided to have a crack at the concrete too. 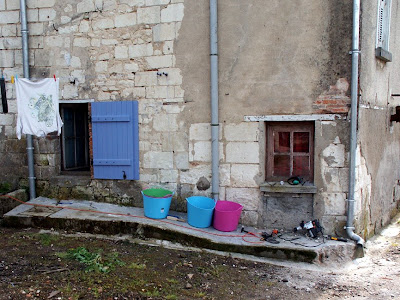 After 2 hours work I decided this is a job for the men with the big toys. I don't know what they put in the concrete here (it could be the water, which is very hard in itself), but it takes a lot of shifting. In addition, after two minutes of wearing the safety goggles and ear defenders I can no longer see anything as it all fogs up. Safety goggles may be a misnomer.....

My tools for breaking stuff. 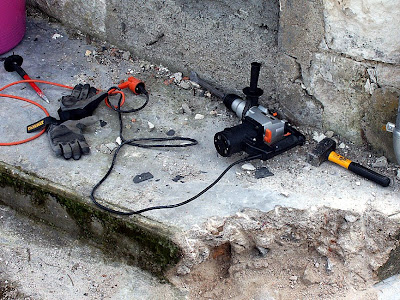 As mentioned before, I used the same tools for shifting the cobbles in the back garden. Here they are in use: 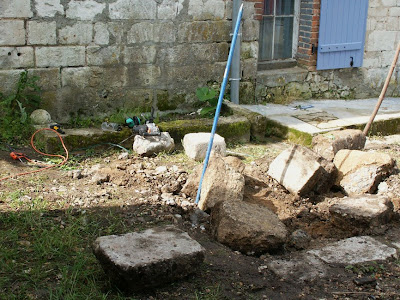 and here is the carved stone that was face down and being used as a cobble. I don't know which church it was stolen from, but I assume it was the same church our window lintel came from. 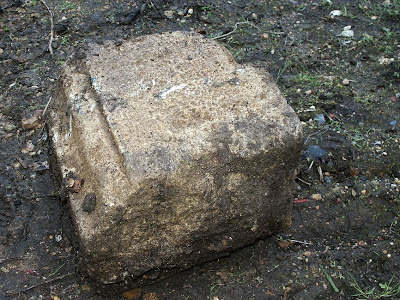