For those of you who read other blogs from France or live here, it will not be much of a surprise to hear that it has rained a bit since I have been here.

In fact (and my parents won't believe this) compared to this, last June was almost a drought. Even the Claise is flowing. 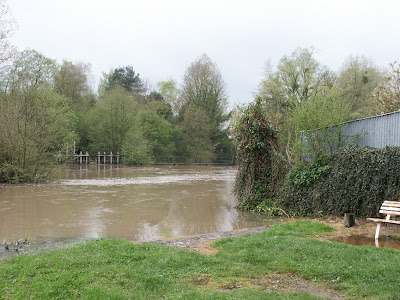 This is the river from our favorite spot - compare it to this.

The drive down passed without incident, it rained a bit and I saw 2 single car accidents I am fairly safe in assuming were caused by driving too fast in the rain. Both were small cars on their roof just after a corner. The police, tow trucks and pompiers were in attendance at both, so I did my best to stay out the way and pass quickly.

John and Jill, who post comments on the blog as anonymous (we know who you are!) invited me for dinner the day I arrived, which was really nice. Unfortunately for them all the caffeine I had consumed on the way down to keep me awake finally kicked in at 10.00pm...................

Apart from doing social stuff I have met the insurance lady, paid the plumber's bill and arranged for the phone to be put on. I have also installed a letterbox so that madame le poste can drop off all the advertising. I must pick up a "stop pub" sticker from the Mairie. 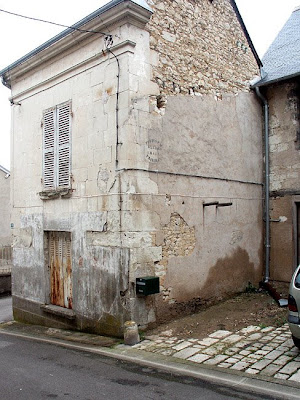 Apart from cleaning, no work has yet been done on the house. That starts tomorrow. Maybe.

Another view of the Claise in flood(ish).

ps apologies for any confusions caused by ,e typing on a french keyboqrd. It may get better later
Posted by Simon at 10:00