Boxing Day in the Snow

This is the closest Susan and I have come to having a proper white Christmas.

While we were living in London we started coming to visit France over Christmas because in the UK Christmas lasts for ever. We owned no car, so we were stuck at home with no options except continual war movies and Morecombe and Wise Christmas Specials from mid afternoon Christmas Eve to the 28th December, as for some reason all of the public transport just ceased.

When I discovered that public transport in Paris runs on Christmas day, that some shops (the essential ones like bakers and butchers) open on Christmas morning, and even some museums and galleries are open on Christmas Day, it seemed obvious where we should be. 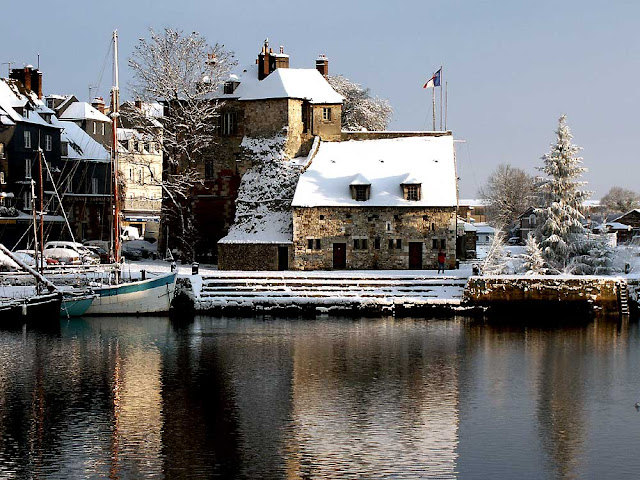 This photo was taken in Honfleur on the 27th December 2005. We had spent Christmas itself in Lille, then driven to Honfleur on Boxing Day, a day that in France doesn't even have a name, let alone a holiday. A month later we started looking for a home in France.

In France, Boxing Day would be lendemain de Noēl, and not a holiday as you said.
Your photo of Honfleur under the snow is striking.
I hope you had a nice Christmas confiné.

I've only been to Honfleur once, and it certainly didn't look like that!
bonnie in provence