Put a Sock in It

Yesterday Susan mentioned Eoliennes Bollées, how we are fans of the aforementioned and have blogged about them (link). On our last Sunday drive before Christmas (and our first after the second lockdown) we discovered another, completely by chance.

In 1963 the owner of the chateau of Nitray purchased a light plane and built an airstrip through his vineyards. The plane was built at Gap in the south-east of France, but by 1967 the builder was searching for another place to build new aircraft. A proposal was made to build a little hangar at Nitray and use the private airfield for flight testing new aircraft.

By 1975, the aircraft business had become such that the shed near the chateau had become too small. A new hangar was built on the other side of the runway, the runway extended to the main road from Tours, and a taxiway constructed.

We're not sure when the Eolienne Bollée was converted to take a windsock, but it's obvious that's what happened - you can still see the ring that the sock (now disappeared) was mounted on. 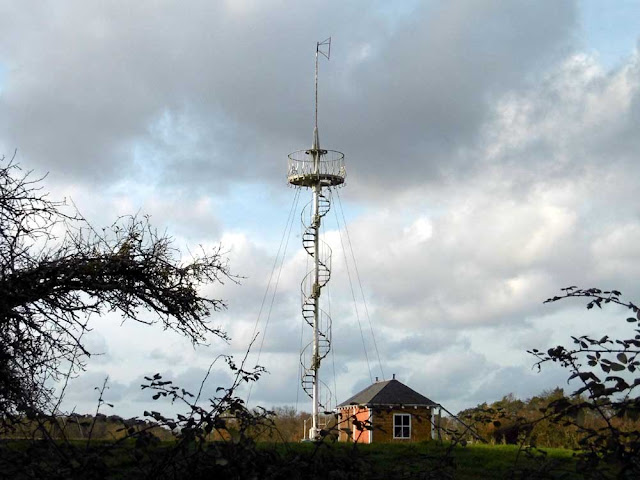 The airfield has now been replanted with vines, and the "new" hanger is still there, although owned by a business not connected with aircraft building.